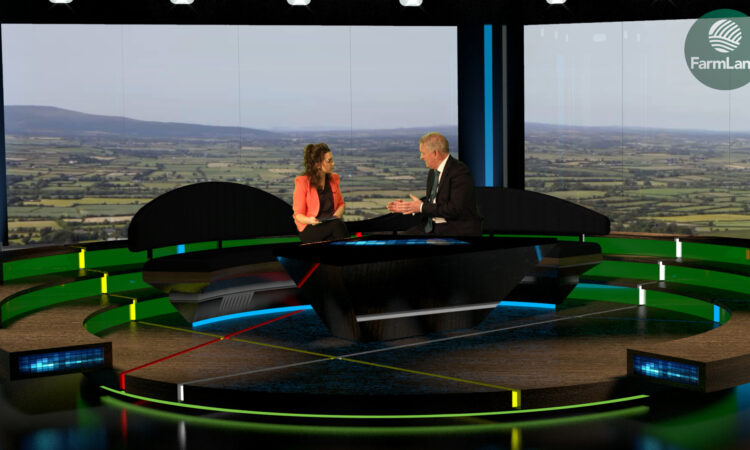 Tonight (Thursday, November 15) on FarmLand, businessman Peter Casey – who garnered the support of one in five voters during last month’s presidential election – will outline his ambitions to campaign on rural issues during the next General Election.

The outspoken television personality and former Dragon’s Den presenter will also reflect on the controversy that surrounded him in the run-up to polling day.

Undeterred by the debacle, Casey, who lives in Co. Donegal, also outlines his ambitions to run as a candidate in the next General Election – with rural issues central to his proposed agenda.

Also on the couch tonight, Richard Kennedy, the deputy president of the Irish Farmers’ Association (IFA), calls for changes to be made to the country’s trespassing and bail laws in order to protect farm families from criminal gangs.

Plus, Jackie Cahill Fianna Fail’s spokesperson on food, horticulture and forestry explains the actions that his party is taking to tackle the threats of rural crime and rural isolation.

Meanwhile, discussions will also circle around the recent introduction of the country’s new drink-driving legislation – with some concerns raised over the potential impact they may have on rural socialisation.

We travelled to Ballymahon Mart in Co. Longford to get the views of farmers on what they think of Peter Casey and whether rural issues are a priority for Government.

In addition, reporters Sylvester Phelan, Siobhan Walsh and Breifne O’Brien have in-depth reports from throughout the country focused on the impact of rural crime on farms and communities.

The reports include accounts from a farmer and contractor in Co. Tipperary, a tillage farmer in Co. Laois and a business manager in Cavan town.