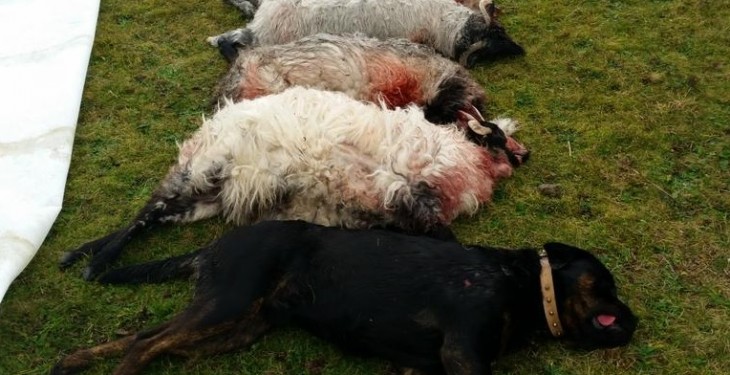 The Ulster Farmers’ Union is calling on local politicians to back proposals, recommended by the National Police Chiefs’ Council (NPCC), to tackle livestock worrying.

It comes as the number of livestock worrying attacks reached an all-time high in Northern Ireland during the spring.

A spokeswoman for the union said that, while the absence of Stormont makes it more challenging to progress this important issue, the UFU had written to all of Northern Ireland’s assembly members with the aim of being in a position to act quickly when the Executive is up and running again.

Pushing for a similar stance to Scotland

UFU deputy president Victor Chestnutt said: “In Northern Ireland, there is little legislation to protect farmers and their livestock.

“Having previously raised the issue with the Department of Agriculture, Environment and Rural Affairs (DAERA), we believe action needs to be taken here, similar to what is happening in Scotland. There, Emma Harper, Member of Scottish Parliament (MSP), is planning a Private Members Bill to tackle livestock worrying.”

The proposals from the NPCC include the creation of a database of dog DNA to help the police catch the animals responsible for worrying livestock.

The NPCC is also recommending that police be given powers to enter homes to seize dogs that repeatedly worry livestock. The UFU is also backing dog owners having to report attacks on livestock and new rules to push owners to take action to prevent dogs from escaping from their home.

With incidents rising, Chestnutt said it is vital the issue is tackled more aggressively, since each attack is also an attack on a farmer’s livelihood.

“Livestock worrying is an example of irresponsible dog ownership,” he said.

“We want our elected representatives to get behind the UFU to make the new proposals work in parallel with The Dogs (Northern Ireland) Order 1983.

“All members should report incidents to the PSNI and their local dog warden.”