Discussions about the future reorientation of the Common Agricultural Policy (CAP) post-2020 are well underway, according to MEP and first vice-president of the European Parliament Mairead McGuinness.

Speaking at the annual Lismullin farming seminar held last Friday (January 26), the MEP said the European Parliament’s agriculture committee is currently debating the latest communication from the EU Commission on the matter of CAP reform.

“The central thrust of the communication would see less Brussels control of the details of the CAP at ground-level, with more responsibility vested in member states to shape the details to suit national conditions and requirements,” she said.

This is a potentially significant shift and comes from a desire by the commission to address the view that there is too much central control by Brussels of the CAP.

She said the implementation of the greening requirements was very much Brussels-led and resulted in difficulties when it came to the practical application at farm level.

“Member states differ from each other; so, there is a certain logic in enabling them to tailor the details to meet national specificities.

“The concept of a new CAP is moving towards asking farmers to deliver on certain objectives set at EU level, but giving each country the freedom in how these objectives might best be achieved,” she said.

McGuinness said farmers need to make their views known about this proposed loosening of the centralised control of the CAP by Brussels, towards a more national approach.

“The idea is meeting with mixed reaction in the European Parliament and member states.

“For farmers, it should mean that the Department of Agriculture takes responsibility for detail and there would be less of an issue in terms of ‘blaming Brussels’,” the MEP noted.

The budget for the CAP is also in sharp focus, with a determination to resist cuts post-2020.

The full budgetary impact of Brexit will not be known for some time, but there will be an impact, she said.

McGuinness concluded by urging farmers to attend meetings on the future of the CAP organised by the Department of Agriculture in the near future. 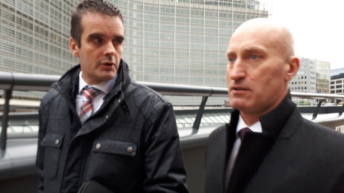