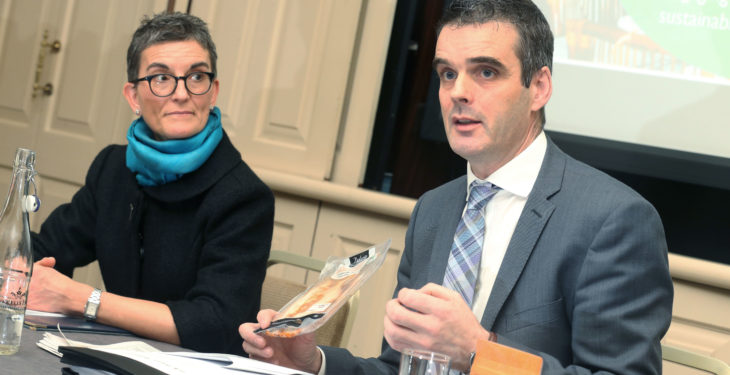 The current average farm income of just €31,000 is unlikely to change by the end of the year in light of extreme weather events, Joe Healy president of the Irish Farmers’ Association (IFA) has cautioned.

The aforementioned figure – quoted as the average for 2017 – demonstrates how farm income is “falling significantly behind” industry averages in other sectors, according to the farm lobby leader.

Speaking at the launch of the IFA’s pre-budget submission for 2019, Healy stated that it is “imperative” that the Government provides a strong farming budget this October given the “immediate threats and long-term challenges” for the sector.

In the medium term, both the exposure to Brexit and the battle to maintain Common Agricultural Policy funding for Ireland have created the perfect storm.

“Our message to Government between now and October 9 is that the future growth of the sector is intrinsically linked to support for farm incomes and policies that encourage investment at farm level.

“This year has taken a toll on farmers and the implementation of our Budget proposals can give them a signal that their role is recognised,” he said.

Advertisement
The IFA’s expenditure and taxation priorities for Budget 2019 are as follows:

The IFA’s Farm Business chairman Martin Stapleton said: “Budget 2019 provides an opportunity for the Government to give direct and positive support to farming enterprises.

“The IFA proposals call on the Government to tackle low farm incomes if we are to achieve Food Wise 2025 ambitious targets of €19 billion in exports for the agri-food sector, while also supporting wider economic activity in rural communities.”

“The Rural Development Plan achieves a number of important objectives, including protection for the environment, support for regionally-balanced farming, provision of public goods and farm investment,” he said.

As part of the IFA’s campaign, its officers will meet TDs and senators in the coming weeks at local level.

On Sept 26, the IFA will hold its national lobbying day at which its officers will meet Oireachtas members from all over the country.