The Tipperary-based TD said the anxiety experienced because of the delay in clarifying how they will be affected by the scheme is compounded by the government’s awareness of the ongoing instability in farm incomes – especially dairy and cereals (grain).

“There appears to be no clear inter-departmental collaboration in terms of addressing what is a very serious issue for a significant number of rural families,” he said.

While the Fair Deal Scheme, as it currently construed, is meant to bring some kind of respite or certainty, it is actually having the totally opposite effect in rural and farming communities.

“The inequity must be resolved and the scope of the scheme’s conditions broadened to include the unique circumstances that farming families find themselves in,” he said.

IFA’s Farm Family Chairperson, Maura Canning, has said that clarification on the Fair Deal Scheme as it applies to farmers, is urgently required.

The recommendations of the inter-departmental working group on the Fair Deal Scheme should be published without any further delay, she said.

Canning said the concerns of farm families who have been awaiting the outcome for a long time need to be alleviated as soon as possible.

Farm families are concerned that the viability of their farms will be undermined or lost in meeting the high cost of long-term nursing care.

“This issue has been ongoing for years and it appears that they know what they are doing, but juggling what way it’s going to be put into place,” said Canning.

The Department of Health told Agriland that when the Nursing Homes Support Scheme (NHSS) commenced in 2009, a commitment was made that it would be reviewed after three years.

The report of the review was published in July 2015. Arising out of the review, a number of key issues have been identified for more detailed consideration across departments and agencies, the statement said.

“An inter-departmental / agency working group has been established to progress the recommendations contained in the review.

“These recommendations include examining the treatment of business and farm assets for the purposes of the financial assessment element of the scheme. This work is currently underway.

“An initial report on progress was submitted to the Cabinet Committee on Health in September 2016,” said that statement.

“The Programme for a Partnership Government committed to reviewing the NHSS to remove any discrimination against small businesses and family farms for the purposes of the financial assessment element of the scheme.

“This review is also currently underway. Once all of the relevant review recommendations have been considered, any amendments required to the scheme will be identified.” 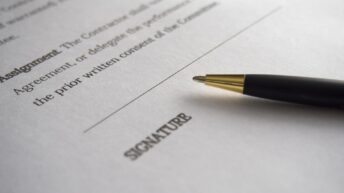