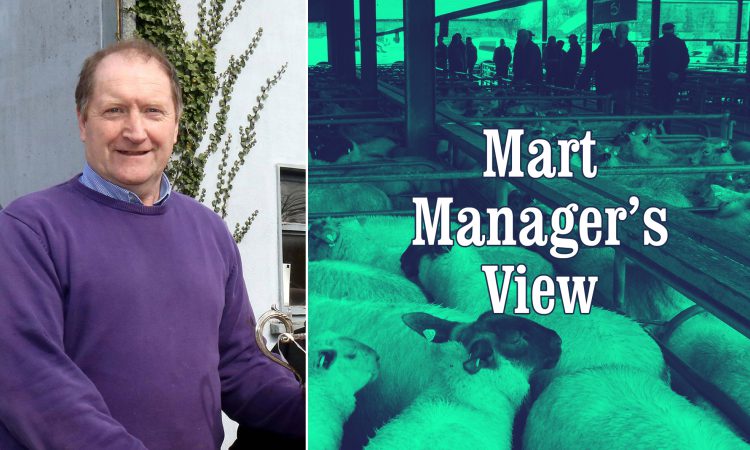 Loughrea Mart held its weekly sheep sale on Thursday (September 17), which saw the sale of lambs, hoggets and cast ewes.

On the day, “roughly 700 sheep” were presented for sale, with the trade that bit easier for finished lambs, according to the mart manager, Jimmy Cooney.

To get a an idea what the trade was like on the day, AgriLand caught up with Jimmy.

He explained: The trade for heavy, finished lambs was back €5-6/head on Thursday. Factory prices have started to drop off and that obviously had an effect on the trade. However, the store and ewe lamb trade remains strong.

The top price for heavy lambs on Thursday was €112/head for lambs weighing 51.7kg.

In general, butcher and factory-type lambs made from €95/head up to €110/head.

Store lambs were a great trade on the day and made up the majority of the sale. Lambs weighing 35kg or a bit less regularly made up to near €85/head. Even some forward-type stores made upwards of €95/head.

Cast ewes remain a good trade, especially those heavy-type ewes. The tops of the heavy ewes was €132/head. The general run of those types was €90-105/head, with a couple of exceptional lots making €120-125/head.

Hogget numbers are slowly falling back; however, the trade remains good for these types and has been over the past few weeks. 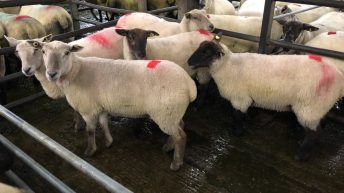