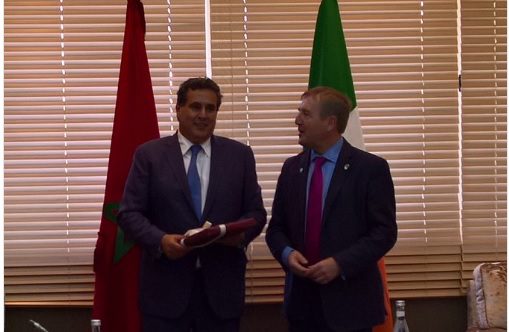 Developing export opportunities for Irish dairy livestock into Morocco was on the agenda of the Minister for Agriculture, Michael Creed, on day two of his trade mission to north Africa.

Today, the Minister for Agriculture, Michael Creed, led a delegation of Irish agri-food exporters to the Agadir region of Morocco on the second day of his trade mission to North Africa.

The visit to the Agadir region followed a successful previous day which included a number of high level events concluding in Casablanca with a business networking event hosted by the Minister bringing together Irish exporters and Moroccan importers and business people.

Speaking from Agadir, the Minister said that this visit is very much about raising the profile of Ireland as a source for safe, secure and sustainably produced food.

“We had a number of successful political and commercial engagements in both Rabat and Casablanca yesterday which have reinforced to both I and the travelling Irish companies the potential that exists for deepening the Irish-Moroccan collaboration on agri-food.

“Today we are in Agadir to further explore opportunities for Irish companies on this mission.”

The visit to Agadir commenced with meetings with a visit to the headquarters of COPAG, one of the largest dairy co-operatives in the country.

COPAG’s business model includes importing dairy heifers and selling them to farmers. In previous years they have imported Irish cattle.

They are also now expanding into both feed and meat production with some branded products on the market, according to the Department.

Commenting on the meeting, the Minister said that today was about strengthening business relations between Irish companies and COPAG and there’s significant scope for doing this in the dairy, meat and live export sectors.

They highlighted to me that their previous experience of importing live cattle from Ireland had been extremely positive particularly in terms of productivity of the dairy cattle imported.

“I was delighted to be able to expand on the story of our world class genetics and breeding operations in Ireland and how Ireland is the natural home of high quality cattle and dairy products.”

The Minister also had a series of political meetings in the Agadir region with Ms. Zineb El Adaoui who is the direct representative of the King, His Majesty Mohammed V and with the President of the Region of Souss Massa Mr. Brahim El Hafidi.

The meetings were aimed at fostering relations between Ireland and Morocco at the highest level. Both meetings presented an opportunity to deepen political relations with Morocco and develop export opportunities for Irish dairy livestock into Morocco.

Agri-food exports from Ireland to Morocco at a glance: 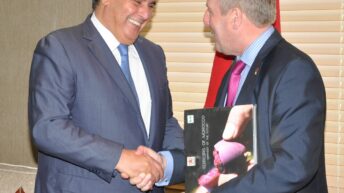 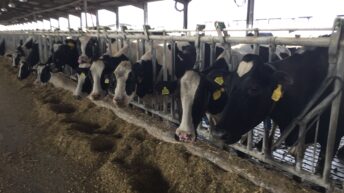