A stalwart of the famous Meath Gaelic Football teams of the 1980’s and early 1990’s, Liam Harnan knows how to follow a game plan.

Victorious in two All-Ireland finals, the Moynalvey-based dairy farmer took the strategic decision to move from a Holstein Friesian to a crossbred herd in 2013.

“I milked 114 cows last year and I have 123 to calve down over the next couple of weeks, about 97% of the cows are crossbred but there is still a couple of older ladies in the herd.”

Known for his battling qualities on the GAA pitch, Harnan lost little time in making the switch to a crossbred herd.

I decided I was going to make a change. I started with 100 crossbred heifers in 2013 and I sold my original herd as they calved.

“I went at it ruthlessly, I just decided I was going to make the change and by April 2014 I had the 100 heifers calved and I had whatever I was going to sell sold.

“Granted there was no maturity in the herd but I was where I wanted to be and I was happy going forward,” he said.

Reasons for making the switch

Prior to making the switch, Harnan had been running a split herd of winter and spring milking Holstein Friesian cows.

Previously I had a liquid milk herd but I was gradually changing it around to a spring system with about 35-40% of the cows calving in the autumn time.

“I aimed for a spring-calving grass-based system and the crossbred animal was more suitable to that type of enterprise,” he said.

Along with being more suitable to a grass-based production system, Harnan has found the crossbred cows to be hardier and more resolute than their Holstein Frieisian predecessors.

“They are just a hardier, more durable type of cow that just get on with it,” he said.

The move to a crossbred herd has also allowed the Meath-based farmer to tidy up the whole structure of his farm.

“I used to have four or five different batches with the previous herd. Now I just have three batches. I have the milking cows, the in-calf heifers and the calves.

“The system might not suit every farmer, there are some very good farmers out there with other systems, but it suits me and I am very happy with it.”

Advice along the way

It was during a meeting of the Grange discussion group that Harnan was first presented with the concept of crossbreeding.

“Joe Kirwan from Eurogene attended one of our discussion group meetings and spoke about where he thought the industry was going and the potential benefits of crossbreeding.

“And it went from there. I approached a nearby farmer, Jarlath Hughes, and we decided to look into crossbreeding.”

The discussion group, he said, is a great way to trash out ideas.

“There are 14 members in the Grange discussion group and it is vibrant with no holds barred when it comes to the topics up for discussion.”

The Meath-based dairy farmer added that Pat Ryan of Captal Farms had a key role to play in his decision to switch from a Holstein Friesian to a crossbred herd.

“We visited Pat Ryan to see his setup and he was a great help when it came to making the switch. He is a very capable man and was willing and open about sharing his experiences.

“He had shown how crossbred genetics could work and he was willing to share his time and knowledge with both myself and Jarlath.

“Linda O’Neill worked as a breeding advisor with LIC at the time and she overseen the transition. She was there from the start and was with us every step of the way once we decided to make the switch.”

Following a herd management protocol, set out by LIC’s Linda O’Neill, the decision was made to put the heifers on once-a-day milking in the lead up to drying off in 2014.

This, he said, gave the heifers a gentle dry off and a chance to get up and running the following spring and a similar protocol has been taken in subsequent lactations for the entire herd.

Improved fertility has also been a major plus of the crossbred herd as 81 of the original group of 100 heifers will enter into their fourth lactation this spring – an annual involuntary culling rate of just over 6%.

“When it does start it gets very busy, but that’s where the system is winning for me.

“The crossbred cow is winning on days in milk. It’s not what they produce per day, but it’s the number of days they are producing.

“Last year I milked up to December 18 and dried the cows off according to their calving date,” he said.

Looking to the future, Harnan explained that he is currently considering switching to a once-a-day milking protocol over the entire lactation of his herd.

“I will use proven Kiwi-cross sires supplied by LIC again this year with a focus on bulls that produce daughters suitable for once-a day milking. 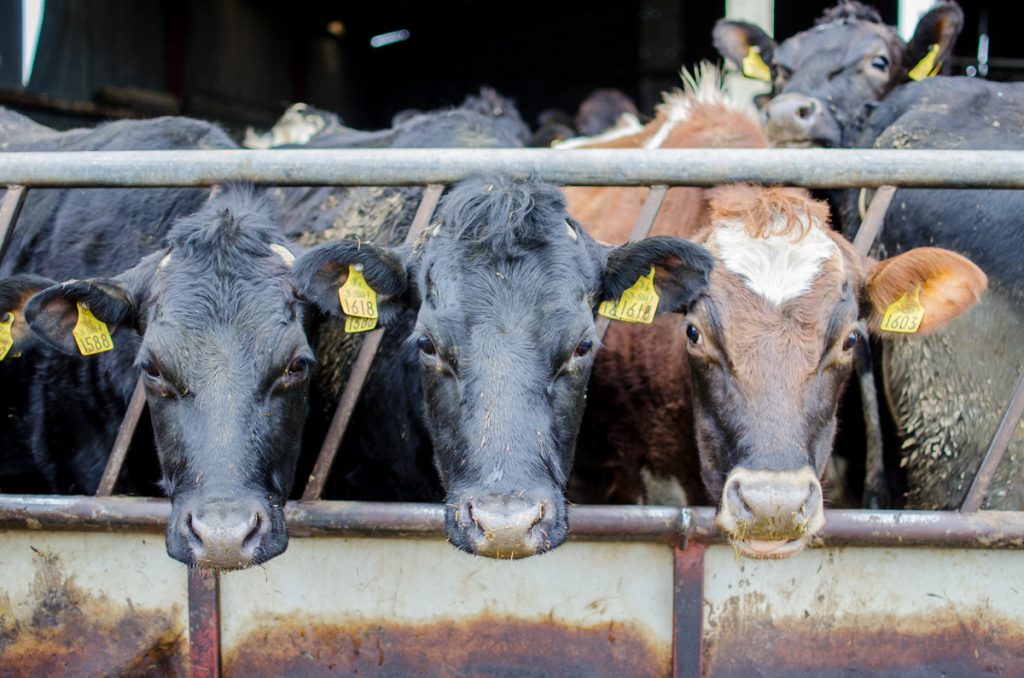 “I will be looking at the bull’s type, how they rank for udder attachment and the information that is available on once-a-day milking from New Zealand.”

Harnan also plans to start culling the under-performing cows from his herd in the near future.

“If I can get rid of the bottom 10% of cows I think the kilograms of Milk Solids per hectare will climb considerably.

“I do need to look at the herd and weed out the under-performers, but the hardest part about voluntary culling some of the cows is that they keep going back in calf to calve in February,” he said. For more information on LIC