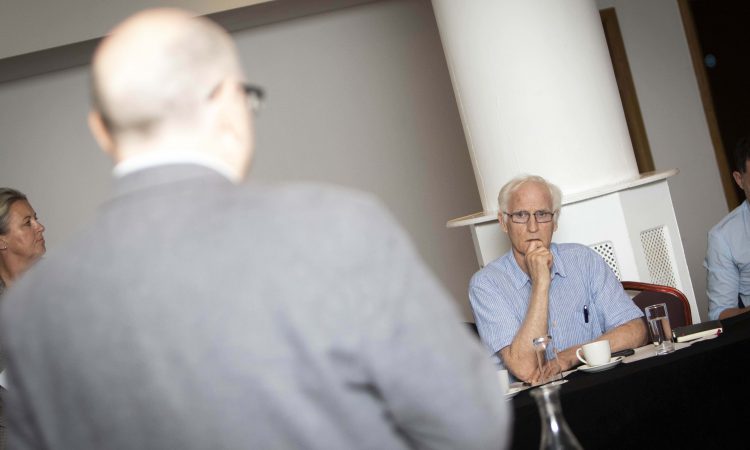 Ireland is facing into a disaster with climate change and has “incredibly high” greenhouse gas (GHG) emissions.

This country has a situation, at the moment, where the emissions are weather generated – in other words, if the emissions go up in Ireland from cattle or exhaust pipes – then that is what we are generating in terms of all this.

These were the sentiments expressed by Duncan Stewart – the architect, environmentalist and media personality known for his environmental activism and work on RTÉ – during the recently held Irish Creamery Milk Suppliers’ Association (ICMSA) ‘Dairy and Climate Change’ think-tank, which took place in Dublin on Wednesday, September 4 last.

Looking at the bigger picture

Stewart – who was speaking during the questions and answers session – also pointed to food consumption and rising populations and how those two factors alone are contributing substantially to GHGs.

He said everyone needed to “look at the bigger picture” and face the reality that food consumption, globally, is going to grow.

There are massive shortages of food coming down the line because of climate change and biodiversity loss.

He continued: “We have to realise that the model we are in now is completely unsustainable for what is coming down the track.

“We are stealing from our children’s future now, every day our emissions go up – they are up in the atmosphere for the last 500 years doing damage – and we need to make the connection that we, in this time, are a massive part of the problem.”

Stewart, meanwhile, went on to say that he had “a great belief in farmers” and was very committed to farming.

I think it is the backbone of Ireland, and rural Ireland in the future.

Stewart added: “But we need to come up with solutions – game-changing solutions – that will reverse the way we are going with food production.

Also Read: Could an extra-terrestrial manage the planet better than we can?

“There are challenges – transport is a disaster and is totally out of control in terms of emissions in this country – but all sectors have to take this burden.

“We need more dialogue and we all need to pull together on this – for the sake of our children’s future.”

Calls made for ‘equitable market’ for 30-month and older beef