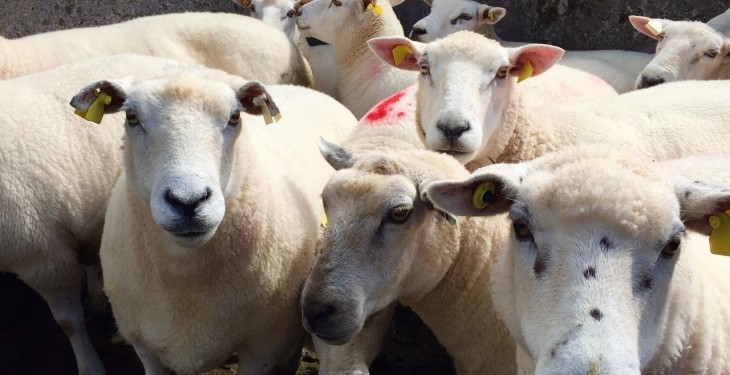 Following a 3% rise in EU sheepmeat and goatmeat production in 2015, output is expected to remain at similar levels in 2016, according to AHDB Beef and Lamb.

This is the first rise in sheepmeat and goatmeat production since 2011 with the UK and Italy accounting for almost all of the enhanced output.

The forecasts are partly based on the results of the recent EU Commission sheepmeat and goatmeat forecasts working group and the updated AHDB forecasts for the UK. Despite these increases, the overall EU supply situation, both in relation to production and imports, remains tight.

The production figures confirm that, in the UK, output has been boosted in 2015 by a higher carry-over of last season’s lambs and a good lamb crop this year. In 2016, production is forecast to continue to increase but at a slower rate due to another high carryover of lambs at the start of the year and higher ewe slaughterings.

In Spain, net sheepmeat production is expected to be stable in 2015, it says, while there is some uncertainty about the forecasts for 2016 but it production could well remain largely unchanged again.

In France, the excellent 2015 lamb crop is expected to result in a stability in gross indigenous production in the year as a whole, but as live imports have fallen, a small decline in net production is taking place.

The summer drought conditions in some parts of France, and the blue tongue outbreak this autumn, are making the outlook for the 2016 lamb crop somewhat uncertain. But a decline in both indigenous and net production seems probable next year.

Irish production in 2015 has also been boosted by an excellent lamb crop after shortages earlier in the year. Indigenous production is forecast to increase by 2%.

However, as live imports from Northern Ireland have fallen, the rise in net production is expected to be nearer 1%. A stable sheep flock and more normal lambing rates could reduce production in 2016 by a small amount.

EU lamb prices are expected to edge up over the coming months. In the first nine months of 2015, the average EU price was 1% higher than a year earlier. The growing strength of sterling, relative to the Euro, was a significant factor in this context.