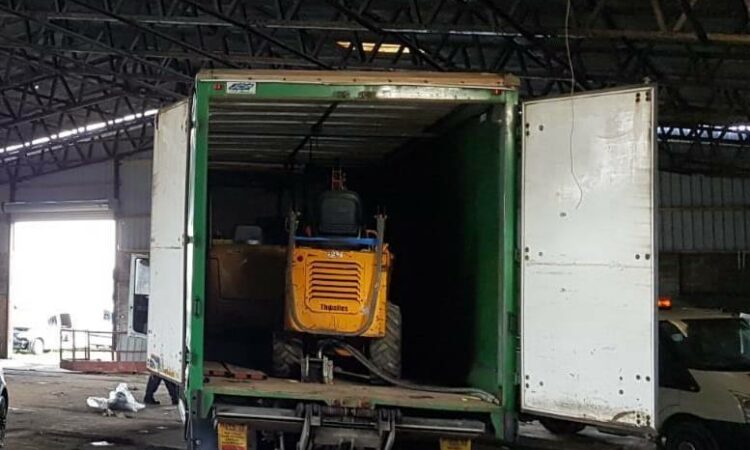 During a recent search of a premises in Co. Longford, a large amount of suspected stolen industrial plant, tools, trailers, vans, cars, engines and car parts were recovered.

A statement from An Garda Siochana suggests that the value of the recovered stolen items is in the region of €500,000.

The statement described the premises as “a large, industrial lock up”. The search was carried out on Thursday, November 29.

Gardai are continuing to establish the origin of the rest of the property and the scene remains preserved for technical examination.

There have been no arrests made in relation to the find and the investigation is said to be ongoing.

In other crime news, the Criminal Assets Bureau (CAB), assisted by other law enforcement groups, conducted a search in Co. Meath on November 13 targeting an organised crime gang.

The gang is made up of members of the same family, and are known to be involved in drugs, theft and fraud.

Among the items seized by the CAB were a number of vehicles, machinery pieces and tools (including a topper), as well as drugs worth over €2,000.

Seven searches were carried out in total: five residential premises in Co. Meath – four in the Ashbourne Garda District and one in the Navan Garda District – while in Dublin, two professional premises were hit.

The searches were carried out under CAB warrants. One man was arrested as a result of the operation, under a warrant from the District Court and a number of stolen vehicles were recovered.

An investigation will now begin into the theft of electricity from the national grid; ESB was needed at one of the scenes to make safe an unauthorised electricity connection. 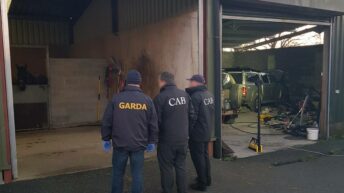