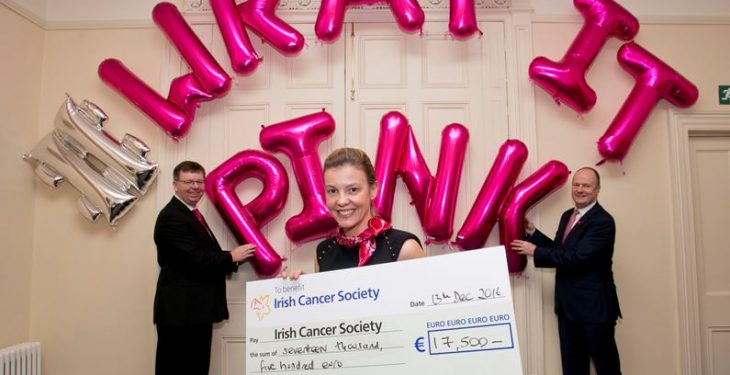 As part of the ‘Wrap It Pink’ campaign, both farmers and Dairygold raised €17,500 for the Irish Cancer Society.

The campaign, which sees farmers wrap their silage bales in pink plastic, has become increasingly popular with farmers as they willingly get on board with Dairygold to help in the fight against cancer.

Produced in Ireland, the silage wrap was launched in the summer of 2015 and for every roll of pink silage wrap sold a contribution to the Irish Cancer Society is made by both the farmer as well as Dairygold.

The wrap was sold across Dairygold’s network of retail stores, co-op superstores and through it’s online store.

The campaign’s two main aims was to raise awareness of cancer across rural Ireland while also raising funds to support the work of the Irish Cancer Society, according to Head of Retail at Dairygold John O’Carroll.

Fields of pink were a constant reminder to people to get screened and to talk openly about cancer and it is clearly a strategy that is working as the funds raised this year are significantly up on last year.

The campaign is a very important tool for raising awareness of the disease, Head of Fundraising at the Irish Cancer Society Mark Mellett said.

“Wrap It Pink plays a vital role in raising awareness of breast cancer in rural Ireland and also funding vital cancer research and services to support those affected by the disease.

Every year in Ireland over 2,800 women are diagnosed with breast cancer. We are there to support them on their cancer journey every step of the way, but we can’t do this without your support.

“We’re very grateful to farmers nationwide for backing this campaign and we look forward to continuing our partnership with Dairygold into the future,” he said. 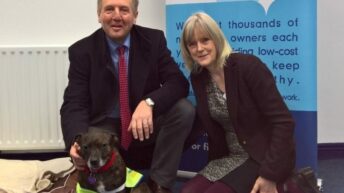 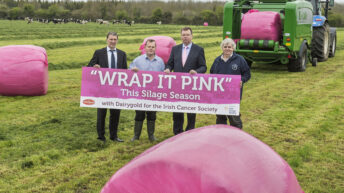