Lungworm infection in cows is still relatively common and many dairy farmers are now experiencing cows coughing on grass in the autumn.

While this can be due to one or a combination of causes, including IBR, BRS-Virus, PI-3 virus, pasteurella pneumonia and fog fever, one of the most common causes of coughing in the autumn is hoose pneumonia which is caused by infection of cattle with lungworm.

If not treated, hoose can have a serious impact on health and performance:

The risk of disease depends on a number of factors:

Thanks to varying climates and cattle densities, some counties are more prone to infection than others.

Larvae often make use of the fungal spore of Pilobolus (found on cattle dung) to disperse themselves on pasture.

Generally, conditions which favour the growth of pasture also favour the development of the infective larval stage L3, which is why outbreaks peak in the late summer and early autumn.

A dry season followed by a damp one has always encouraged outbreaks, as this creates a natural immunity gap. This entirely natural situation is one we are now mimicking through our long-acting worming policies.

A growing trend is to graze dairy replacements on separate pasture, away from the main herd. Frequently these animals are subject to continuous worming, perhaps in both the first and second seasons.

When the replacement group finally enters the main dairy herd, they are completely naïve and an outbreak is highly likely. This situation contrasts strongly with beef suckler herds, where calves are commonly exposed to continuous low-level challenge from cows that have immunity to lungworm.

Offaly veterinary practitioner and dairy farmer John Moore has first-hand experience of hoose in his own newly established 50-cow herd.

He is now embarking on a vaccination programme with Bovilis Huskvac as an integral part of his herd health programme.

“The use of effective long-acting anthelmintics such as doramectin, moxidectin and ivermectin in calves during their first grazing season means that most worms are killed which may prevent exposure and the development of natural immunity, if the products are not used at the appropriate interval to allow lungworm immunity to develop”. 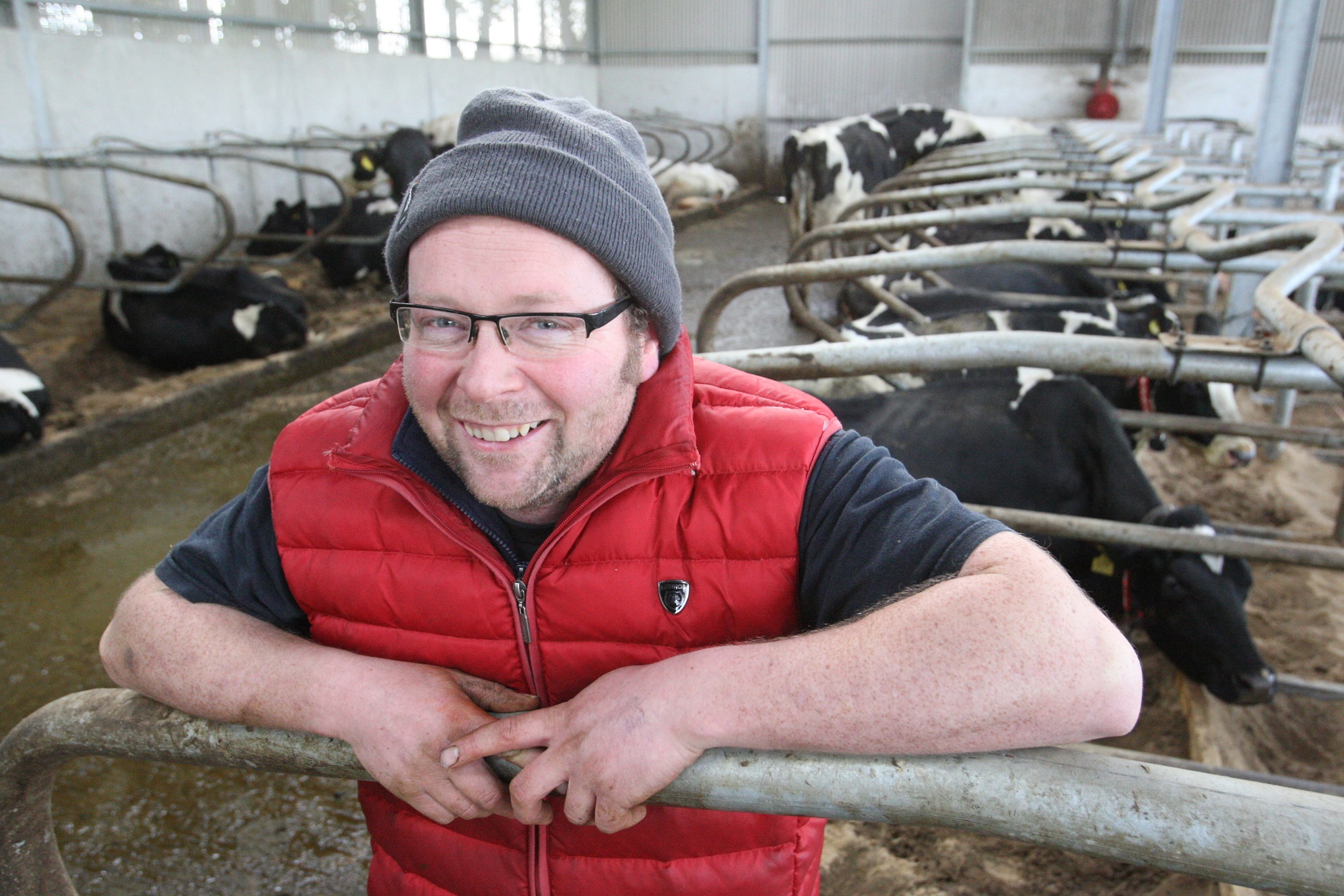 One of his key targets is to have replacement heifers calving at 24 months in order to maximise lifetime yield and longevity. This requires maximum growth rate and no setbacks.

“I treat the calves with a one shot long-acting wormer which gives protection during their first grazing season. While this has ensured excellent performance, it has resulted in downsides, especially in relation to immunity to lungworm,” he said.

Last autumn, he noticed a lot of coughing in cows. He thought it was IBR, although the herd is routinely vaccinated with Bovilis IBR Marker Live.

The robotic milking machine which was installed in the new dairy unit, detected a drop in milk yield and increased temperature in five or six cows every week over a period of a month.

He took faecal and blood samples and the results showed lungworm infection. He is now introducing a Bovilis Huskvac vaccination programme for replacement heifers and milking cows.

All replacement heifers will be vaccinated with Bovilis Huskvac before their second grazing season. Milking cows will be given the same vaccination programme. 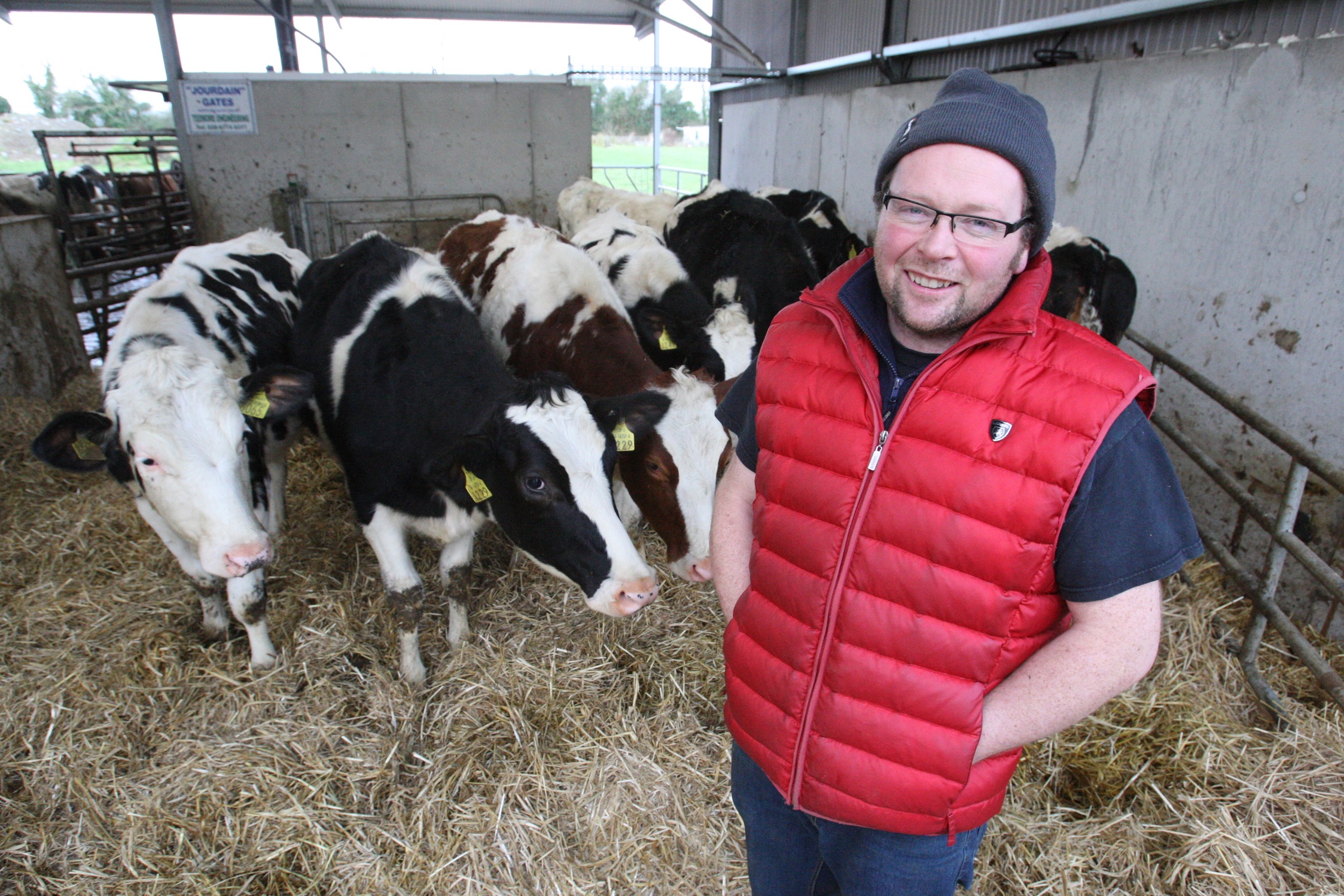 “I will vaccinate with Bovilis Huskvac six weeks before going to grass and give a booster dose four weeks later. I will continue to use a long-acting wormer in my replacement heifers,” he said.

Farmers need to be more vigilant

John Moore said all dairy farmers should be very conscious of the potential for lack of immunity to lungworm in replacement heifers and the consequences this can have for the entire dairy herd through an outbreak of hoose.

“Farmers should be vigilant about coughing in cows especially in the autumn and watch out for symptoms such as a drop in yield, higher body temperature and fertility problems.

“If hoose is suspected, make sure to contact your vet for a diagnosis and for advice on a herd health plan for lungworm control which involves balancing the use of Bovilis Huskvac vaccine with strategic anthelmintic dosing and appropriate pasture management,” he advised.