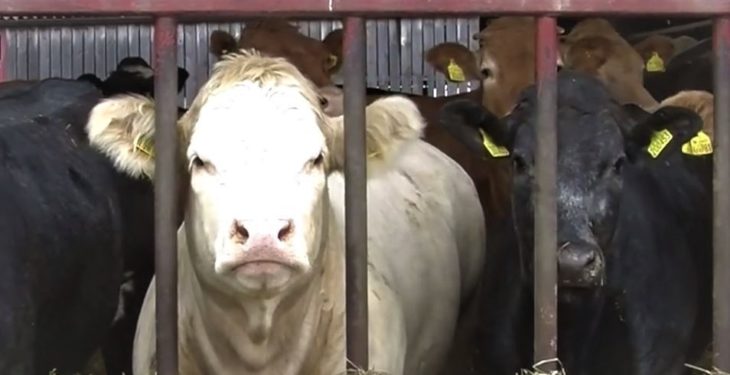 At this time of year, thoughts turn to bringing cattle in on to finishing diets and it’s important to focus on nutrition, housing and health to maximise returns.

“For finishing cattle to achieve their potential, the target should be a ration with a high energy density.

“There are, of course, a huge range of rations fed to beef cattle and much will depend on the animals being fed, the feeds available on your own farm and the economics of feed price year-to-year.

“Generally speaking, to achieve a suitable diet requires exceptional quality forage supplemented with concentrates or, where such forage is not available, ad-lib concentrate diets such as cereals fed alongside a protein balancer or purchased feed.

“It’s important to get forage analysed, as this will form the basis of ration formulation, and you should tailor your beef ration to the type of animal you are feeding.

“There is a great deal of difference in optimal diets between bulls, steers and heifers and indeed continental and native breeds,” he explained. 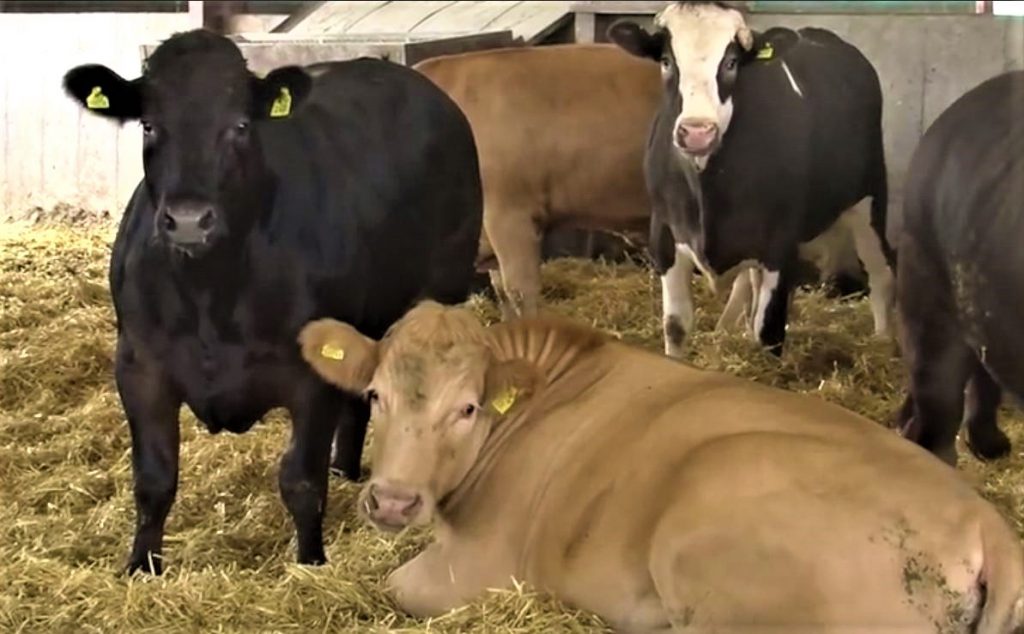 Watch out for dietary upsets

One of the difficulties associated with finishing rations is dietary upsets; specifically in the form of a challenge to rumen function most often seen as sub-acute rumen acidosis (SARA) or even clinical acidosis.

“SARA is not always obvious within a herd, but it can have serious consequences in terms of performance,” James explained.

It reduces fibre digestion and feed intake, lowering energy output from the rumen, which results in reduced weight gain.

“It can also cause damage to the rumen papillae (finger-like projections in the rumen that absorb nutrients). This leads to poorer feed utilisation and ‘thrive’, which can be very difficult to reverse.

“Clinical acidosis can also cause liver abscesses, so if this is something you’ve had reported on abattoir results in the past, then acidosis risks might be higher.”

A particular pinch point for SARA problems is the transition from grazing or high-forage diets to a finishing diet high in starch and sugars.

Such a move requires a change in the microbe population in the rumen from predominantly fibre digesters to predominantly starch digesters, which doesn’t happen overnight.

“Many people see cattle stop gaining weight or even going backwards when they are first transitioned on to a finishing diet and this is clearly undesirable from a financial point of view,” James added.

Research has shown that adding Actisaf live yeast to the finishing ration can help the rumen microbes to adapt to diet changes.

This results in increased daily liveweight gains of up to 9%, as well as improvements in feed efficiency and carcass classification.

Advertisement
Crucially, feeding Actisaf through the transition on to a finishing diet reduces stalling. It also results in faster finishing, improved feed conversion efficiency and a significant reduction in the threat of SARA and acidosis.

“Beef returns remain under pressure. Attention to detail through the finishing period, and particularly around the transition to the finishing diet, really does pay dividends.

“Adding a live yeast such as Actisaf for the whole of the finishing has been shown to increase daily liveweight gain by 9%, which means that cattle are ready up to 10 days earlier due to faster finishing.

“Actisaf should be included into beef feeds at 1kg/t, costing €10/ton of finished feed. This delivers a return on investment of as much as 5:1, so it shouldn’t be discounted,” James concluded.

The McKee family has been farming at Strangford View Farm in the Craigantlet Hills outside Newtownards, Co. Down since 1922.

Nowadays, the farm is run by husband-and-wife team, Colin and Linda McKee, who farm around 350ac. On their farm they produce home-grown beef, lamb chicken and eggs for sale through their on-site country store and restaurant. 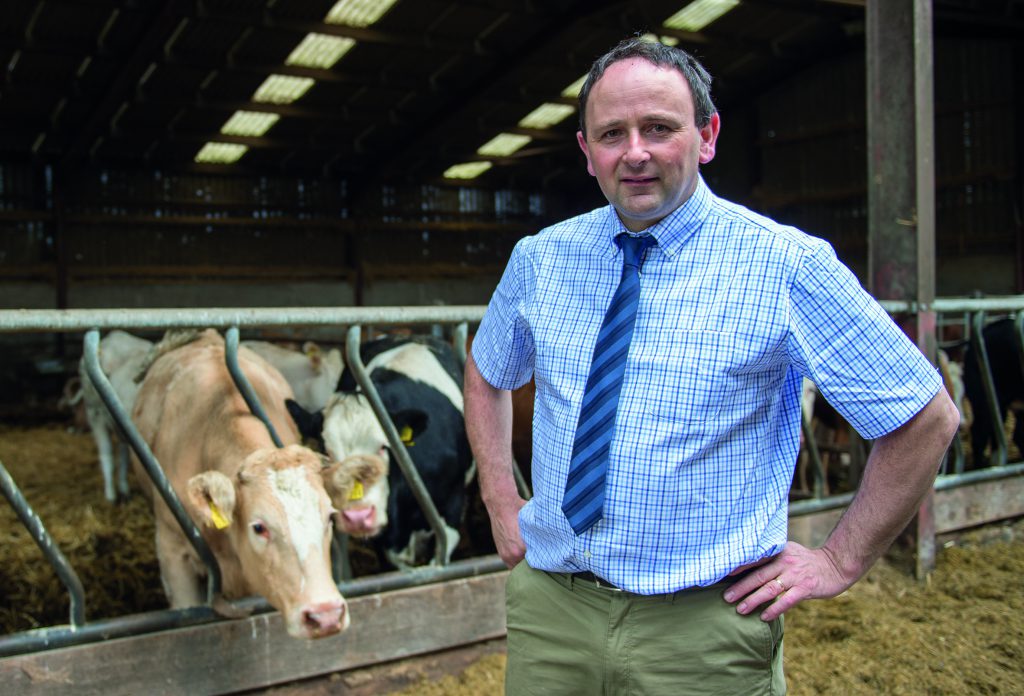 They must be doing something right, as people come from far and wide to buy produce in the farm shop; the restaurant also serves around 500 people every day – six says a week.

To cater for this demand for high-quality meat, Colin now finishes around 600 mainly continental cattle each year. These cattle are butchered and sold through the farm shop and restaurant.

You just can’t beat home-grown food; its flavour and texture makes all the hard work worthwhile.

“We know that our customers care about the origin of their food and know that home-grown is best,” Colin explained.

Cattle are bought in as stores at around 480kg and Colin prefers Charolais heifers; although he has a mix of different continental and native-bred cattle on the farm at any one time.

Cattle are batched as they come on to the farm and are fed on home-grown barley; highly digestible, energy-dense and protein rich grass silage; and a home mix that incorporates maize, distillers, bread and straw. 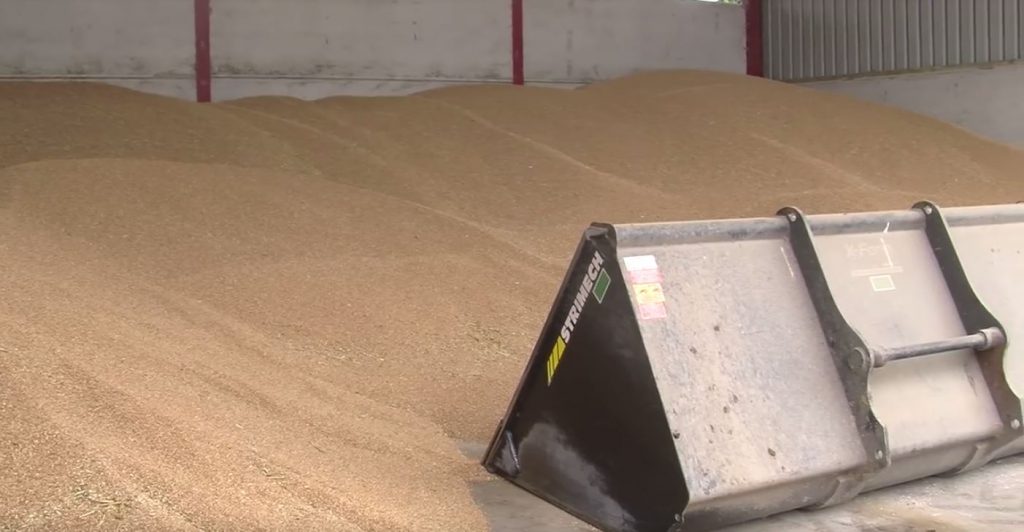 “We take three cuts of leafy, young-grass silage each year, which is highly digestible and has high dry matter and high protein. When this is fed with our home-grown barley, it really is rocket fuel for the cattle.”

Given the high quality of feeds used, it’s important to Colin that rumen function is maintained to provide an easy and quick transition on to the finishing diet when cattle arrive on the farm and consistent performance throughout the finishing period.

“We add Actisaf live yeast to our home-mixed ration to protect rumen function and add Safmannan to support the immune system during the housing period,” Colin explained.

Since we’ve been using these feed ingredients, we find that cattle get going quicker when they arrive on the farm, are more content, dung consistency has improved considerably and we get a faster finish – we’ve definitely noticed a difference.

“It is really important that we get cattle finished when we expect them to be, as we need a steady flow of 10-12 animals a week to slaughter to meet the demand from the shop and restaurant.

“Actisaf and Safmannan help ensure that we don’t get any upsets through the finishing period and so I wouldn’t want to be without them now,” Colin concluded. Click here for more information