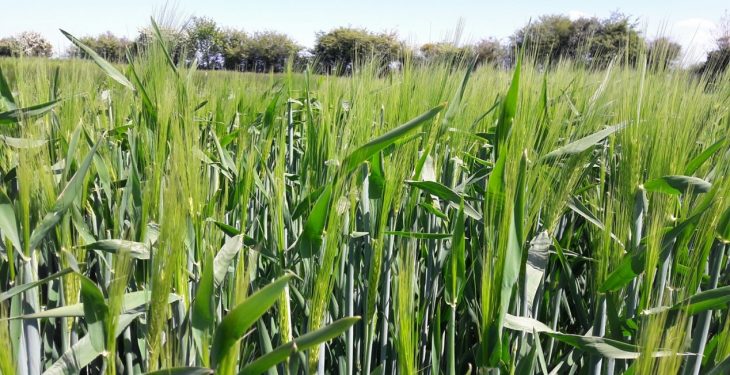 The break in the weather over the weekend was welcomed by cereal growers across the country.

However, this brings with it the risk of increased disease levels and a warning to stay focused with disease control programmes.

Syngenta’s Billy Cotter explains that although it has been exceptionally dry so far this year, disease is still present in crops.

Even diseases such as septoria, he said, which are traditionally referred to as ‘rain-splash diseases’ are present.

“We’ve hardly seen any rain since April, which is exceptionally unusual.

Crops have been under stress from the drought-like conditions and we’re also seeing higher levels of mildew than we have done for many years.

“However, the weather broke over the weekend and the forecast is set to bring more rain.

“So it will be particularly important to follow through with the planned, intense fungicide programmes on wheat.

“The wet weather will have kick-started the disease inoculum at the base of plants,” Cotter said.

With conditions quickly changing and flag leaves emerging, timings of the T2 wheat spray will be vital. And, as a result, many farmers are planning to get sprayers out this week if conditions allow.

“Where Elatus Era was used at T1 in wheat crops, it has done very well at controlling yellow rust and septoria.

“When positioned as a T2 fungicide, it’s proven itself in numerous trials to offer persistent disease control.

“It has also demonstrated good curative activity, so it’s definitely another tool in the toolbox that growers should be considering.”

This year, despite the dry conditions, we’re seeing some crops under pressure from the key leaf diseases such as crown rust and septoria avenae blotch.

“It has demonstrated a high level of control of these economically-significant diseases and demonstrated significant yield benefits. It is a very strong contender for the final spray option this year.

“For spring barley crops, many growers are yet to start with fungicide programmes.

“Planning ahead, we’d recommend using Elatus Era at either growth stage 32 (GS32) or growth stage 39 (GS39) to growth stage 49 (GS49). This should be alternated with a non-triazole SDHI fungicide such as Bontima.

“This year is an unusual year, but we have seen similar conditions before.

“The most important factor is to not become complacent and cut back on rates, as this could have severe consequences as the weather changes,” Cotter said. Click here for more information on Elatus Era