A digger was left behind on the main street in Dunleer, Co. Louth after the attempted theft of an ATM in the small hours of this morning, Wednesday, January 15.

Thieves tried to the pull the ATM out of the wall of a Bank of Ireland branch in the town at around 4:30am this morning.

The main street in the town is currently closed to traffic, and diversions are in place. An investigation into the incident is ongoing. 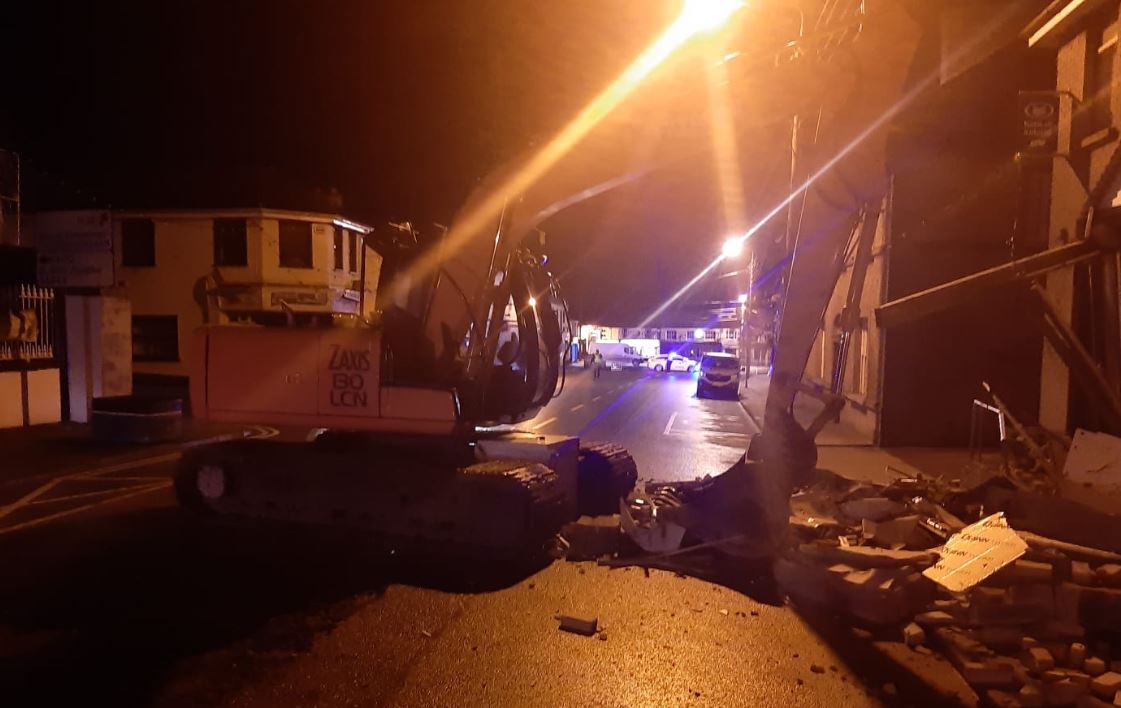 The theft was foiled by Gardaí attached to the Garda Armed Support unit. Members were patrolling the area at the time.

The thieves were then pursued by officers onto the M1, and made their way over the border into Northern Ireland. Officers from the Police Service of Northern Ireland (PSNI) are assisting Gardaí with their investigation and searches. No injuries were reported from the incident.

In related news, a man with an address in Northern Ireland was arrested in Co. Monaghan last week as part of a Garda investigation into a series of ATM thefts and attempted thefts last year.

Gardaí attached to Monaghan Garda Station, supported by the Special Detective Unit (SDU), arrested the man, aged in his 20s, on Monday, January 6 in Castleblayney, for an offence contrary to Section 73 of the Criminal Justice Act 2006.

Also, in relation to the same investigation, officers from the PSNI, in support of the Gardaí, carried out a search in the Crossmaglen area of Co. Armagh.