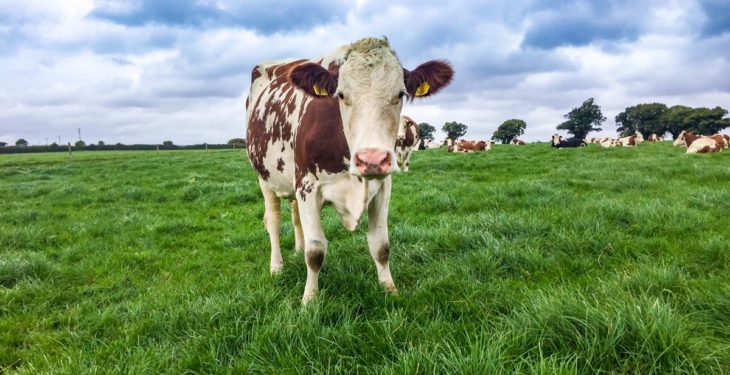 Kenny Roberts returned to the family farm in Coolelan, Rathangan, Co. Kildare in 2001. At the time, the family’s dairy herd consisted of 63 Holstein Friesian cows.

His uncle, Roy, had also been operating a beef-finishing enterprise on the farm; his father had a keen interest in both horses and greyhounds.

Unhappy with the reproductive performance of the Holstein Friesian herd, the Harper Adams graduate decided to experiment with Montbeliarde genetics.

“We have just over 100ac and are milking 108 cows; all of the calves are kept for beef. About 17 years ago, we were having fertility issues with the Holstein herd and I wanted a good dual-purpose animal.

“I went to Co. Cavan and bought three Montbeliardes and I was very happy with their performance,” Roberts explained.

What started as an experiment, soon became the main focus of the farm. This occurred as the Kildare-based farmer quickly realised the qualities on offer from the Montbeliarde breed; these characteristics would allow the Roberts family to continue milking in Coolelan, as well as maintaining their beef enterprise. 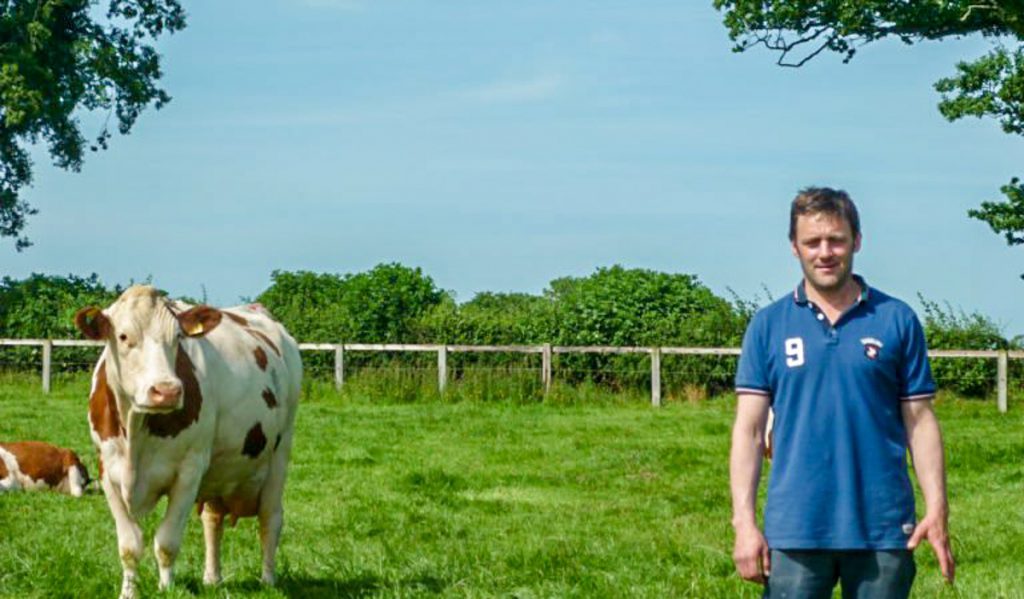 The Montbeliarde contingent on Coolelan grew further with the introduction of two groups of heifers from France; both of which were imported by David Clarke.

However, the proportion of crossbred animals is likely to decline in the coming years, as only Montbeliarde semen will be used to breed dairy replacement heifers.

Along with making the switch to Montbeliarde breeding, Roberts has also overseen a considerable expansion of the family’s herd. From 63 cows back in 2001, the Coolelan herd now consists of 108 cows. The ceasing of milk quotas in 2015 allowed the herd to grow to 90 cows.

A further stage of expansion took place this year, as an additional 20 cows were brought into the parlour.

A restructuring of the farm has also occurred in recent years. Just up the lane from the original farmstead, a new shed was erected to house the dairy herd during the winter.

111 rubber-matted cubicles were installed in a new slatted shed. In addition, a considerable investment has also been made in milking and handling facilities.

A new 20-unit Fullwood Packo parlour, a drafting unit and improved handling facilities have all been installed to allow Roberts to run the farm as a ‘one-man’ operation. 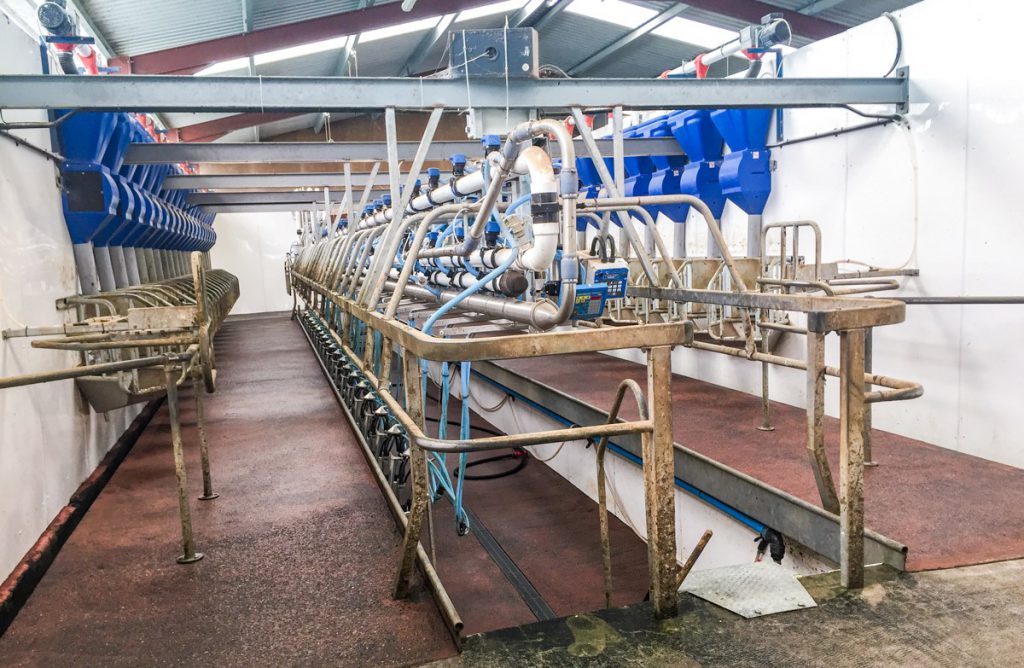 The repositioning of the parlour closer to the milking platform has saved a considerable amount of time when it comes to bringing cows in and out of the parlour.

“Originally the cows would walk up to 50 minutes to pasture. This was a considerable distance and time-consuming exercise at either end of the day. Now the furthest paddock away from the parlour is no more than 20 minutes away,” he added. 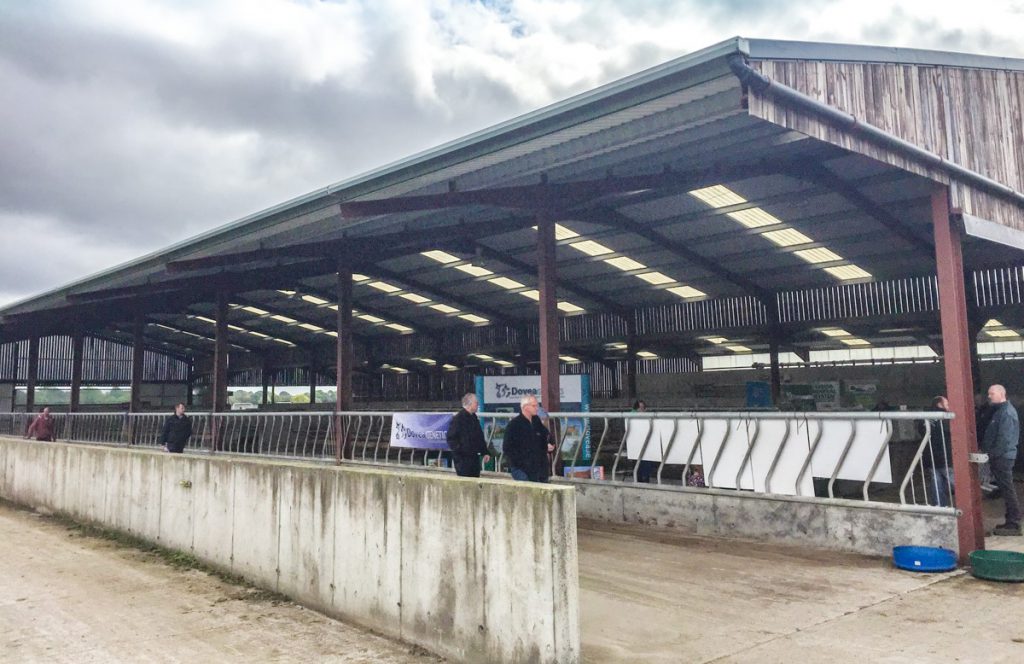 Roberts also touched on the performance of his herd in terms of milk production and fertility. On average, the herd produced just under 6,000L/cow of milk in 2016 at 4.02% fat and 3.7% protein.

5,400L of this milk was delivered to the creamery; the remaining 600L was used to feed calves. 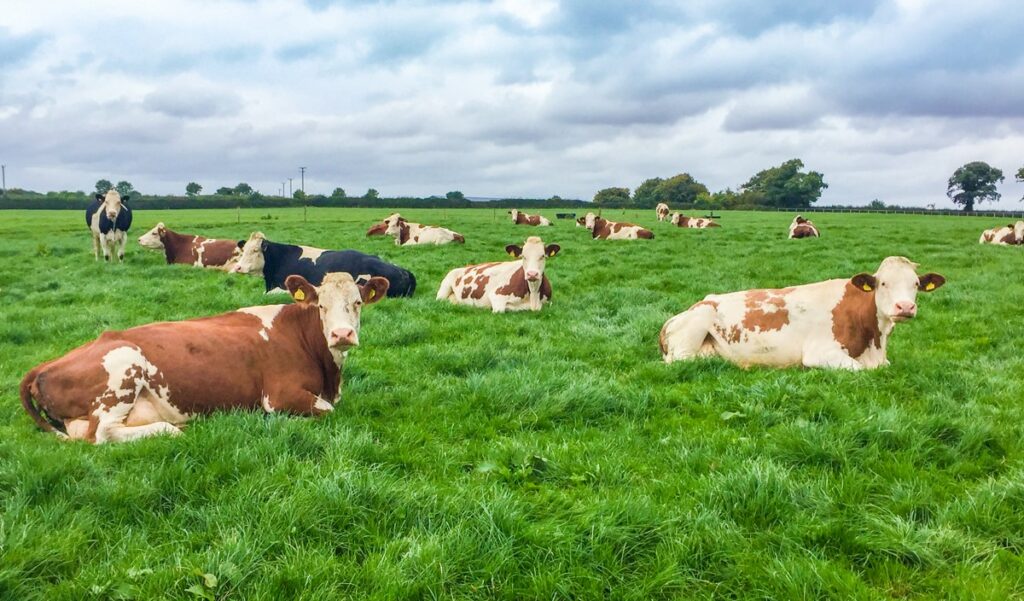 This level of production was achieved from a grass-based system, which sees the spring-calving herd turned out to grass on February 10 each year.

In addition, the average rate of concentrate supplementation stood at 640kg/cow in 2016. Depending on stage of lactation and yield, this concentrate was fed at a rate of 1-4kg/day over the season.

Last year, we delivered 414kg/cow of milk solids to the creamery; that’s after all of my own calves and a number of purchased calves were fed fresh milk.

“In the future, we’re aiming to get closer to 500kg of milk solids delivered per cow.”

This will be realised as Roberts plans to purchase an automatic calf feeder in the future. This will alleviate pressure during the busy time of year and it will see calves fed on milk powder.

In addition, the herd has also been in the top 10% of producers supplying Glanbia on protein percentage, calving interval and the percentage of heifers calved at 22-26 months.

Roberts added: “Another reason why I got into Montbeliardes was fertility. Last year, the herd had a 363 day calving interval and all the heifers calved at 22-26 months.”

Since making the switch to a Montbeliarde herd, the empty rate on Roberts’s farm has never been above 10% and over 80% of the herd calved within the first six weeks of the season; the target calving finish date is no later than April 20. 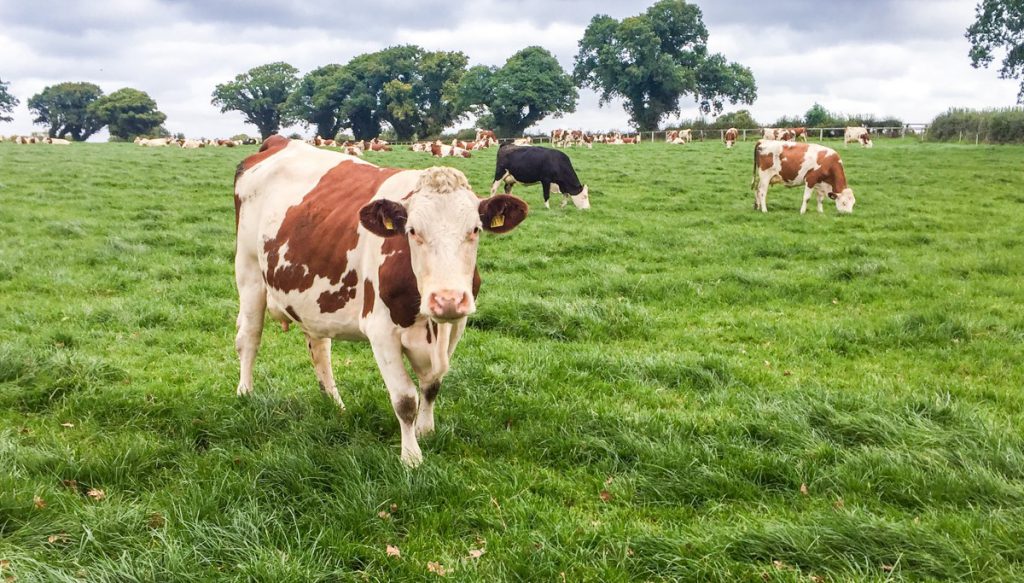 To keep the calving period tight, cows are served for the first six weeks using AI; then an Angus bull is used as a sweeper to pick up any repeats.

A second, younger, Angus bull is also kept on the farm to run with heifers. AI is used to breed heifers during the first three-to-four weeks of the breeding season before this bull is introduced to the heifer group.

Roberts aims to breed a medium-sized cow with plenty of power. He believes this is the key to maintaining the dual-purpose nature of the breed.

However, he is primarily focused on using daughter-proven sires to guarantee consistency in the replacement heifers bred. Reddon Brink and Micmac are previous proven sires that have done just that.

All of the calves born on the farm are kept as either replacements for the dairy herd or as stock for the beef finishing enterprise.

Both the beef crosses and Montbeliarde bulls are sold as finished steers direct to the factory at 23-25 months.

The beef enterprise coincides well with the spring-calving system, as these animals can spend two summers out at grass on some of the unfavourable land on the farm.

After the first summer, all of the bulls are housed and are castrated over the winter months. After completing a second summer at grass, these bulls are once again housed and finished on meal.

Roberts added: “The dual-purpose nature of the Montbeliarde is a real plus for this enterprise, as the Montbeliarde steers achieve higher kill-out percentages at slaughter than Holstein animals.”