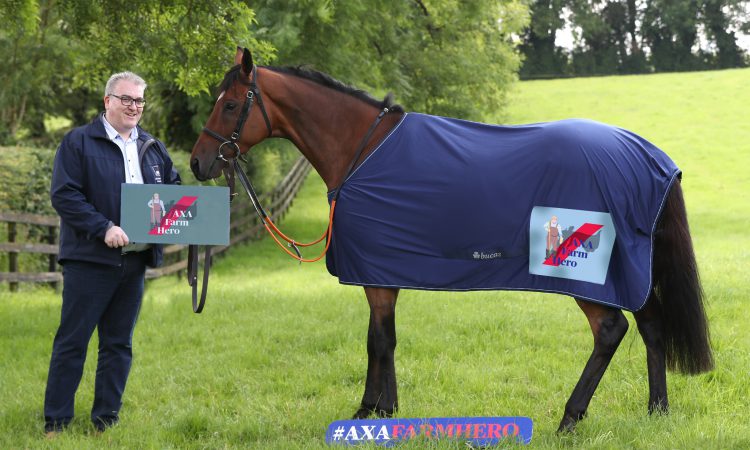 With September 1 as the deadline for entries fast approaching, don’t leave it until it is too late to nominate your farm hero.

“A farm hero is someone who goes out of their way to help their neighbour and their community,” said Christy Doherty, head of farm at AXA.

“The rural community in Ireland is hugely supportive of one another and we want to recognise those people and the time and energy they give to helping others.

The farm hero might be a first aid volunteer, train the local sport’s team, fundraise for local causes, bring meals to older neighbours or be a support in times of crisis.

“We want to hear about the inspiring farmers and farm families across the country and recognise them for their time and effort.”

The competition is open to individuals from farming families across Ireland and already we are seeing inspiring examples on a daily basis. Nominate a neighbour, family member or yourself online at: www.axa.ie/farmhero.

The thing about heroes is that they inspire self-belief and yet they often go unrecognised outside of their own community. AXA wants individuals and communities to get behind the initiative and recognise these people in their lives.

So, if you’re lucky enough to know one and proud to be their friend, now is your chance to have them recognised on the national stage. AXA always wants to go further for its customers, and it wants to recognise members of the farming community who bring to life its promise of “Know You Can”.

The closing date for nominations is September 1, where three finalists will be selected from the nominations by a panel of judges. You can meet the finalists on the AXA stand – Block 4; Row 16; Stand 346 – at this year’s National Ploughing Championships.

AXA also has an exciting schedule of events lined up for this year’s ‘Ploughing’, including the highlight of horse-racing hero Tiger Roll at its stand.