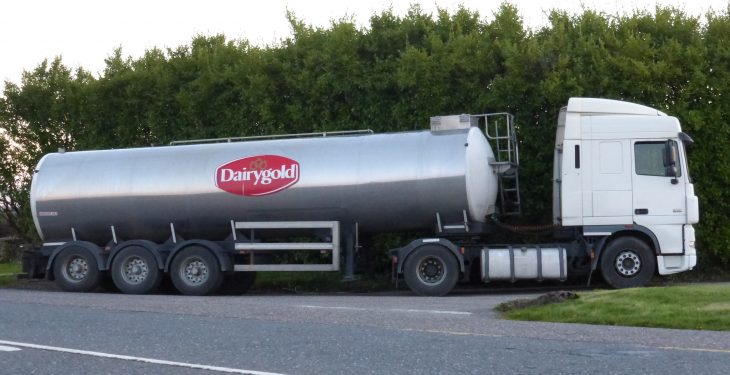 Woulfe was attending the IFA Brexit event in Goffs, Kill, Co. Kildare, which the IFA is hosting in advance of talks in Brussels on Thursday of this week – where IFA President Joe Healy will be aiming to gather European support for IFA’s Brexit campaign.

Woulfe said: “We’re absolutely preparing for the worst because we’ve seen in the last 12 months surprises on many fronts where we didn’t expect outcomes, whether it was elections or many other things – including Brexit and the US and so on, so there is potentially an appalling vista emerging from the point of view of, for example, the dairy industry perspective where between 15% and 20% of our milk goes into cheddar cheese, which is destined for the British market.

“In the Dairygold context, that amounts to 30,000t, so it’s quite serious in the event of a breakdown, as Prime Minister May has said ‘no deal is better than a bad deal’.

Were that situation to occur, it would mean we’d fall back on WTO [World Trade Organisation] tariffs which are the equivalent of €1,670/t, or, in terms of cents per litre, 16c/L of a tariff, which is 50% of the current price. That’s quite a scene that might emerge or could emerge.

Asked whether there were other markets that could be explored, Woulfe said: “We have a long history. It’s not just decades; it’s centuries of trade between Ireland and Britain from a food perspective.

“This is built up over the course of years and years where 50% of beef is destined to that market. 92% of horticulture is exported to that market and, in the context of cheddar cheese, over 100,000t. It is destined for the British market, for the British palate, so you can’t flick a switch and take it to France or take it to Italy or some place else.

There’s a long period needed here in the context of transition in that event, from a market perspective.

Asked if there was anything in particular that he would like to see at the event, Woulfe replied: “It is very important that we have the EU Commissioner here today and we laud the IFA for having the event to emphasise and stress, and re-stress again, the whole issue of the uniqueness of Ireland and the island of Ireland.

“What I’d like to see today is, in particular, that there’s recognition that there’s an Irish industry that is the island of Ireland; that there is trade between the North and South. A huge amount of activity [is] going on as one unit.

“Also, the uniqueness of our long-standing trade with the UK and the recognition that you can’t flick a switch on that in either a two-year, five-year or ten-year period. There’s a long transformation from post-Brexit to a new era.” 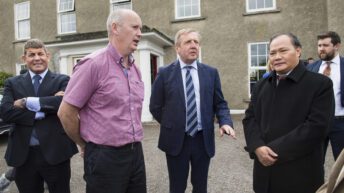