Dairy buyers had gotten used to ample global milk supply, and Penny said they had bid down prices as a result, however, that picture is changing, and it is changing fast.

The Rural Economist said that New Zealand and Australian farmers are leading the way. For example, he said that ASB Bank estimates that the New Zealand dairy herd has shrunk an unprecedented 5% or 300,000 cows on top of the 3% fall last season.

“This heavy slaughter is irreversible and will translate into a downward correction in New Zealand supply.

“The EU supply picture has also changed, although it remains a step behind that of its southern counterparts. For example, June UK production is down 9% on June 2015.”

But other producers such as the Netherlands and Ireland are hanging in there for now, despite very low milk prices. In aggregate, though, the EU milk tide has also turned.

As a result, Penny said that the dairy price question is shifting. In the banks view, it’s no longer a question of will prices lift this season, but rather by how much and over what period.

“On that front, we continue to hold the view that prices will lift by more and earlier than other analysts. In other words, we expect dairy prices to build on this auction’s lift and continue to rise over the remainder of 2016.”

The average price paid for dairy product at the event stood at US$2,436/MT with 34,928t of product traded.

Skimmed milk powder (SMP) posted a small increase of 2.1% and butter prices were up by 6.6%. The only negative price was cheddar, which was down 0.8%.

ASB Bank had predicted that the latest Global Dairy Trade would reflect dairy futures markets and post a strong increase in prices and that WMP could rise by between 5-7% (which it surpassed). 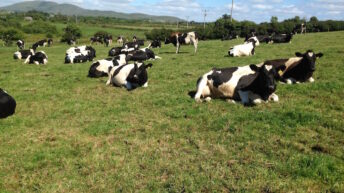 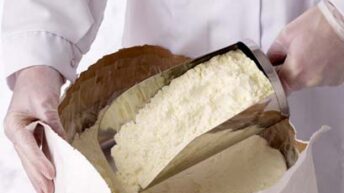