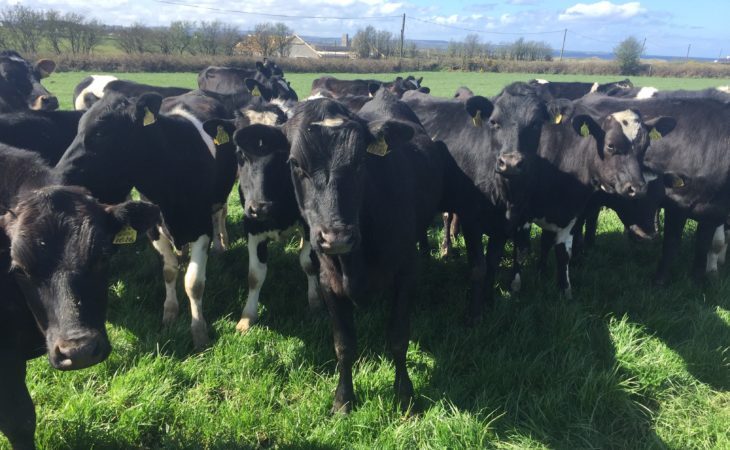 Back in 2009, Neil Boland was faced with the dilemma to either increase suckler cow numbers or to look at alternative methods of generating a viable income on his 56ha farm.

After speaking to a dairy farmer, Neil was presented with the option of contract rearing. Since then, he hasn’t looked back and he now rears 300 heifers (150 calves and 150 yearling heifers) annually.

Last week, Neil opened the gates of his farm in Inniscrone, Co. Sligo, as part of an Aurivo Farm Profitability Programme farm walk. On the day, he outlined the reasons why he made the move away from suckler farming and the benefits he has seen since focusing solely on contract rearing.

Telling his story, Neil said: “A friend of mine was expanding his dairy enterprise and I was at the stage where I was looking at increasing my suckler herd.

“He asked me was I interested in contract rearing and I started with 30 heifers. I got to like it and we’re still at it nine years later.

I’ve expanded since and sold out the suckler cows, beef and sheep. Now, I’m just focusing on contract rearing heifers and it has really simplified the system.

“I am very happy with contract rearing and I’ve built up relationships with three dairy farmers – one in Co. Sligo and two in Co. Meath – and it’s working well.”

Neil’s holding is fragmented and is formed of five separate parcels; dairy farming was never going to be a viable option.

Having previously operated a suckler system with Limousin and Belgian Blue cross cows, the Sligo native was fully aware of beef market volatility. As a result, he was looking for an enterprise that would ensure a constant and secure income.

When your suckler cows calve down, you don’t know what you’re going to get for that calf when you sell it at the end of the year.

“Beef prices and margins are too tight. There’s top-class suckler farmers producing high-quality weanlings and they’re not being paid enough for them.

“If they fatten them, the beef factories aren’t paying enough. With contract rearing, I am paid so much per animal per month. 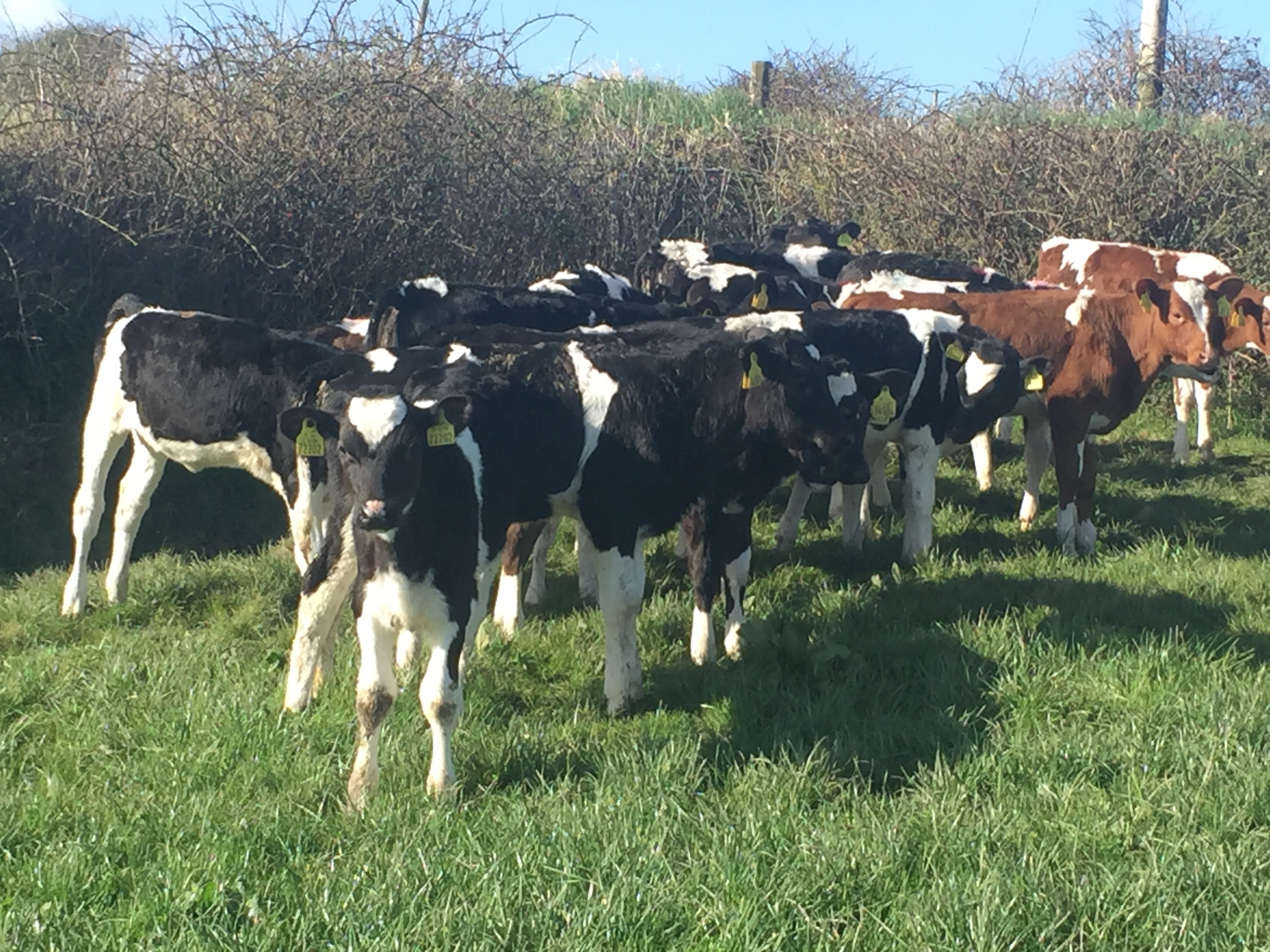 “Once I hit my targets – in terms of weights and conception rates – I am paid per month. I know for the next 12 months what’s going to be in my bank account going forward.

“Once I can keep it simple and grass based, that’s a huge benefit for me. I am making a good living from it and it’s making the best use of what I have.”

Across the country, the cost of having dairy heifers contract reared ranges from €1.00/day up to approximately €1.60/day. However, this depends on health treatments, the duration of the stay, the age of the animals, milk feeding requirements and numerous other factors.

To protect the interests of both Neil and the dairy farmers involved, contracts are drafted prior to the heifers arrival on the farm. A price (€/day) is set and an agreement is reached on what vaccinations, health treatments and husbandry practices will be undertaken by Neil.

Targets are also set in terms of heifer performance, especially in relation to daily weight gain and conception rates. 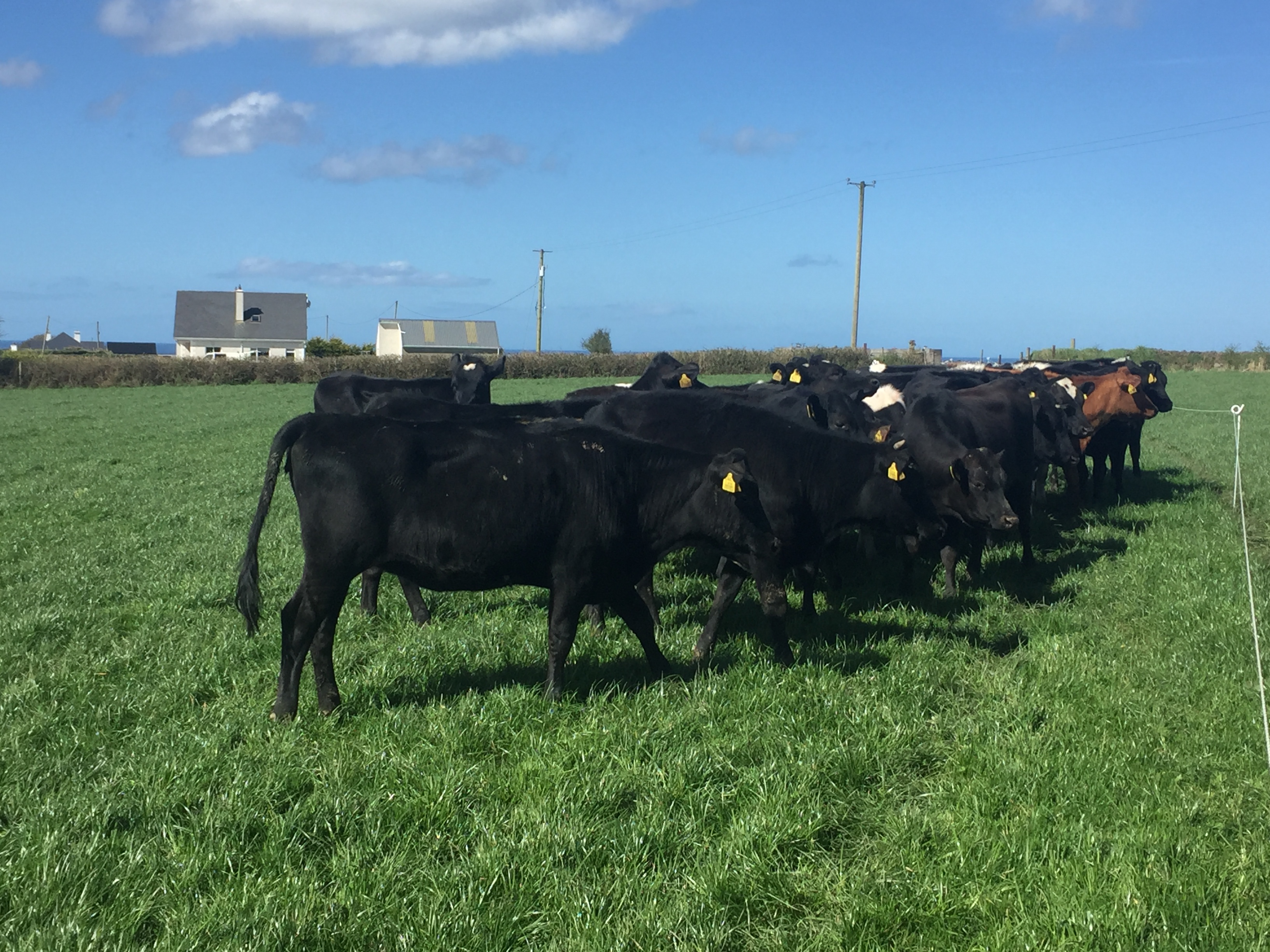 On his relationship with the three dairy farmers, Neil stated: “If there’s a problem, we put it out there and discuss it. If a problem is let go, it’s going to have a knock-on effect on the heifers.

“It’s a matter of making a phone call and sorting the issue out. It’s all laid out in the contract; we talk about it and deal with it there and then.

“When the farmer sees the calves going out the gate in the lorry, he needs reassurance that they are going to arrive back in calf 21 months later and are ready to join the milking herd.

“As a contract rearer, who’s at it full time, I try to be as flexible as I can. I offer the farmer what he wants and I them as many options as they want.

“I also have great help from a neighbour Pete, who works part time with me running the enterprise.” 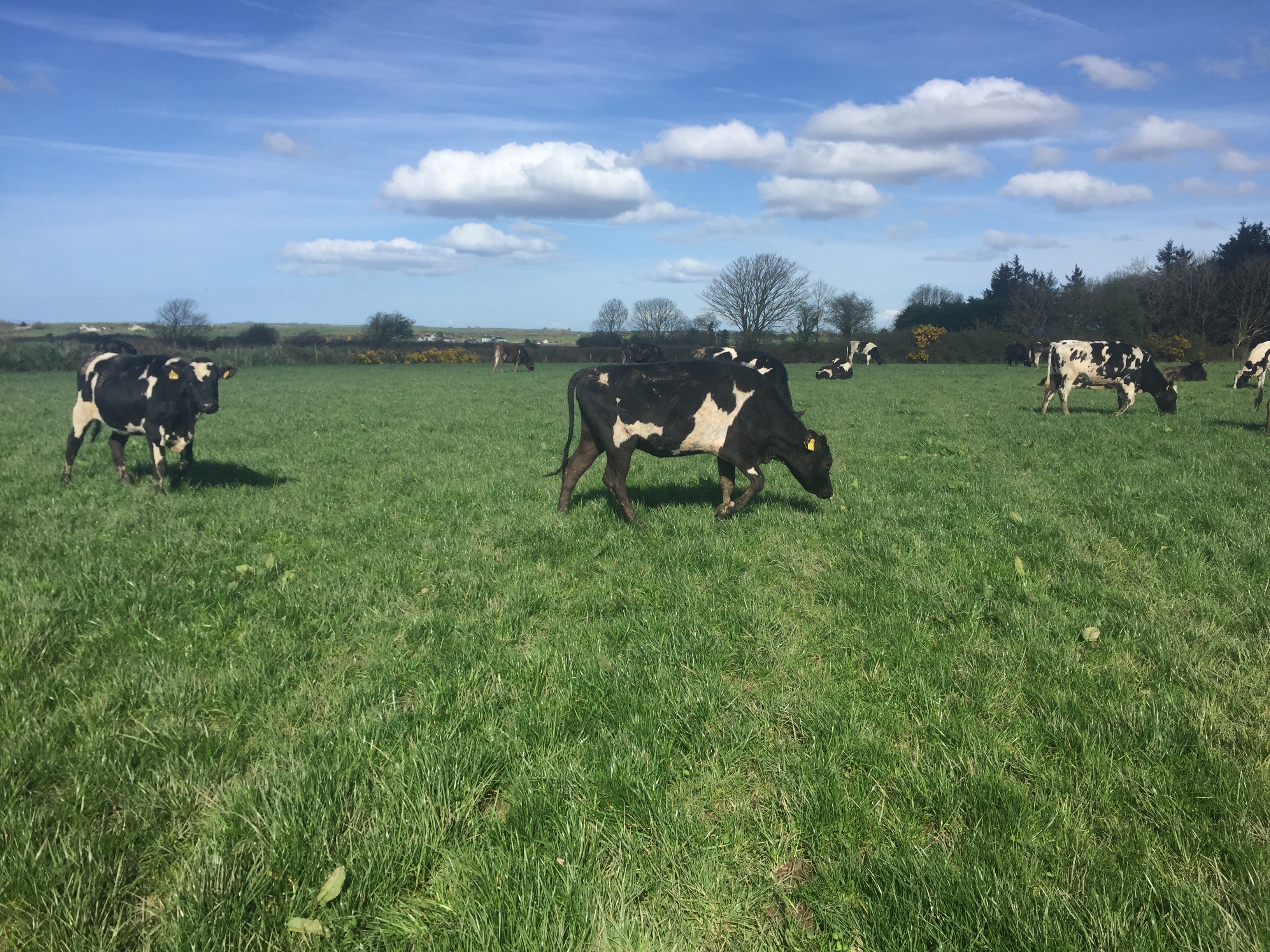 Neil communicates openly with the three dairy farmers involved. Once a month, the heifers on the farm are weighed and Neil relays the resulting information back to the owners.

In addition, the farmers involved visit Neil’s holding numerous times throughout the year to see how the heifers are progressing.

When it comes to herd health, a vaccination programme is implemented to prevent the cross-transfer of viruses from stock from different herds.

Touching on this year’s grazing season, Neil said: “Turnout was one month later this year. The heifers were out on January 20 last year and I didn’t have stock grazing until February 23 this year.

To counteract the reduction in grazing days and to maintain heifer performance, the Sligo-based farmer opted to increase concentrate feeding levels to some of the lighter heifers for a number of weeks.

70 units/ac of nitrogen have also been applied already this year and a further 30 units/ac will be spread before mid-May. The swards on the farm are in relatively good nick and 70% of the grazing area has been reseeded with perennial ryegrass varieties over the past 10-12 years.

When it comes to grazing management, Neil targets are pre-grazing cover of 1,200kg/ha and heifers are grazed under a rotational paddock system.

This year, he will implement a leader-follower system, where calves will have access to a paddock for two days first and a group of heifers will be subsequently moved in to graze off the paddock over the following two days.

The duration animals spend in each paddock will be limited to four days to avoid any negative consequences on regrowths.

In addition, Neil is aiming to have the heifer calves totally off concentrates from about four-to-six weeks post-weaning. 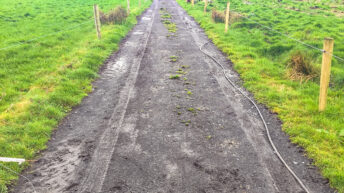 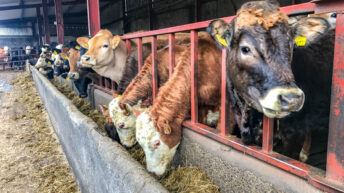