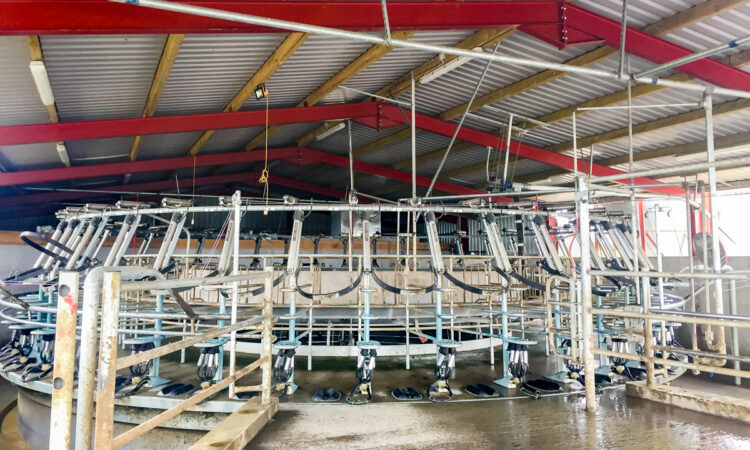 Bruce Thompson and his father Ian don’t know themselves since the installation of their new 40-bale Waikato rotary parlour.

Bruce is farming just outside Portlaoise along with his father and their full-time labour unit Nick Berry.

The farm has undergone huge changes over the last few years and Bruce and his father are still becoming acclimatised to leaving the yard at 5:30pm every evening.

“If I am not finished by 5.30pm I feel like I have failed and that’s the truth,” said Bruce.

Prior to the new parlour installation they had been milking with a 12-unit herringbone. The milking was taking on average two-and-a-half hours to complete; they can safely say that they have changed for the better.

The new 40-bale Wakaito rotary parlour was installed on the farm in 2017.

“Our concept was to keep it as simple as possible, but no simpler. We have what we need to get the cows milked quickly, managed easily and back out to the paddock – nothing else.” 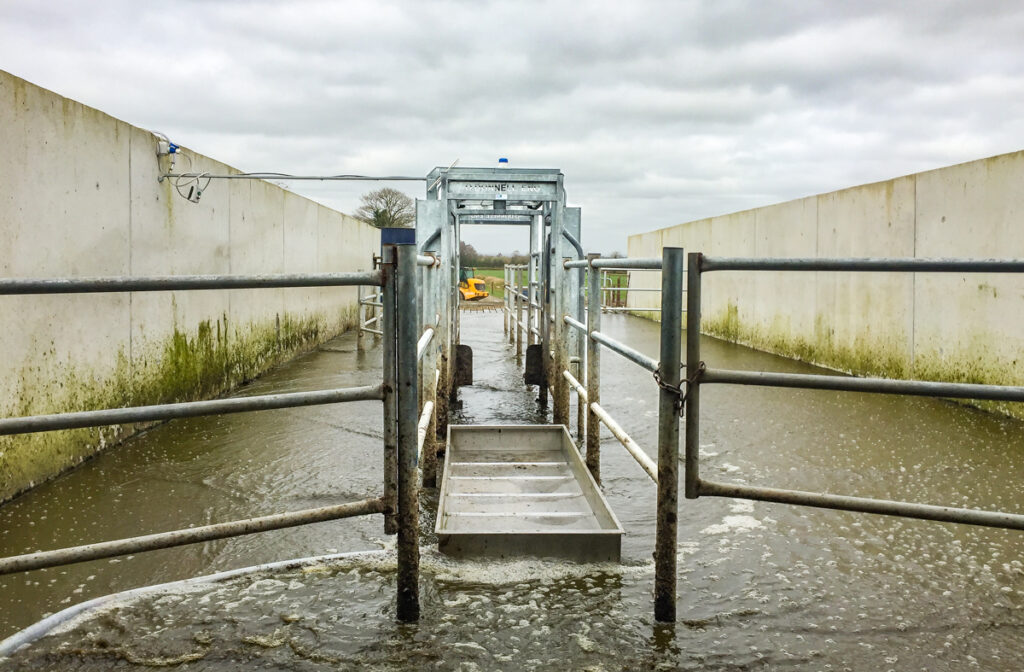 When it came to the decision on which parlour to choose, Bruce explained: “We compared this parlour to a 30-unit herringbone in price.

The milking time in a 30-unit parlour, when compared to a rotary, was also taken into consideration.

“We said that milking 210 cows would equate to seven rows of cows in a herringbone. On average, it would take about 12 minutes to milk a row, so 84 minutes in total plus six minutes washing – an hour-and-a-half in total.

Where as, in the rotary, every 10 minutes we have 40 cows milked. So it takes 50 minutes to milk in comparison. It genuinely never takes any longer than an hour to milk here, even in the spring time.

“We are saving on average 30 to 40 minutes a milking here, compared to a herringbone.

“There is also the argument of whether or not one person would manage milking in a 30-unit parlour by themselves, without running the parlour inefficiently.

“I can safely say that I can leave the yard during the peak calving season and be confident that one person will be able to manage on their own,” highlighted Bruce.

Calf rearing is kept to a high standard on the farm. When the cow calves she is brought into a nearby crush and milked with a portable milking machine unit. The calf is then removed and stomach tubed with 3-4L of colostrum.

“Almost all the colostrum is tested on the farm. We don’t feed any colostrum to calves that is under 27 on the refractometer,” explained Bruce.

An emergency supply of colostrum is kept cool in old creamery cans in a stream next to the parlour.

Explaining the reasoning behind this Bruce said: “We were using a fridge but it was just taking way too long to cool the milk. This way, it cools the milk down to 7° very quickly and keeps it there. 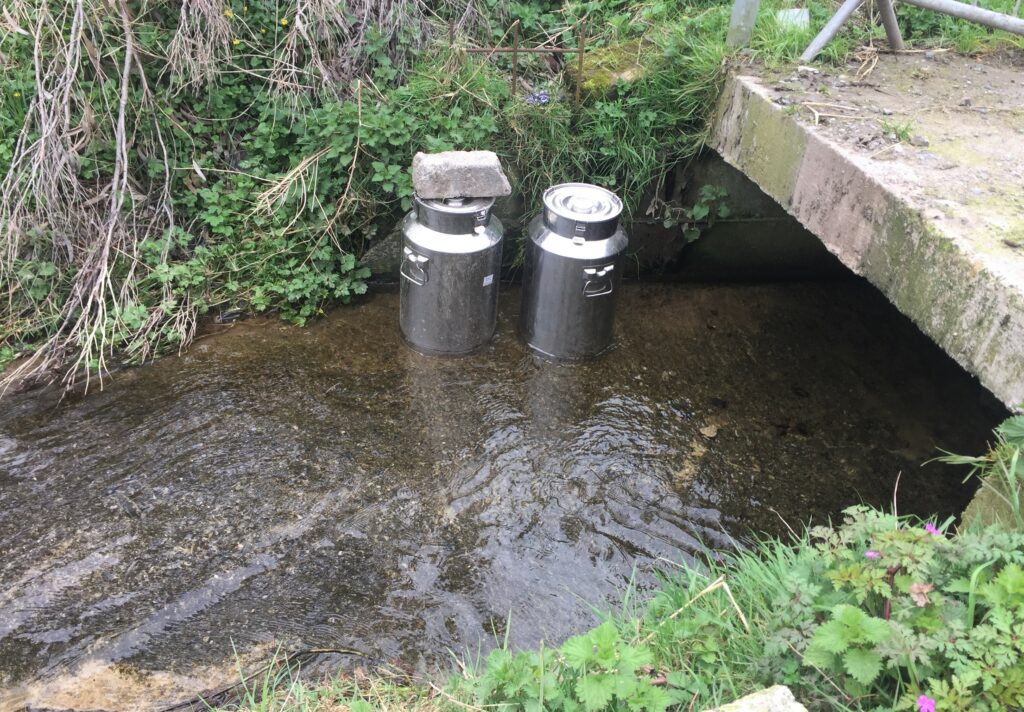 “When needed it is brought inside and heated with a soup kettle to warm it up. We find it very efficient because it heats it up very slow and gently,” explained Bruce.

After being removed from their mother the calves are moved to pens of two, where they are placed on transitional milk for three days. Following this they are moved into group pens and placed on milk replacer.

This year an Urban automatic calf feeder was installed on the farm. The feeder has four individual feeding spaces, a health monitoring system and can gradually wean a calf as he/she reaches a certain age.

“I’m very happy with the feeder; the calves are storming ahead. The majority of them are currently on a kilo of milk replacer. 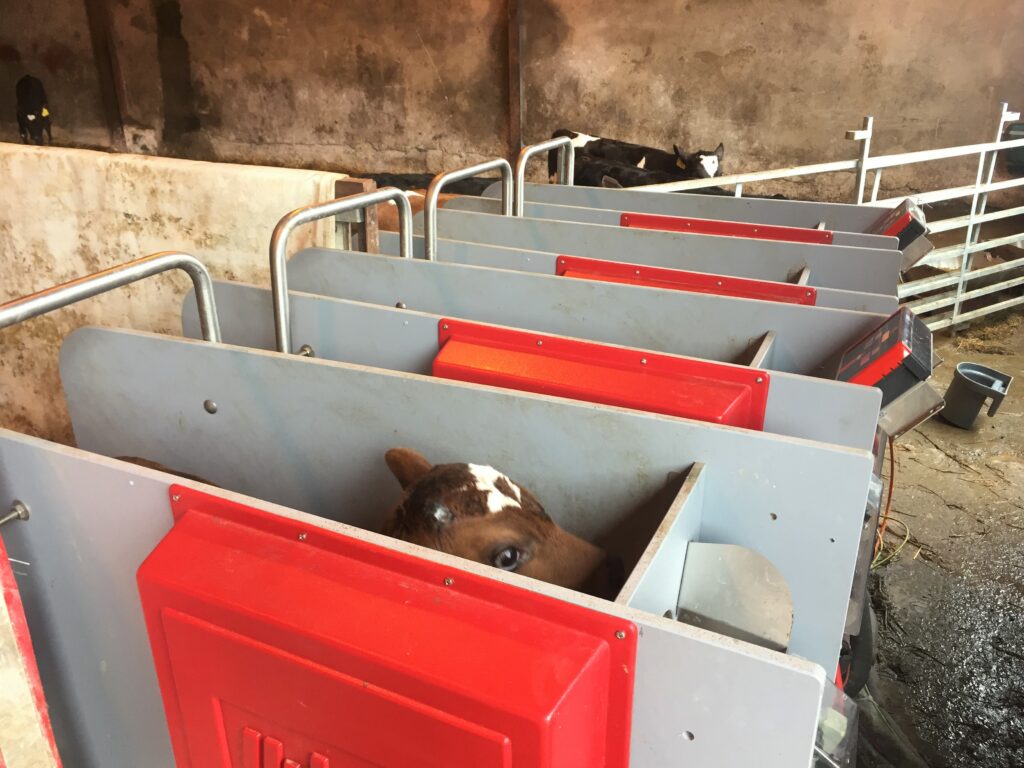 “The automatic feeder starts them on 750g of milk replacer and builds them up to a kilo. If I was feeding them on a regular feeder I would do the same.

“I think feeding calves a high amount of milk replacer from the start gives them the ability to fight off any illness,” said Bruce.

Last year Bruce made the decision to serve all the cows with Jersey; this year he intends to make the switch back to high-EBI British-Friesian.

“I didn’t want to go in with them in the first place because I felt I would be dealing with a heavier animal not suited to the ground conditions here. That’s another reason why we went for Jersey – to bring down the cow size,” explained Bruce. 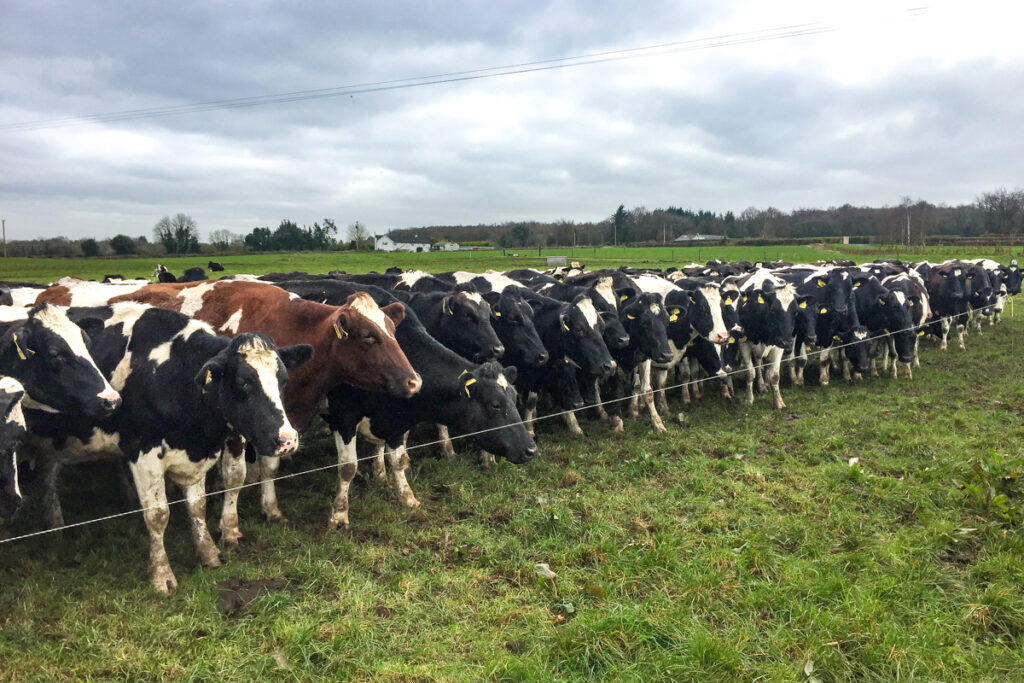 Touching on his strategy for the bull calves, he said: “We have had no problems getting rid of bull calves this year and we got what we expected to get – which was nothing.

“The deal we made with people was you can have them for free, but you have to take them between day 10 and day 14.

Getting them off the farm was a plus because we had calculated that it was costing us €3/day to keep them; so every week was €20 more that he had cost you.

“We don’t mind giving them away for nothing as long as people respect the calves,” expressed Bruce.

Touching a little on heat detection, Bruce said: “For heat detection a watered down Dulux paint is used and is applied using an ergonomically-designed roller brush.

“We have the application to a fine art now; literally just one stroke over the tail while milking and then it is topped up once a week.”

Along with the parlour, an additional 130 topless cubicles were installed on the farm. They are located in one long strip of back-to-back cubicles with two concrete walls either side.

Two scrapers operate running from one end of the passage to the other, leading into an 8ft deep tank which is then pumped into a nearby overground tank.

“I always get criticised over the walls and in my opinion they are nearly as cheap as putting up rails – well not as expensive as people think they are. 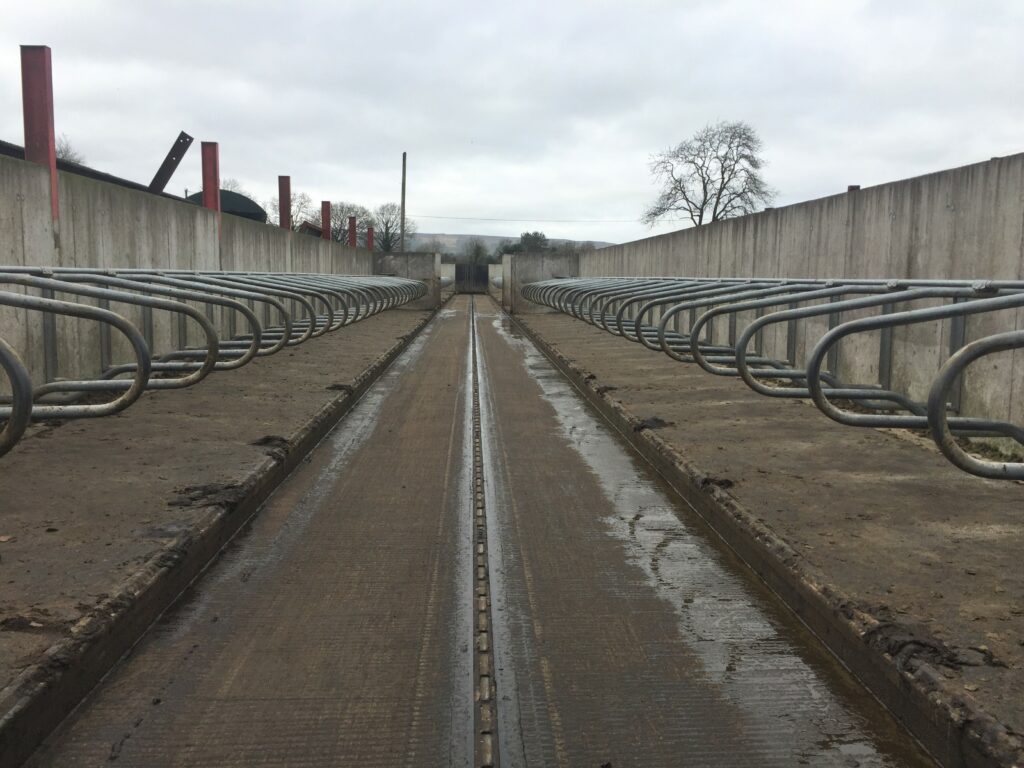 “I have measured the temperature here in the winter and there is about 4° of a difference between the inside of the wall and the outside. So, if they are loosing that heat they either have to make that up with body condition or feed.

“The topless cubicles work well, but I don’t think they are suitable for milking off of,” concluded Bruce. 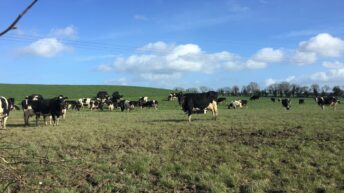