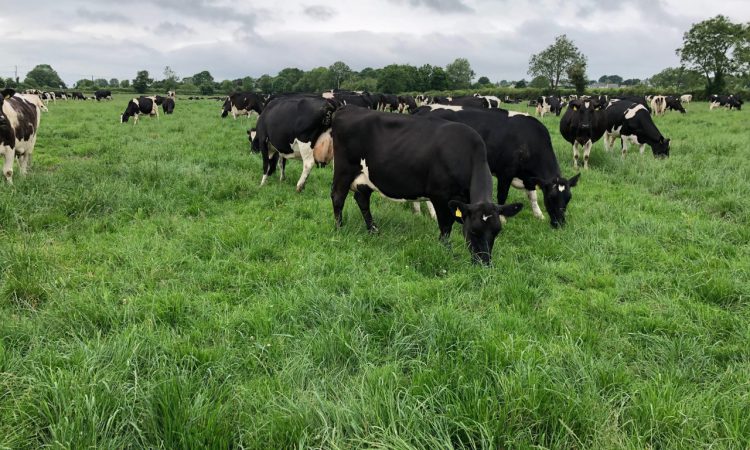 Michael Walsh and his son Michael have seen their herd of cows expand rapidly over the last few years.

A number of factors – including the abolishment of milk quotas – were at play in their decision to expand.

For example, land became available – across the road from the main yard – in 2017, that the duo took on, which gave them the flexibility and freedom to increase their milking herd.

Speaking to AgriLand about their decision to expand, Michael said: “A number of factors came in to play after 2015. We were restricted in what we could produce [in terms of milk] prior to that, so when the opportunity presented itself to expand we took it.

At the moment we are milking 250 cows but, in the near future, we hope to move up to 300 cows – which we would be comfortable at.

“We have upgraded our facilities and we have done a lot of reseeding over the last few years, which has left us in a good position to push on and become more efficient.” 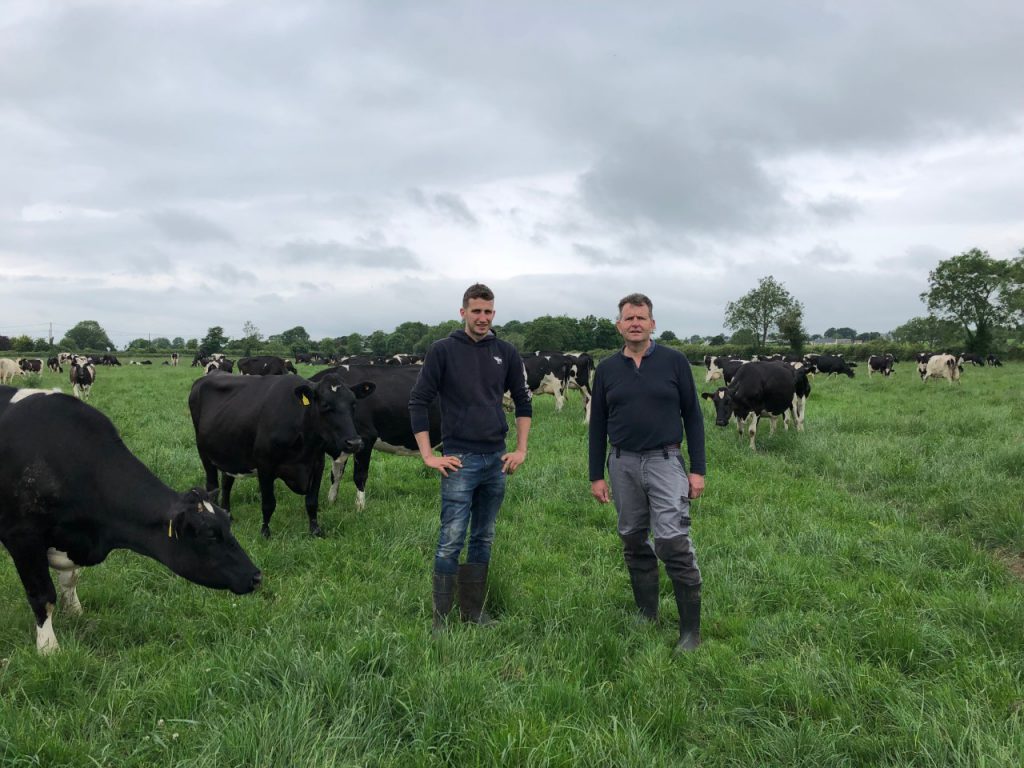 The father-and-son team run a spring-calving herd made up of predominately Holstein-cross British Friesian cows; however, there are also a few Jersey-cross cows in the mix as well.

Since 2015, the duo have gone down the route of buying in cows to increase the size of their milking herd.

However, this year, over 90 Friesian heifer calves were born, so the hope is that no more cows will have to be bought. Instead, the plan is to run a closed herd from now on and to breed from within.

The bull calves are sold – except for a number of ‘whitehead’ calves – which are kept and finished for beef at 24 months-of-age. 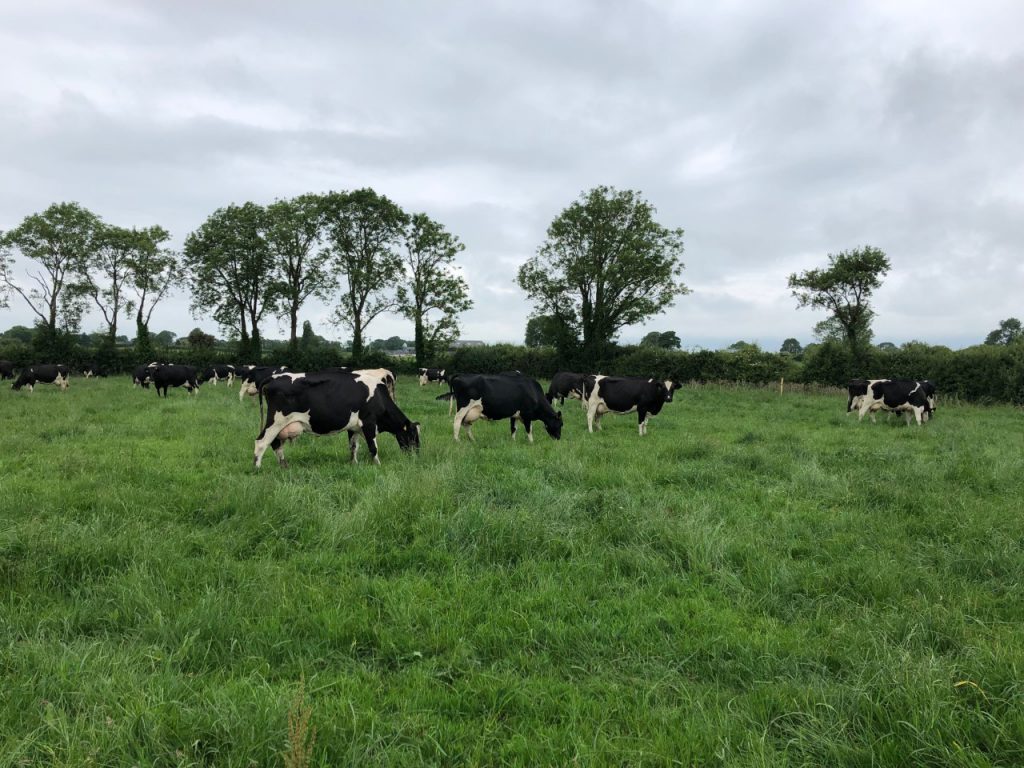 The breeding season is coming to a close on the Walsh’s farm. At the moment, a team of Friesian and Angus bulls are running with the herd to ‘mop up’ any cows that haven’t held to their serve.

Breeding kicked off in the first week in May. All the cows were AI’d, which lasted for six weeks. 95% of the herd were served with a Friesian straw, while the rest were given a beef straw.

Speaking about the breeding period, Michael said: “It was a busy few weeks. Michael and I were kept on our toes picking out cows during the first few weeks.

The drafting system we installed made the task of separating cows – that were in heat – much easier. We are happy enough with how it has gone – so far. 70% of the cows were submitted within the first six weeks – which is fairly good going.

“At the moment we have a team of bulls running with the cows and, thankfully, so far, we don’t seem to have too many repeats – which is a great sign.

“It has been a busy couple of months between calving and the breeding period. Our last cow just calved there last week.”

Over the last number of weeks, the dry conditions – that the entire country has experienced – has led to reduced grass growth rates, which has forced some farmers to open up bales of silage and increase concentrate supplementation.

Although measures such as feeding silage didn’t have to be put into action, the Walshs were concerned up until two weeks ago about what they were going to do if the weather didn’t break.

Michael explained: “The fact that we are not overstocked helped us big time. We were getting very tight for grass and it ended up that paddocks we had intended on taking out for bales were left for the cows to graze.

About 20mm of rain fell over the last 10 days or so and the difference it has made has just been unbelievable.

“If you were to look at our farm today you wouldn’t have thought we were tight for grass but if you were here just before the rain came you would have been able to see how bad the situation was becoming.” 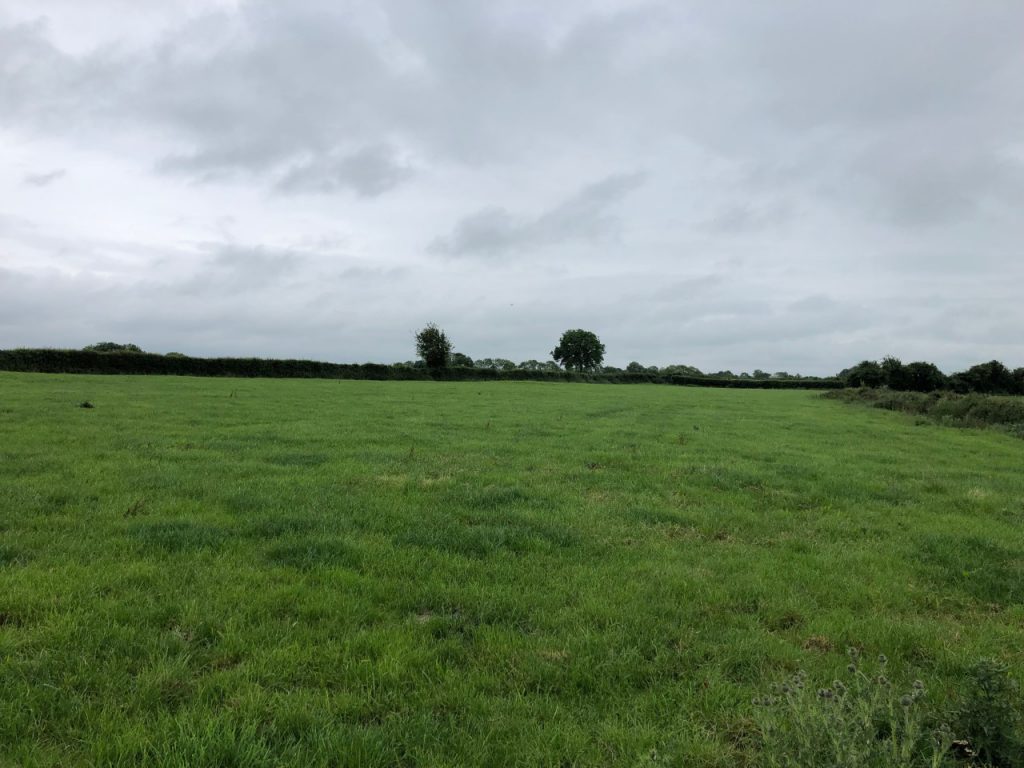 Michael added: “The paddocks we decided to leave and not make bales out of have gone crazy and, to be honest, it has come to a stage where they have gone very stemmy.

“However, I would rather have the cows graze stemmy grass than having to feed them silage – like other farmers have been forced to do.

“The fact that growth rates have gone back up to nearly 90kg DM/ha over the last week or so, I was able to take out a couple of acres [of grass] that had gone way too strong.

The cows, at the moment, are going into covers over 2,000kg DM/ha. Although, considering the year we have had to date, I am not going to complain about what covers [of grass] they are going into.

“Moreover, even though the quality of grass might not be top class, the cows are still averaging 26L of milk and the latest butterfat and protein percentages came back at 3.67% and 3.51% respectively – which we are happy with.

“It’s important to note that we have a feed-to-yield system in the parlour, so, on average, cows would be getting 4.5kg of concentrates a day, which is helping to boost production as well.” 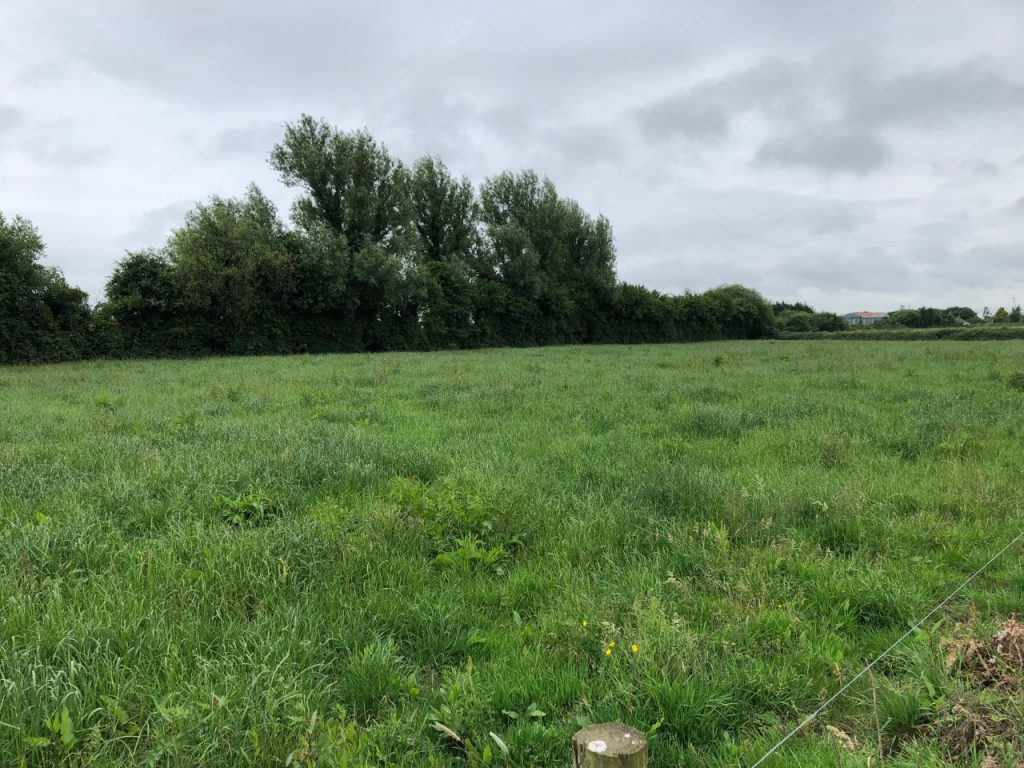 Over the last few years, the father-and-son team have made a number of improvements to make the task of managing and milking their cows more efficient and safer.

Back in 2017, a block of land was purchased – across the road from the yard – which the Walshs were able to introduce into their existing milking platform.

Speaking about the changes that have occurred over the last few years, Michael said: “We purchased land about three years ago. So, to incorporate that block of land into our milking platform we had to install an underpass.

We spent a while walking the cattle across the road but it was a three-man job and it was also dangerous as it was a very busy road.

“I can safely say it was one of the best investments we have made to date. It was a weight off our shoulders in a number of ways.

“Firstly, we can just open the wire into a paddock across the road and the cows can head over after milking, through the underpass, and I don’t have to worry about them. Whereas, before, we would have had to keep them in the yard or let them wait on the roadway – which was hard on their feet.

“Secondly, it is much safer than having to walk them across a busy road – like we were doing originally when we bought the land.” 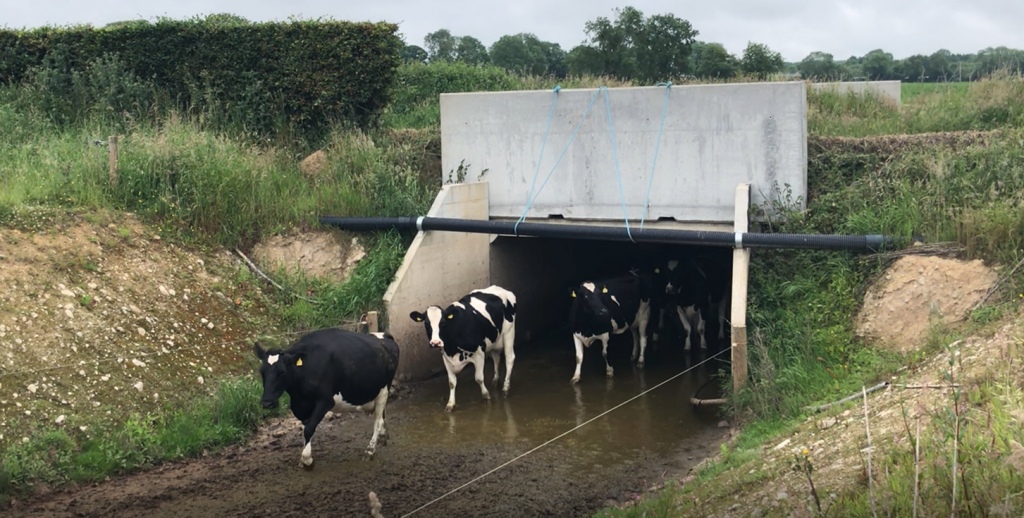 Michael added: “Then, last year, we decided to upgrade our milking facilities. We were managing just fine until we got up to about 180 cows. After that, it was becoming a mentally and physically draining task – to milk them.

“The milking process has become enjoyable once again and instead of starting at 4:30am, we don’t have to start until 6:00am and we also get to finish up that bit earlier in the evenings as well.

“We have done a lot of reseeding over the last few years as well, so I think – after a few years of improving on what we had – we have reached a point where we have everything in place to run an efficient system.” 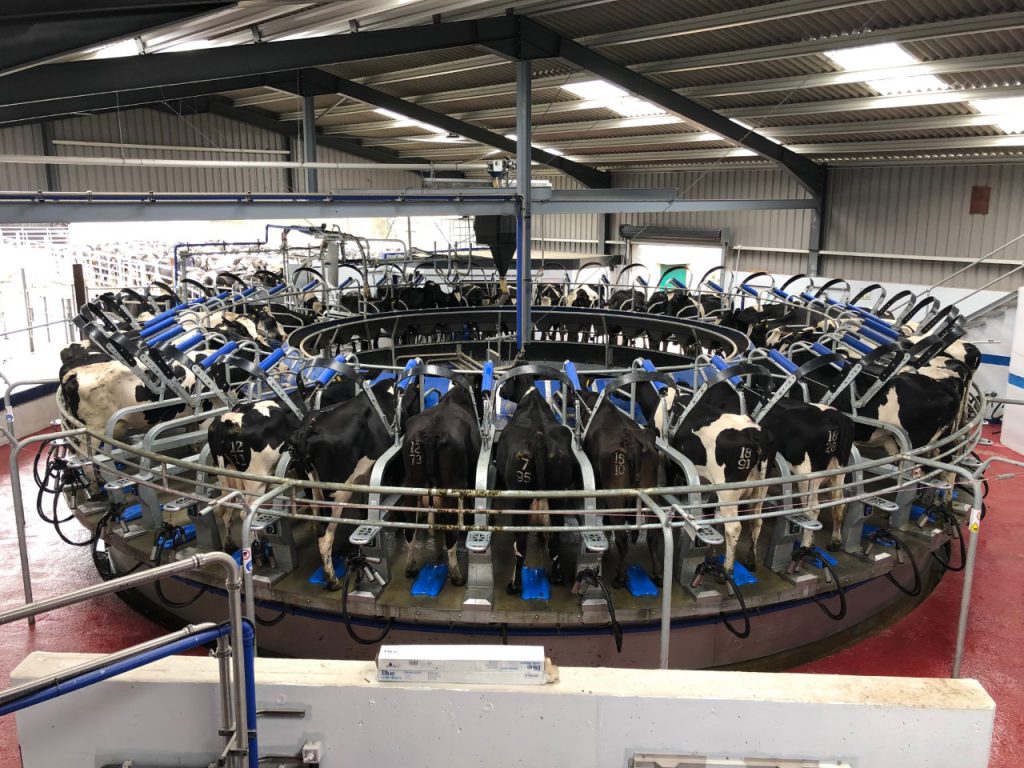 All going well, the father-and-son team plan to move up to 300 cows – in the near future; however, before that can happen, more winter accommodation will be needed to accommodate that increase.

Speaking about what the future holds for the farm, Michael said: “At the moment we are very happy as to how far we have come.

“I’ll go back to it again; the only reason we expanded as much as we did is mainly down to a lot of things going our way, such as land becoming available beside us.

I know everyone says it, but – it is true – you need proper, up-to-date facilities in order to milk a large number of cows.

“We saw that ourselves when we were milking through the old parlour, it wasn’t sustainable. For the next while, Joseph – our full-time employee – and I will continue to milk away, while Michael juggles his agricultural contracting business as well as helping us on the farm when he can.

“The main reason for expanding and spending the money we did on the new facilities was because Michael plans to take over from me when I retire.

“I would have tipped away milking fewer cows through the old parlour if he told me he had no interest in farming. So, it was great to hear when he said he wanted to continue on from me when I finish up.

“As long as milk prices stay relatively strong I think everything we have put into the farm will be justified.” 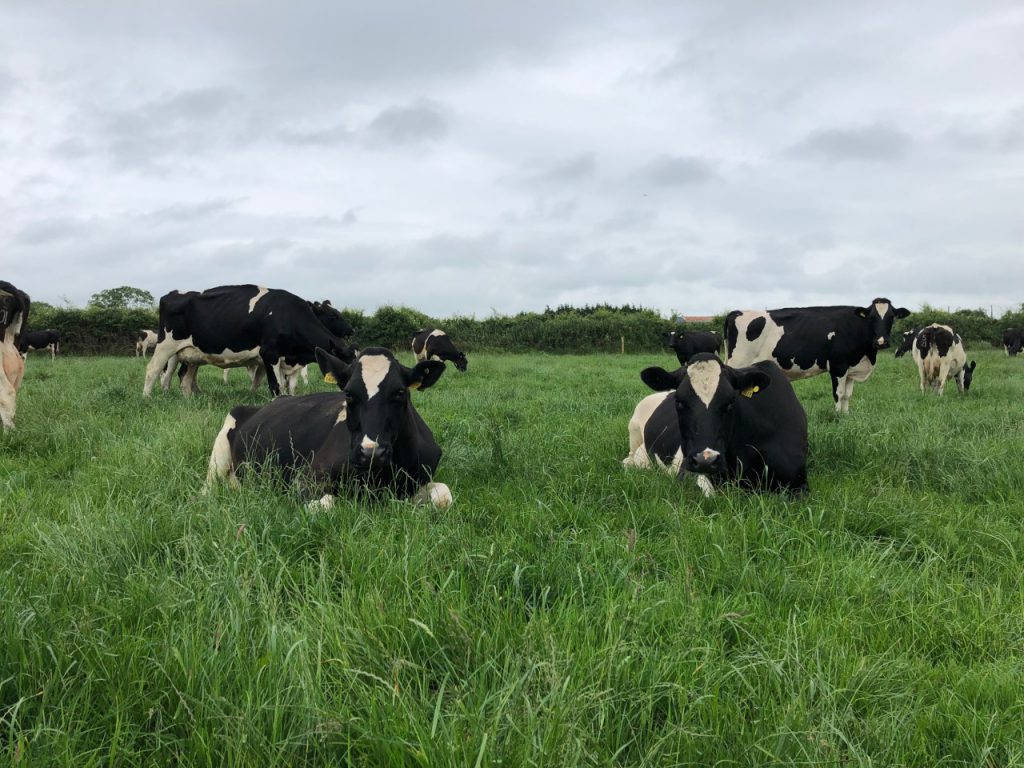 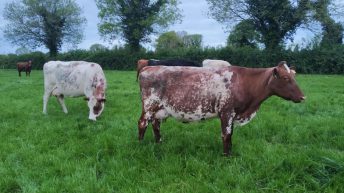