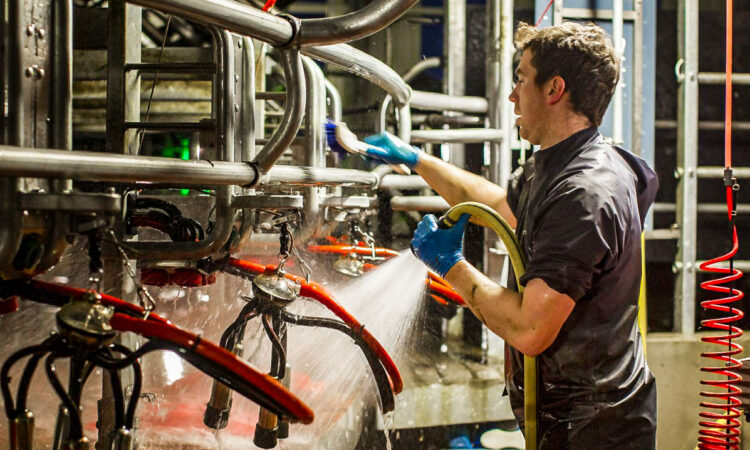 Like so many dairy farmers throughout the country, this spring has proved challenging for PJ O’Keeffe – the 2017 Marca na Feirme / FBD Young Farmer of the Year.

AgriLand recently caught up with the Kilkenny native to see how he fared this spring and to delve into his plans for the coming year.

I first met PJ a little over two years ago and to say I was bowled over by his enthusiasm is an understatement. Even today, after one of the most challenging springs in living memory, PJ’s passion and love for dairy farming continues to shine.

“2018 has been a year that has tested farmers’ resilience, but you have to focus on the positives,” he began.

Every day I am seeing something positive and they’re the things that get you out of bed in the morning for. If you were to focus on the negatives – such as an empty silage pit – you’d never do this or you’d never encourage anyone to enter dairy farming.

“Family time is really important this time of year and, although it can be very hard to make time, it’s what we are doing it for; it’s not always about the money.

“Closing the gate in the evening and spending time with family really puts everything into perspective. There were days where I was absolutely shattered, but it’s the time that I spent with my 2.5-year-old son that really brightened the day,” he said.

Delayed growth and challenging ground conditions resulted in grazing being delayed on PJ’s farm and, as a result, additional feedstuffs were bought in to met the cows’ nutritional demands.

“We had a beet contract that saw us through until mid-March and we bought in maize silage to see us through. Towards the end of March, we started buying some silage and we fed 8kg/day of ration (18% protein) in the parlour.

“In the difficult weeks when cows weren’t getting out to grass by day, we topped the silage up with 2kg/day of a protein balancer and 2kg/day of a fodder stretcher.

“The last week has been the breath of fresh air that we all needed because it was starting to look very serious,” he said.

PJ was keen to ensure that his cows were adequately fed during the challenging spring, adding: “We ask a lot of cows these days. Once a year, we ask them to hit big yields from a milk solids point of view and we need to keep them performing. 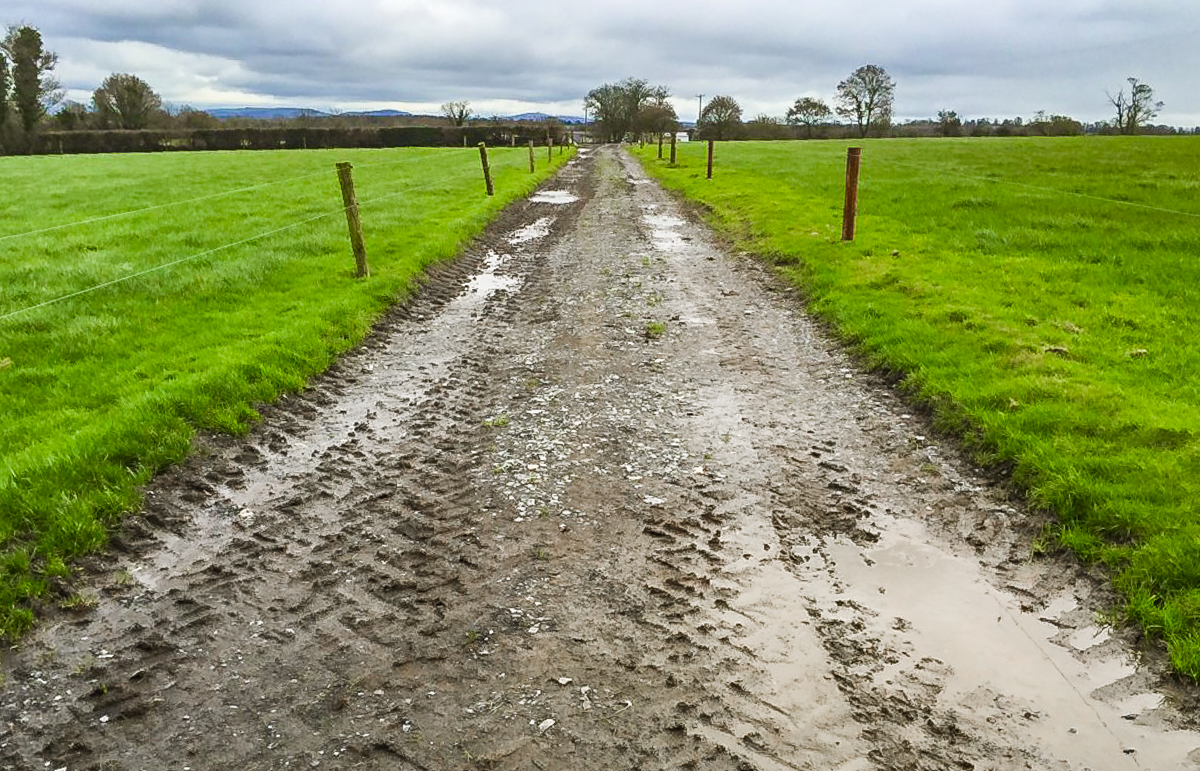 “Solids didn’t come back at all because we were feeding the cows very well. For a few weeks, we had to cut out grass silage altogether. The cows were getting 20kg/day of maize silage and the production off that was absolutely superb.

Yes, there was a cost associated with that; but leaving cows hungry or feeding poor-quality silage wasn’t an option.

“The main thing I’ve learned from this spring is that it has to be doable before it’s profitable. I was conscious that I was getting into a very high cost system; but we had to look after the cows, as we need them for the rest of the year.

“Where milk price was, we knew that we were able to look after the cow without crippling the bank account,” he said.

After a prolonged period of on-off grazing and supplementary feed, PJ’s cows are now back at grass and are producing 26.5L/day at 4.14% butterfat and 3.44% protein.

Breeding start date is next Monday and PJ has changed tack slightly when it comes to the bull team and breeding season length.

“Cows are bulling well and we will breed with AI for three-to-four weeks, with the option of extending that out further. In normal years, we would have been 100% AI the whole way through the breeding season. 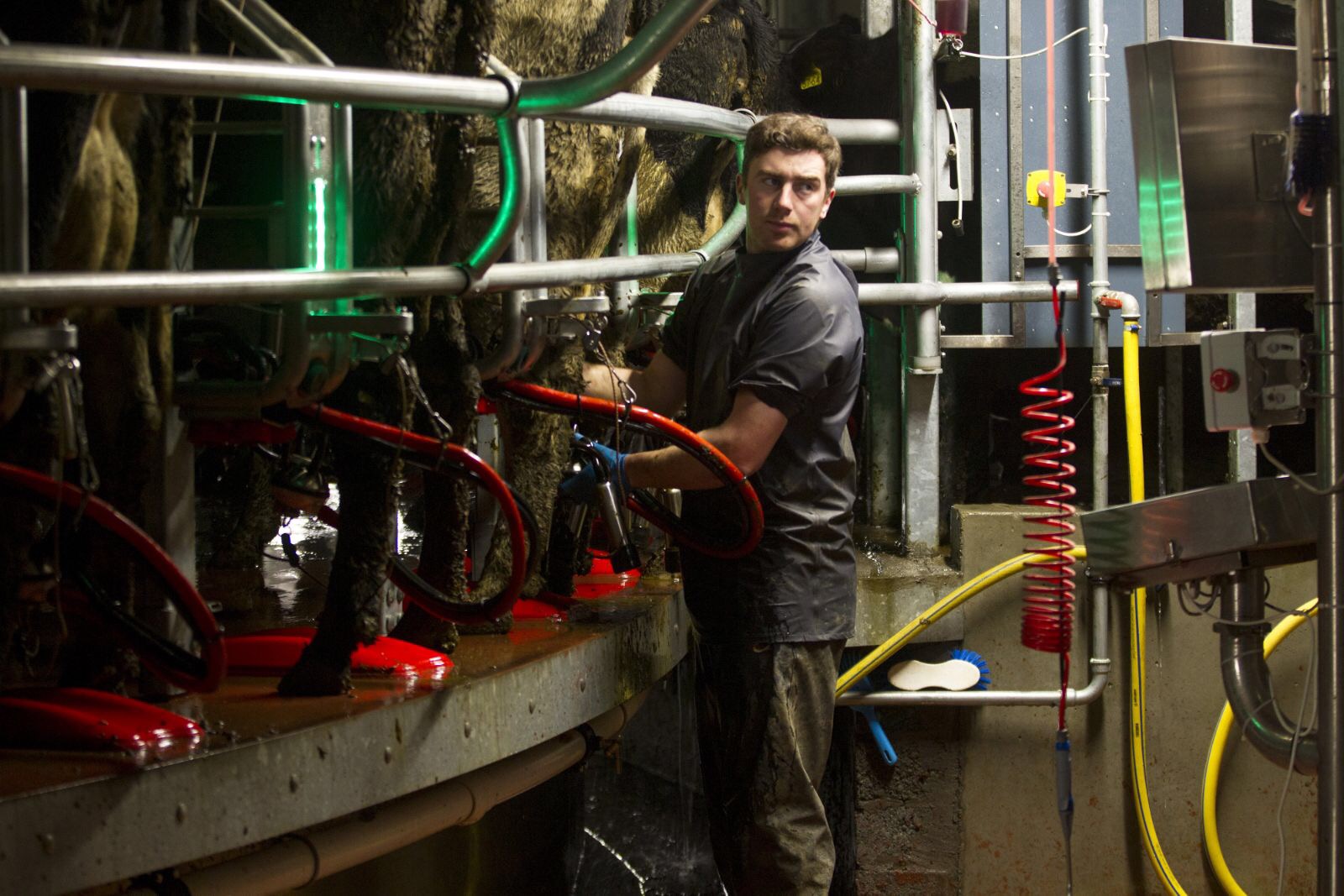 “Right now, given the spring we’ve just had, I’m not going to ask the staff to do it and we will definitely go in earlier with the stock bulls.

“To take the pressure off staff, we have also decided to run a stock bull with the replacement heifers. I know it’s going against all of the advice, but it’s as much about minding people as it is producing from the cow.

“It’s been a hard spring for farm workers as well and there’s nobody really singing their praises. We really have to tip our hat to these people who are the back bone of a lot of farms. Money couldn’t pay them for what they done during the snow this year,” he said.

On bull choice, he said: “We are going with high-EBI Holstein Friesian bulls and some of the bigger Friesian cows will get straight Jersey.

“We are still crossbreeding, but we won’t be using strictly crossbred bulls on the cows. A large proportion of black and white bulls will be used and that’s just for the sustainability of the farm in terms of selling the bull calf and the cull cow.

“My experience – over the last couple of years – has definitely thought me that the small, crossbred cow is not wanted on the cull market. She’s a real budget cow for someone and the same can be said for crossbred bull calves.”

When it comes to next winter’s feed reserves, PJ said: “I am getting a guy to grow 500t of maize on contract. If we don’t use that, it’s going to be an insurance policy going forward.

“I have taken on an extra bit of land this year and we’ll drive what we have on as well. I’m pretty confident that we should be able to fill the feed reserves for next spring.

“I had hoped that we would put five month’s feed in the pit, but that’s a little bit of a tall order at this stage,” he added.

Young Farmer of the Year

Entries are currently open for this year’s Young Farmer of the Year competition. On his experiences, PJ said: “It’s a great opportunity to benchmark yourself against what’s out there; it’s a really good chance to sit back and look at your business and to assess where your own farm has come from.

Often, we think that Rome can be built in a day; but one thing I have learned from dairy farming – whether it’s breeding, genetics or grassland – it takes five-to-10 years when you change your focus to get to where you want to go.

“When you do that, you realise that you are probably doing a better job than you’re giving yourself credit for.

“I’ve entered the Young Farmer of the Year competition twice and that one thing I have really taken from it is the inspirational people – who are really good at what they do – that I’ve met along the way.

“To see what these guys are doing outside of farming, you soon realise that some of these people are sensational both inside and outside of the farm gate,” he concluded. 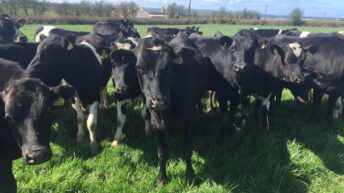