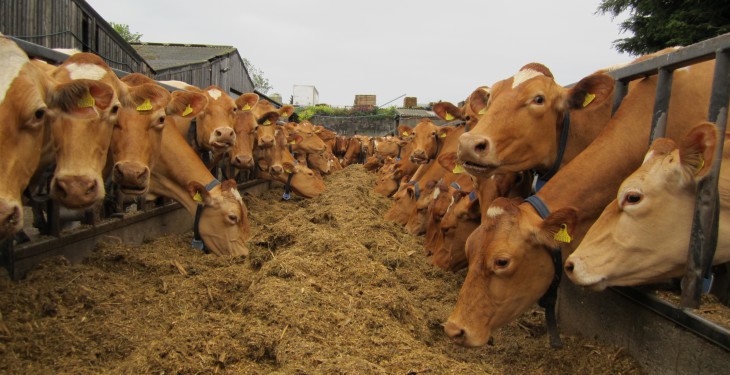 Dairy farmers can look forward to ‘volatility proof’ loans, according to the European Commissioner for Agriculture Phil Hogan.

Speaking at the ICOS national conference, the Commissioner said that farmers should have certainty around their income and that four possible loan options may be workable for farmers.

“We are still a long way off, and of course the EIB needs to do its own assessments diligently, but I believe that some modification or variation of the following characteristics could ultimately prove to be workable.

He also said that the dairy sector is viewed positively by banks as the default rates are very low.

“The dairy industry rightly point out that producers with no land, who wish to use leased land to start up or expand, lack collateral for use as security. This approach would enable new entrants to use land held by retirees, or held by others who do not wish to pledge their land as security or do not wish to sell the land.”

Commissioner Hogan also said that with more than half of our dairy farmers are over 55 years of age and only 6% of EU farmers aged below 35, tools must be provided to drive vital generational renewal.

“Any risk management tools for the EU dairy sector must take on board the challenging features associated with milk production against a background of ongoing volatility.”

In other words, he said, bespoke solutions are necessary and desirable for dairy farmers in Europe.

“This dramatic price variation, when combined with similar variation in prices for other dairy products, has resulted in farm gate milk prices at EU level varying with equal magnitude.

“Meanwhile, feed and fertiliser are key inputs for farmers and their prices do not move with milk prices. But prices of inputs are also volatile.”

This pattern, he said, presents problems for all dairy farmers as they cannot plan cash flow with reasonable certainty. This also affects the level of debt which can be raised and serviced.

“This has a knock on impact on the level of on farm investments to support a growth agenda.”

Hogan also said that the era of quotas is over.

“I want to be clear on one thing: the era of quotas is over. And while the Commission will always be willing to consider temporary measures to support producers, we are now in a new era, with a more market-oriented CAP.”