Irish food exports to the US including butter, cheese, liqueurs and pork products are among a large number of goods from the EU that are set to be hit with new trade tariffs of 25%.

Such tariffs are expected to kick in in two weeks’ time.

This follows the US winning the largest arbitration award in World Trade Organization (WTO) history in its dispute with the EU over illegal subsidies to aircraft manufacturer Airbus.

The decision, made by the WTO yesterday, Wednesday, October 2, “demonstrates that massive EU corporate welfare has cost American aerospace companies hundreds of billions of dollars in lost revenue over the nearly 15 years of litigation”, according to the Office of the US Trade Representative (USTR) in a statement on the matter.

“Finally, after 15 years of litigation, the WTO has confirmed that the US is entitled to impose countermeasures in response to the EU’s illegal subsidies,” USTR Robert Lighthizer said.

“We expect to enter into negotiations with the EU aimed at resolving this issue in a way that will benefit American workers.”

The award of $7.5 billion annually is by far the largest award in WTO history—nearly twice the largest previous award.

Under WTO rules, the arbitrator’s decision is final and not subject to appeal.

According to the trade representative’s office, the tariffs will be applied to a range of imports from EU member states, “with the bulk of the tariffs being applied to imports from France, Germany, Spain and the UK – the four countries responsible for the illegal subsidies”.

Although the USTR has the authority to apply a 100% tariff on affected products, at this time the tariff increases will be limited to 10% on large civil aircraft and 25% on agricultural and other products.

“The US has the authority to increase the tariffs at any time, or change the products affected.

“The USTR will continually re-evaluate these tariffs based on our discussions with the EU,” the office concluded. 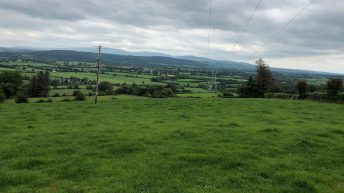