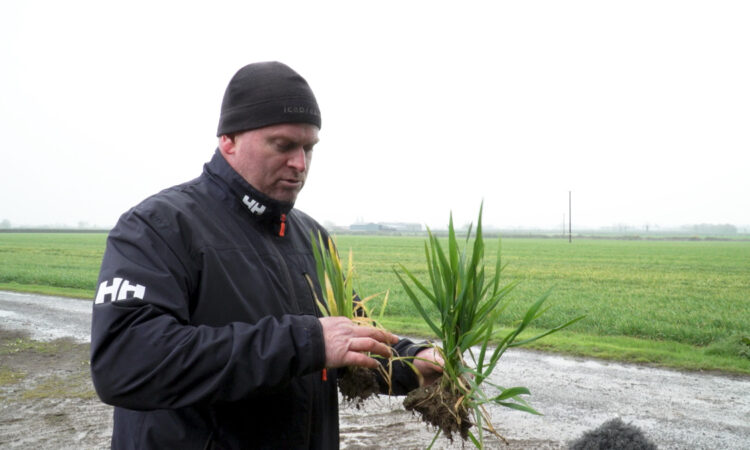 John Mulhare is happy with his winter barley crop at present and an application of Treoris, Rubric and Midas at T1 worked out well.

In this installment of CROPS WATCH, in association with TerraChem, the agronomist decides on the crop’s T2 application and also looks ahead to T3.

The second last leaf was peeping on the crop on the day of filming (April 15) and John expected flag leaf to be 10 to 14 days away.

As the variety is a hybrid – Bazooka – the fungicide application will be moderate, but prothioconazole should be added to the mix where conventional varieties are being grown.

Watch out for mildew

Mildew was widespread in early spring and growers should keep an eye out for a re-emergence of the disease in the coming days – as temperatures increase and nitrogen also becomes more available.

Talius and Midas are good options for control and prevention.

Yellow most likely lack of nitrogen

John pointed out that many winter barley crops are under stress due to recent cold and wet weather. Some of his reasoning on this is that cold winds dried the top of the ground and prevented nitrogen from making its way to the crop’s roots in a fast manner.

John also pointed out a patch in his winter barley which did not receive nitrogen as he was avoiding an obstacle in the line of the sprayer.

The yellow leaves and lack of nitrogen were clear and shows that yellowing on crops throughout the country is most likely due to a lack of nitrogen, though a concerning amount of barley yellow dwarf virus (BYDV) is visible in crops.

The fact that nitrogen was slow to feed the crop leaves a possibility for bounce-back growth and the rate of growth regulator will have to be adjusted accordingly. 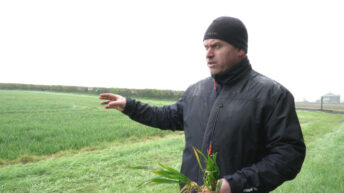 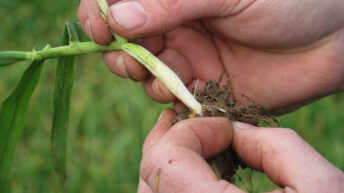