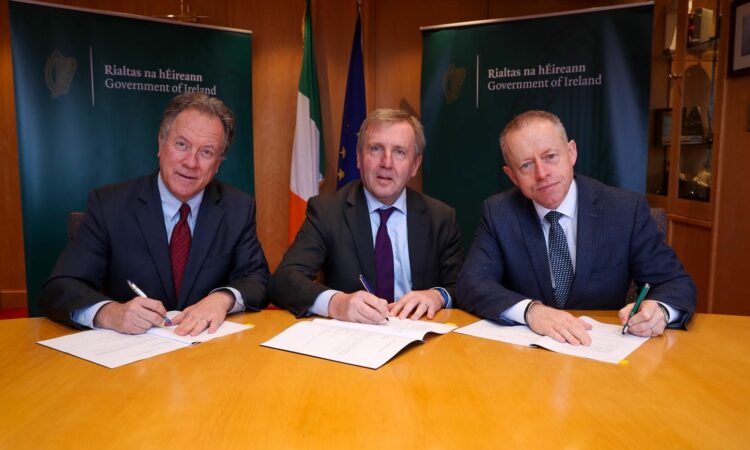 L-R: David Beasley, executive director of WFP; Michael Creed, Minister for Agriculture, Food and the Marine; and Ciaran Cannon, Minister of State for the Diaspora and International Development

Minister for Agriculture, Food and the Marine Michael Creed pledged €70 million in funding to the United Nations World Food Programme for the period 2019 – 2021.

Minister Creed commented on the agreement, saying: “I am very pleased to sign a new Strategic Partnership Agreement with the World Food Programme that will see Ireland’s contribution to WFP increase to at least €70 million over the next three years – an increase of 16% over the last partnership agreement.

“This confirms Ireland’s commitment to fighting world hunger, in conjunction with WFP,” he added.

The agreement was co-signed by David Beasley, executive director of the World Food Programme, and Minister of State for the Diaspora and International Development, Ciaran Cannon.

Continuing, Minister Creed said: “Ireland, represented by my department, has a seat on the Executive Board of WFP until the end of 2019, and I am very pleased to welcome the WFP executive director David Beasley to Ireland for the signing of this important agreement.

“Ireland greatly appreciates the work of the World Food Programme in contributing to the Sustainable Development Goal of zero hunger.”

The Government and the people of Ireland are truly saving lives and changing lives by this generous contribution, which will enable WFP to help those who need it the most.

“We at WFP are grateful for the support and partnership we have with Ireland,” the executive added.

Minister Cannon stated: “The Global Ireland strategy committed the Government to delivering the UN target for ODA spend of 0.7% by 2030.

“We are also nearing completion of a new international development policy, which will set out our key priorities and areas of focus for the years to come.

“A key element of this policy will be continuing to prioritise the fight against hunger,” the minister asserted. 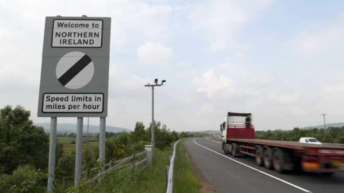