Counties affected by peat-cutting suspension will receive funding for greenways 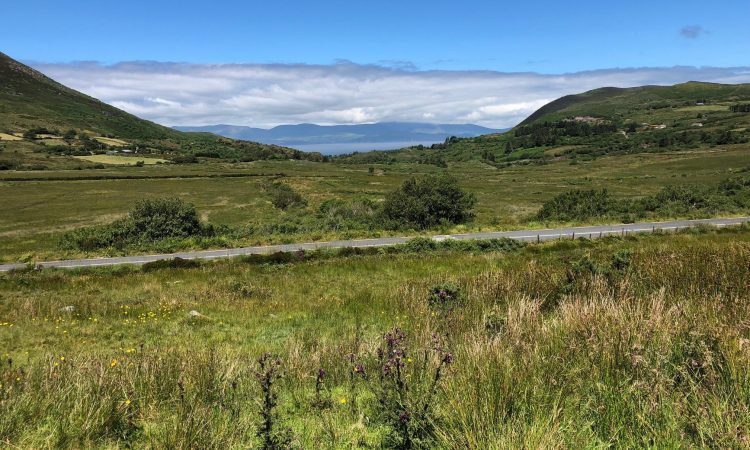 Minister for Climate Action, Communication Networks and Transport Eamon Ryan has announced funding of €4.5 million for 26 greenways to be developed throughout the country.

The funding has been allocated under the Carbon Tax Fund 2020 and “provides support for feasibility, planning and design for greenways around the country”, according to Minister Ryan.

The minister stated that greenway proposals will be funded for a number of areas that have been impacted by the suspension of peat harvesting and are being supported by the Just Transition fund, including counties Longford, Roscommon and Offaly.

Minister Ryan said the funding will support the greenways strategy and “help local authorities prepare greenway projects to be ready for construction funding in the coming years”.

“These greenways will encourage tourism in the future and will also provide a safe, segregated space for people walking and cycling,” Minister Ryan added.

The inclusion of funding for the Sligo, Leitrim and Northern Counties Greenway is particularly important in terms of continued work on a cross-border basis and shows our commitment to ‘New Decade, New Approach’ as set out in the Programme for Government.

Minister for Media, Tourism, Art, Culture and the Gaeltacht Catherine Martin also welcomed the announcement, adding that greenways play “an important role in supporting local communities to create jobs and bring areas tourism that might not otherwise experience it”.

“As we have seen over the course of the lockdown, people are eager to get out into nature,” Minister Martin concluded.

‘Decarbonisation is no longer a buzzword; it’s a reality’

This week, Fianna Fáil TD Barry Cowen pointed to the “devastating impact” of accelerated decarbonisation in the midlands region, highlighting the need for new jobs and investment in the region.

Commenting on the Just Transition Fund, deputy Cowen stressed that the “main criteria associated with such targeted funding should above all else assist those areas that have suffered most job losses”.

He said that rural areas are feeling the “fallout from the loss of Bord na Móna and ESB jobs”, describing these jobs as the “economic lifeline of our locality for 70 years” which thousands of people relied on.

“The transition [from peat production] was to occur over an eight-year period but has happened virtually overnight,” deputy Murphy added.