Countdown is on as ‘Ploughing 2018’ gets officially launched 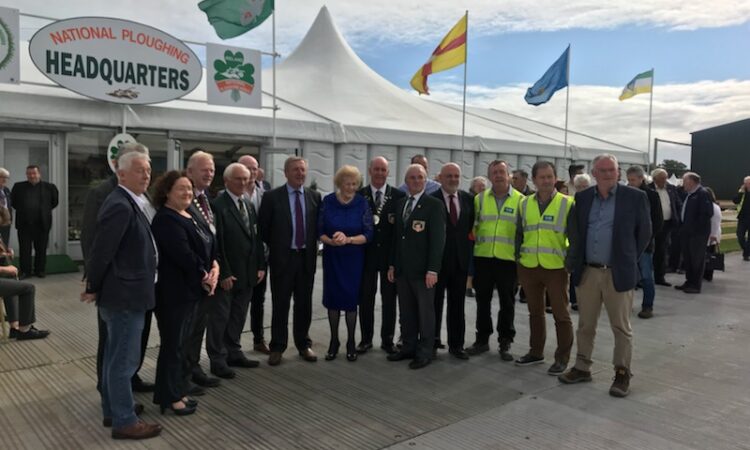 With just under two weeks to go to the staging of Europe’s largest outdoor event, the site in Screggan, Tullamore is really taking shape for this year’s National Ploughing Championships.

Today the national media were treated to an exciting preview of what to expect, as the event was officially launched at the Co. Offaly site.

At this morning’s launch, the media and special guests were entertained by local performers from Co. Offaly, while prize-winning animals, quality machines, horses and hounds were all on display.

Food, fashion and farming were the flare of the day as ploughing enthusiasts, local landowners, public representatives including the Minister for Agriculture Michael Creed, got a flavour of all that “The Ploughing” has to offer.

The Irish ploughing team heroes were honoured as they returned victorious from last weekend’s World Ploughing Contest in Germany.

Carlow man Eamonn Tracey is the new World Ploughing Champion representing Ireland with an “outstanding performance” in the Conventional Class.

Launching the event, National Ploughing Association (NPA) managing director Anna May McHugh said: “The Ploughing Championships not only provides a national stage to showcase all that is great about Ireland, but also internationally.

“As it is fantastic to see the phenomenal global interest in the event with countries such as Australia, France, USA, Denmark, UK, Netherlands, New Zealand, Hungary, Uganda, Czech Republic, Germany, Canada and Belgium attending.

With 291,500 visitors attending last year and over 1,700 stands, the Ploughing Championships is one of the market-leading agriculture trade fairs worldwide.

On the machinery front, organisers have promised that all the top brands will be showcasing the latest makes and models on the market.

Today guests, along with some of Ireland’s top models, took the opportunity to inspect the site and try out some of the tractors/machinery on site.

There will be an array of new exhibitors as well as hundreds of outstanding veteran companies showcasing their products and services in dynamic ways,  organisers have assured.

The latest models in agricultural machinery and cutting-edge technology will be on display in the Innovation Arena.

Other key attractions will include: quality livestock; a motor show; a forestry village; a food trail; an international business pavilion; fashion; and a local enterprise village with every county in Ireland represented.

Etihad Airways, the national airline of the United Arab Emirates, is the new sponsor of the popular Best Dressed ‘Country Style’ ladies competition on Wednesday, September 19. A judging panel will announce the winner with a prize worth €7,000 up for grabs.

An extended trade arena will see the return of the tented retail village with demand necessitating the return of the “Dome” (the biggest arcade ever the NPA claims), with over 100 exhibitors displaying in the one arena plus hundreds more located in specialist pavilions.

The National Ploughing Championships is set to take place from September 18 to 20 in Screggan, Tullamore, Co Offaly. 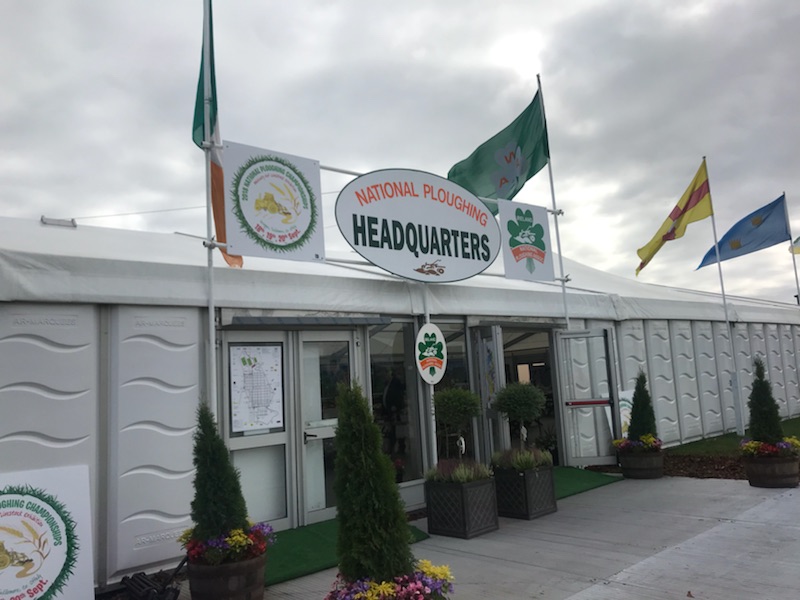 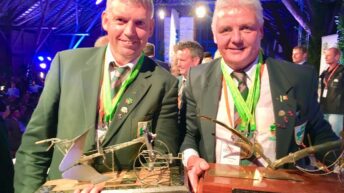