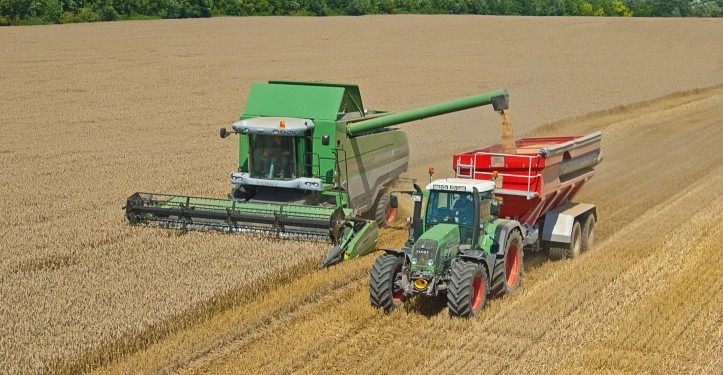 At the recent Teagasc Weather Conference, John Spink outlined some of the measures tillage farmers can adopt to minimise the impact of extreme weather events on tillage production.

According to Teagasc’s head of crops research department, extreme weather impacts production on tillage farms in two broad ways, “by restricting access to the land to carry out operations or by affecting the growth of the crop directly”.

He noted that in period of high rainfall the soils ability to support both machine traffic and soil operations without causing damage is reduced.

“All machinery operations from crop establishment to harvesting can be affected, resulting in yield reduction due to timeliness penalties and soil structure damage.

“Traffic management, including the number and timing of machinery operations, coupled with the reduction of machinery ground pressure, by the use of lower pressure tyres and tracks, can go some way to ameliorate these impacts.”

Spink commented that the choice of cultivation equipment affects the risks associated with crop establishment. He noted plough-based cultivations are generally better able to operate in poorer soil conditions than non-inversion techniques.

“However non-inversion techniques are generally faster and may allow a larger area of crops to be planted earlier in the planting window if conditions permit,” he added.

The risk to both application of inputs and harvesting can be reduced by increasing machine capacity relative to the area being harvested, cited Spink.

He explained: “Irish tillage farms tend to have a greater machinery capacity per unit area than those in drier climates, but this extra capacity brings a cost.

“In the future controlled-traffic farming techniques, where machinery wheel tracks are restricted to limited parts of the field area using RTK GPS, may have a role in limiting soil damage in marginal operating conditions,” he added.

On the impact of extreme weather on crop growth, the physiologist noted: “Crop growth can be directly affected by too much or too little rainfall, unseasonal high or low temperatures or low light levels. And excess rainfall causing waterlogging cause crop death particularly in wetter parts of fields.”

Spink stressed this can only be reduced by improving drainage.

He added: “Growing a mix of crops reduces the risk of poor growing conditions in one particular part of the season resulting in a big reduction in production.

“In contrast to grass grown for grazing or silage, tillage crops go through a defined series of developmental phases and certain phases impact yield more than others depending on the crop.”

In conclusion, he said crops differ in the time of year at which they go through specific phases of development and in the relative impact of different phases on eventual yield.