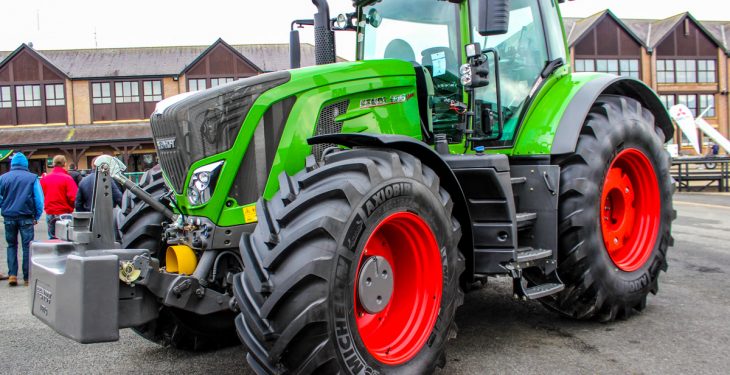 It is believed a regular road-worthiness test for four-wheel-drive tractors, capable of reaching speeds of more than 40kph and that are being used for road haulage, could be introduced in 2018.

Here, we provide further details of the Directive that underpins the proposals. The list of FAQs (Frequently Asked Questions) below, based on information from the RSA (Road Safety Authority), shines additional light on what may or may not be coming down the proverbial road.

However, many other questions remain unanswered at this stage. This is a cause for concern, especially for those farmers and contractors with ‘fast’ tractors (i.e tractors with 50kph-transmissions or faster units) in their yards.

Also Read: ‘Compulsory tractor road-worthiness tests could cost over €1,000 each’

What tractors would be tested?

Many tractors in Ireland, built during the 1990s, 2000s and up to the present day, would typically have a ’40kph transmission’. They would be exempt from the testing proposals.

However, there are increasing numbers of larger, high-horsepower tractors in Ireland with ’50kph transmissions’ – typically in contractors’ fleets or owned by large tillage farmers. Such tractors have started to become more and more common during the past 10-15 years.

The measure is not proposing to apply road-worthiness testing to tractors used exclusively for agricultural purposes (i.e. travelling on the road to get a field, whilst an agricultural implement is attached to the tractor), according to the RSA.

If a ‘fast’ tractor (i.e. capable of more than 40kph) is used for commercial haulage work (even if that work is related to agriculture) – for example where the carriage is for hire and reward or even on an own-account basis – then it would be subject to testing, it added.

However, many farm-related transport operations would be exempt. For example, the RSA has confirmed to Agriland that agricultural contractors cutting and transporting silage from the field to a silage pit would not be considered commercial road haulage.

Member States were required under the Directive to publish by 20 May, 2017 the legal provisions to give effect to the terms of the new Directive. The Directive comes into effect from 20 May, 2018.

The RSA is reviewing what legal changes need to be made to the existing legislation dealing with testing, so that the requirements of the new Directive are brought into effect.

Draft proposals for new ‘transposing’ legislation, to give effect to the Directive, are being prepared for submission to the Department of Transport, Tourism and Sport.

The requirement for testing will apply to ‘fast’ tractors used for commercial road haulage purposes – i.e. hire and reward or own-account road haulage activities – with a maximum design speed exceeding 40kph. Most tractor manufacturers produce a T5-class tractor that is capable of travelling in excess of 40ph.

Determining the frequency of testing of fast tractors is a policy matter for the Department of Transport, Tourism and Sport.

Questions concerning tax class are matters for the Department of Transport, Tourism and Sport. The RSA has no role in relation to the determination of insurance costs.

It is proposed that the testing of fast tractors coming within the scope of the Directive will be accommodated within the existing CVRT (Commercial Vehicle Road-worthiness Test) regime.

No decisions have been made on the costs associated with a test of a ‘fast’ tractor.

In circumstances where any vehicle fails a periodic test, the owner is responsible for ensuring that a vehicle is roadworthy and safe for use on a road.

A person who uses an un-roadworthy vehicle, or who does not have a certificate of roadworthiness (CRW) for a commercial vehicle, commits an offence. Failure to have a current CRW is an offence under the Road Traffic Act 1961.

Conviction for this offence carries five penalty points and a court may impose a fine of up to €3,000 and/or up to three months imprisonment. Enforcement of the rules is a matter for An Garda Siochana.

Refer to answer to question 6 above. The NCT test regime for cars is not designed to accommodate large commercial vehicles.

It is a mandatory requirement that the state implements the requirements of the Directive by the due date, arising as a result of Ireland’s membership of the EU.