Fianna Fáil TD Brendan Smith has made a case for Garda stations to be reinstated in rural areas, as it was “brought home to very clearly during the recent Covid-19 pandemic the value of community policing”.

In the Dáil yesterday, deputy Smith asked the Minister of State Ossian Smith the progress to date that has been made in carrying out refurbishment works at the Garda station in the village of Bawnboy, Co. Cavan, in order to enable it to reopen as announced by the Department of Justice and Equality some time ago.

He added that in November 2017, in a report to the Department of Justice, it was outlined that An Garda Síochána had decided to reopen six Garda stations that had been closed some years previously.

“This is not a massive development; it is a relatively small-scale project,” the TD said.

A meeting of the County Cavan Joint Policing Committee took place last week, where deputy Smith said the “difficulties in policing a long land border with a different jurisdiction” were discussed.

“Bawnboy is a small village in west Co. Cavan with a rural community and it is a long way to the next Garda station,” the deputy continued.

“At the time it was closed, I argued, along with the local community, for it to be reinstated and was very glad when the then Garda Commissioner announced it was one of the stations that would reopen.

“The local community is anxious that the station be reinstated as soon as possible.

“What was brought home to very clearly during the recent Covid-19 pandemic was the value of community policing and the presence of members of An Garda Síochána in our communities.

It is a comfort for communities when they know of the local Garda presence, which a local Garda station facilitates.

Deputy Ossian Smyth said four of the six stations are reopened, with Bawnboy and Leighlinbridge the two that remain. He added that there “has been progress on this, but I appreciate the deputy’s point on the concerns of local people about having community policing in place”.

‘Gardaí can only do so much with the resources’

Earlier this year, Brendan Smith said that “communities are being destroyed and families being left devastated by this epidemic” of crime, particularly drug-related, in regional areas of the country.

“Gardaí can only do so much with the resources made available to them,” the deputy said.

“The force needs to stand at 16,000 Gardaí nationally. Gardaí must be resourced to operate 24-hour around-the-clock surveillance of the gang leaders that are controlling the sale and supply of drugs in our communities.

“They know who they are – they just need the resources to tackle them effectively.” 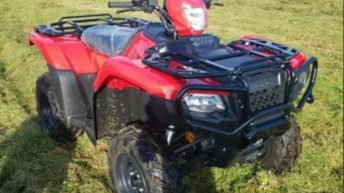