Coccidiosis: The hidden risk on every farm 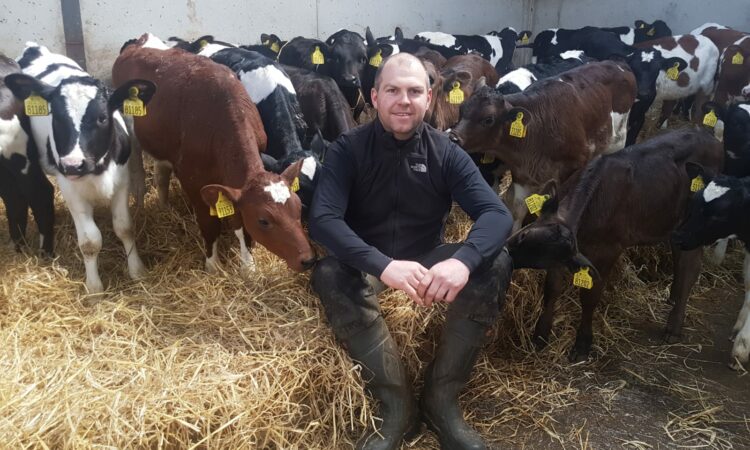 Shane Kinsella along with his wife Siobhan and their three sons milk 84 cows near Piltown in Co. Kilkenny.

The herd operates a spring-calving system and cows are calved in a tight calving block. In 2018, the herd achieved an average of 622kg of milk solids sold from a grazing platform of 65ac.

“We start calving around January 28 and aim to calve 90% by March 17. All replacements are born within the first four weeks,” said Shane.

“With the nature of the spring-calving system, we have a large number of calves here on the farm in a relatively short space of time. Bull calves are sold and we retain the dairy-bred heifers for future replacements.

“These heifer calves are the future of the herd and for this reason we place a huge emphasis on calf health and management practices,” he stated.

Speaking on his first-time experience with coccidiosis, Shane said: “A number of years ago we experienced an issue where a few of the calves had a blood scour; this had not been seen on the farm before but it was diagnosed as coccidiosis.

The calves were very shook and we treated the whole group with Vecoxan; they made a recovery but it was a massive setback.

The aim for Shane is to have all heifers fit for service at 14 months-of-age, so that they can calve down all heifers at around 24 months so they fall into their calving pattern.

“We cannot afford to let calf health be impacted with something like coccidiosis. Poor performance in terms of daily liveweight gains in our heifers will make it very difficult to hit our targets and keep these heifers in the system operated here.

“We have used Vecoxan ever since our first experience with coccidiosis and we haven’t had an issue since.”

Another important consideration in this day and age is compliance with the label instructions, and I know that I have the freedom to use Vecoxan in any weight of calf whether they are housed or outdoors.

“There are also no environmental restrictions on dealing with the dung from treated animals. With a young family, I don’t need the extra burden of dealing with sick calves,” Shane concluded.

To learn more about Vecoxan, talk to your animal health advisor and read our detailed step-by-step guide.