Co-ops paying less than 23c/L of milk are “demonstrably underpaying” their farmer-suppliers, according to the ICMSA’s Gerald Quain.

Against a background where Co-ops are currently setting price for milk supplied in June, Quain, Chairperson of ICMSA’s Dairy Committee, said that based on the ‘no-change’ position in the Ornua Index for June, it is clear that there is no need whatsoever for any reductions in June milk price.

He said some milk processors – including our three largest, Glanbia, Dairygold and Kerry – are paying well below what the market currently justifies and this needs to be addressed.

Quain noted that the gap between the best and worst paying Co-ops is very significant with suppliers of the bottom-paying processors becoming increasingly disillusioned by the attitudes displayed when the scale of the pressures on farmer-suppliers is well known.

Explaining the situation, Quain said that the Ornua PPI index is returning 22.5c/L for June based on a processing cost of 6.5 cents per litre – a cost that ICMSA views as excessive with some processors happy to confirm that their processing costs are well below this level. 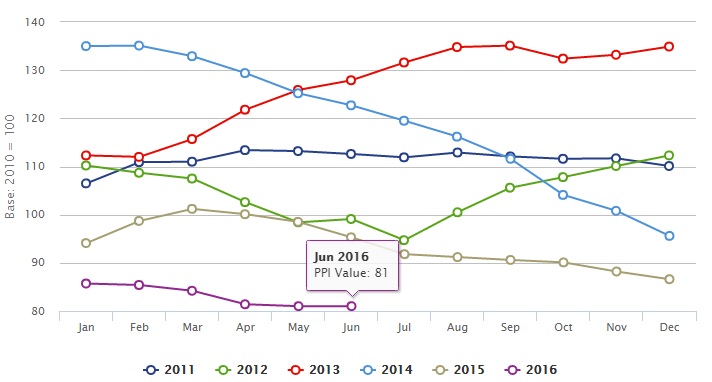 He also noted that with reduced energy costs and increased milk production that the cost of processing each litre in 2016 should be further reduced.

In terms of market outlets, Quain said that the majority of processors have customers aside from Ornua for their dairy products and one can logically assume that the price being paid by these customers was not lower than the PPI level.

On that clear basis, the ICMSA Dairy Chairperson said that any Co-op paying less than 23 cpl at this stage is demonstrably underpaying their farmers based on markets returns.

“It well past the time that their Co-op boards sought explanations from their managements as to why their Co-op cannot return a milk price that is at least equivalent to the Qrnua PPI. With milk price at very low levels, every cent per litre is absolutely essential at this stage and milk suppliers simply cannot afford their milk processors to be lagging behind to such an extent,” he said.