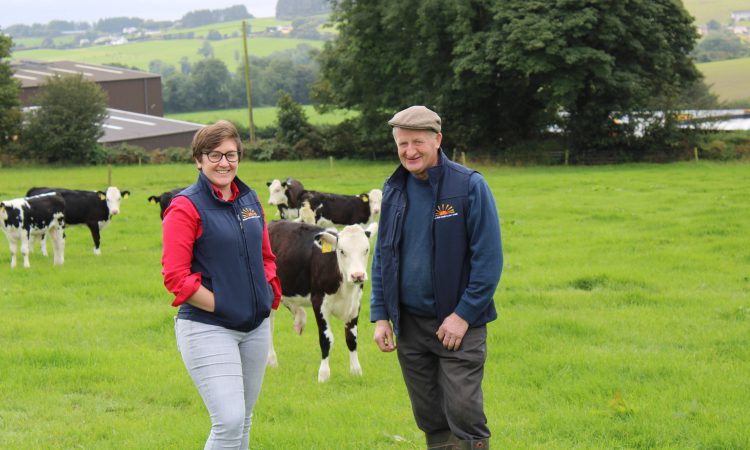 A dairy farmer who rears both heifer replacements and beef calves is weaning a week earlier after feeding a specially formulated milk powder during the transition period.

John Murphy runs a 150-cow Holstein Friesian herd at Donoughmore, Co. Cork, rearing 85% of all calves, including the beef animals which he takes through to finishing.

To minimise his workload and to reduce the risk of disease, he began feeding calves Transformula from day three.

‘Healthiest calves I have’

John feeds the powder through an automatic feeder which he installed in 2015 after investing in a new purpose-built shed.

He says his calves have thrived on Transformula – it means he can transfer them to the machine one week earlier and he is weaning them a week earlier too.

“They are the healthiest calves I have,’’ he commented.

Once calves are weaned they have access to ad-lib meal and straw until they are turned out to graze. 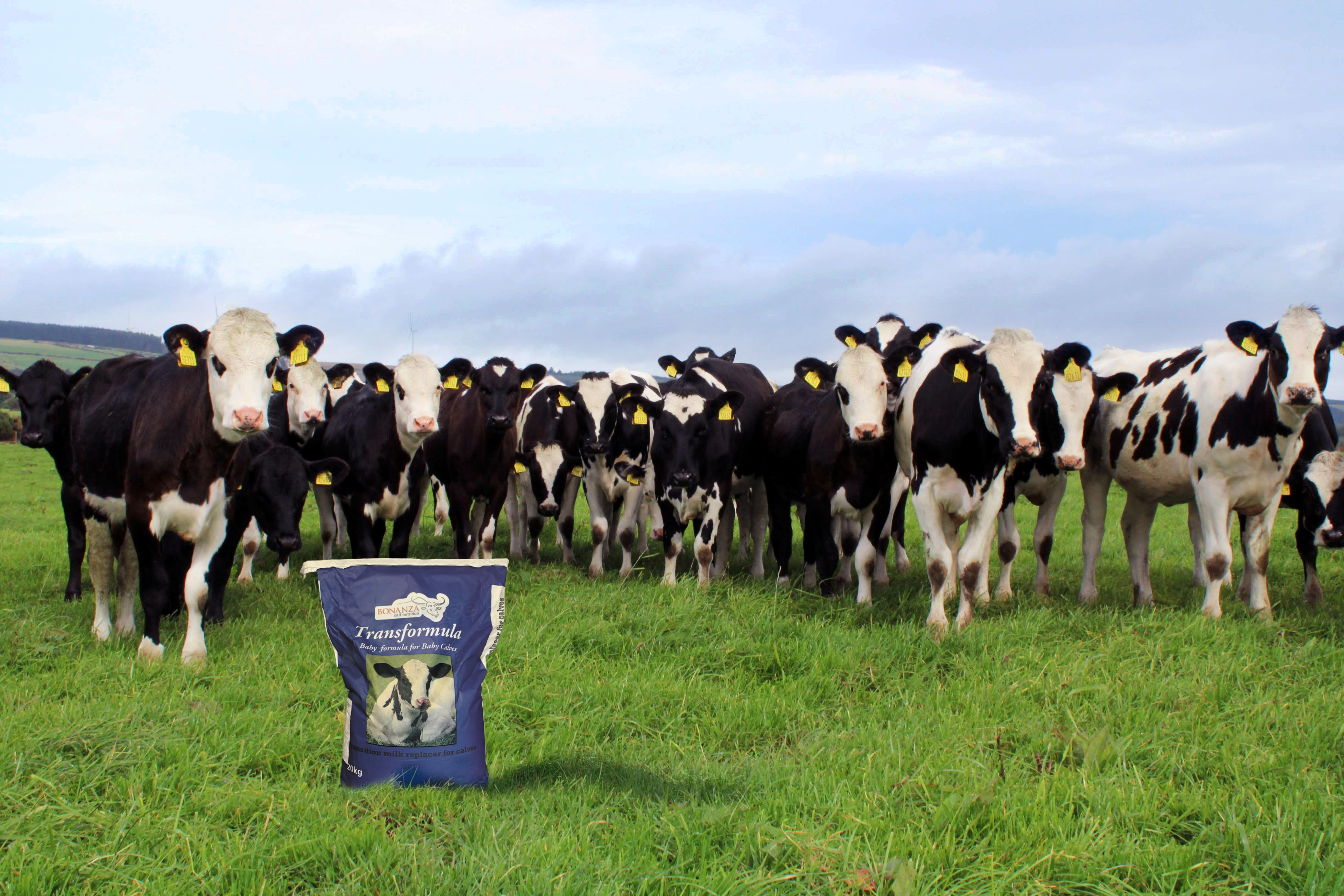 At grass, calves get a daily allowance of 2kg/day until June and graze silage aftermaths once first cut is taken in May.

From June, they consume only grazed grass until they are housed in November when they receive 2kg of supplementary feed until they are turned out in spring.

For their second grazing season, they are fed only grass.

At 18–20 months, beef heifers are finished receiving no meal from the beginning of the second grazing season until approximately five weeks before finishing.

“There is nothing that will beat a good start for the calf,’’ said John. “I am very relieved to have Transformula.’’ 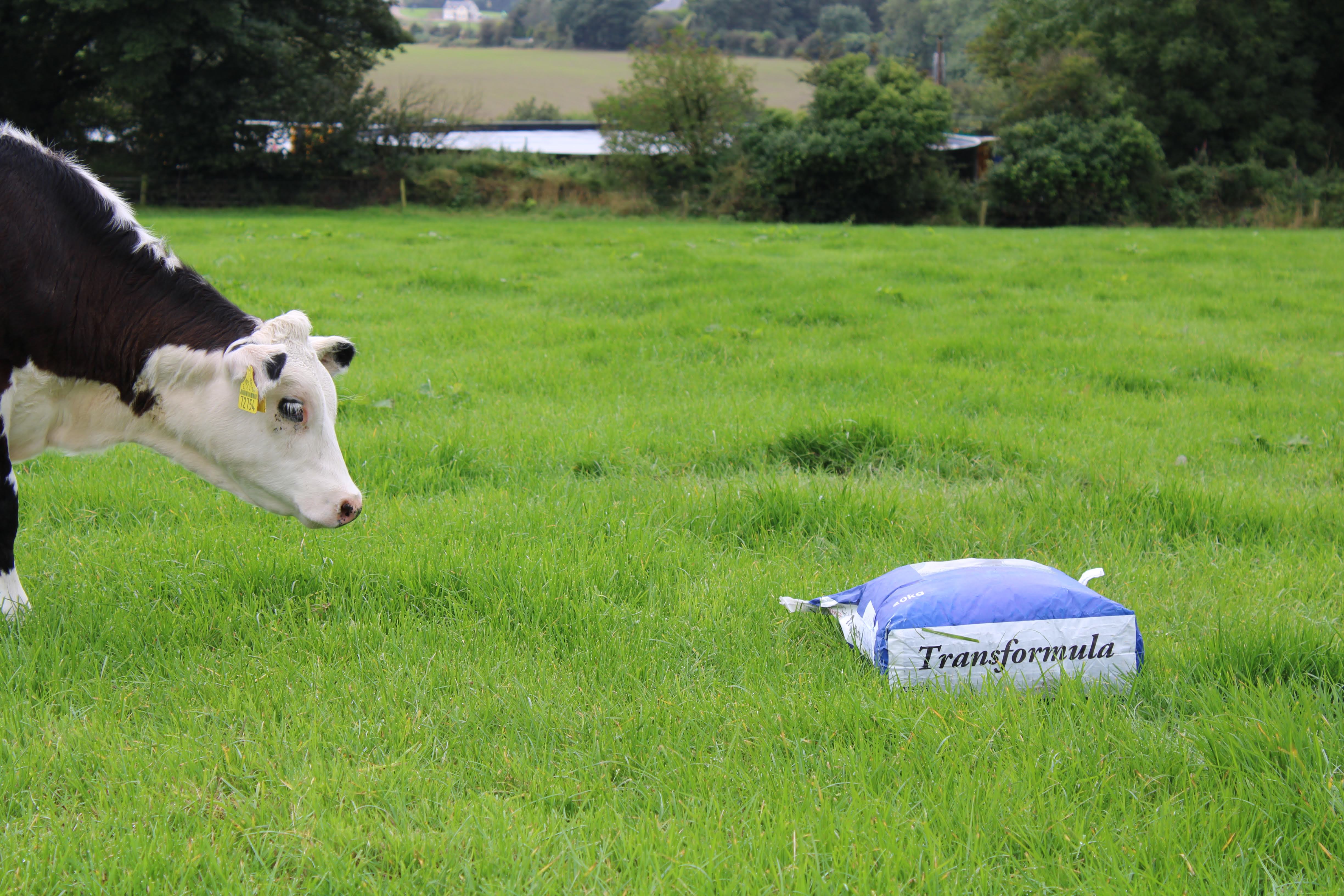 He has also been delighted with the advice he has received from Dr. Christine Cummins, technical manager at Bonanza Calf Nutrition.

She initially stepped in to help in 2016 when calves reared on the feeder didn’t thrive as John had expected.

He turned to Bonanza to supply his milk replacer needs, purchasing from Dan Donovan & Co Ltd, at Berrings and supported by Dr. Cummins.

On the new system, and before John started using Transformula, calves received colostrum followed by transition milk for 10 days before being trained to drink milk replacer from the feeder.

Along with the milk replacer came the advice and support of Dr. Cummins.

On her advice he installed canopies for the calves as the shed was tall and there were no solid barriers between pens.

The visible impact on the calves was almost instant. “Calves are smart; you could see them lying under it on the cold days,” said John.

Dr. Cummins was also able to advise on a complication with the water system – after milking a large draw on the water supply which affected the supply to the feeder and resulted in calves receiving inconsistent concentrations of the milk power feed, leading to some cases of bloat.

“This is a very common issue with machine-fed calves; it is important not to underestimate the draw of water that comes around milking time with so much going on such as machine washing, cooling system and cows drinking,’’ Christine explained.

With these issues resolved and the addition of Transformula, John’s calves are thriving.

“I am very happy with the good service I have received from Bonanza Calf Nutrition and Christine – a good service is worth a lot to me,’’ he said.