Dr. Michael Wallace speaking during a seminar on 'Brexit: Halfway there, implications for agriculture and food' at University College Dublin. Image source: UCD

The high levels of uncertainty that continue to surround Brexit just a year out from the UK’s departure of the European Union is “deeply troubling“, a leading agricultural academic has warned.

Speaking at a UCD seminar – entitled ‘Brexit: Halfway there, implications for agriculture and food’ – Dr. Michael Wallace of Newcastle University warned that the latest analysis suggests that “close to 100%” of UK farms could be worse off as a result of new trade arrangements post-Brexit.

The incoming professor of agriculture and food economics at UCD – who presented key results from a research project he is currently involved in that is modelling the potential impact of Brexit on the UK agri-food industry – expressed concern over the “lack of consensus” within the UK government on the type of relationship the country will have with the EU going forward.

The Minister for Agriculture, Food and the Marine, Michael Creed, also spoke on the impact of Brexit on the Irish agri-food sector at the event.

“We’re at a halfway point in the Brexit negotiations and I think one of the key observations at this point is how much still remains uncertain and how much still needs to be resolved.

I think this is deeply concerning for the UK and the Republic of Ireland.

He stressed that Brexit has diverse and very complex implications for the agri-food sector – not least the trading relationship between the UK and the European Union.

He also pointed out that there doesn’t seem to be “a high degree of consensus” within the UK government in terms of what they want from that relationship – whether they intend to stay close to the single market or have “some sort of clean break”.

He said there are also uncertainties in relation to the future regulatory frameworks and the degree of regulatory alignment between the UK and the EU.

“We recognise that any divergence there is going to cause a problem – particularly on this island for trade.

“From the UK perspective, there is uncertainty on what type of agricultural policy will exist to replace the Common Agricultural Policy (CAP) after the UK leaves the EU – that is, as of yet, not clarified for the industry,” he said.

In that context, the research project – which includes consultation with various stakeholders – is trying to provide analytical evaluation on the situation to identify “policy scenarios” at industry level, trade level, sectoral level and farm level.

In terms of potential trade arrangements, the project analyses that the Free Trade Agreement (FTA) model – is considered “the closest possible” arrangement to the status quo.

Dr. Wallace said this option would present “a comprehensive agreement” between the UK and the EU that would allow trade to continue with zero tariffs.

“We would envisage, in that context, full regulatory alignment between the UK and the EU. That would minimise the border implications on this island and obviously in that case the UK would remain within the customs union.

But, unfortunately, none of this gives us friction-less trade; trade will be worse off than when we were both part of the European Union.

The second trade scenario the project looks at is a Unilateral Free Trade agreement (UFT) – described by Dr. Wallace as “an extreme free trade liberalisation policy” that would be implemented unilaterally by the UK government.

This is something that is favoured by the hard-line Brexiteers; in this, they envisage a scenario where we can eliminate all UK import tariffs and basically have cheap food which would benefit the consumers.

“Obviously it would expose UK agriculture to tremendous competitive forces from low-cost exporters. It is what Boris Johnson calls ‘going global’,” he said.

Finally, the fallback scenario is the implementation of World Trade Organisation (WTO) rules – which would introduce very high tariff rates. 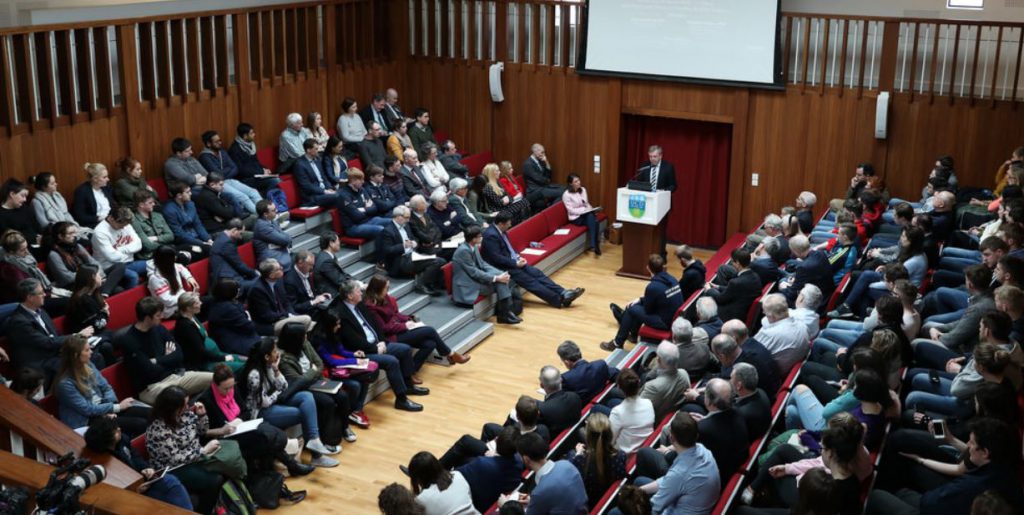 “The implications if you look across these three scenarios is you have one that is quite close to the status quo and probably reflects a lot of the back-stop that was agreed back in December.

“The UFT would result in quite a lot of displacement of existing trade flows – particularly as the UK opens its market to potential trade deals with other countries around the world.

“And then the WTO scenario which I think would be a disaster for both the EU and the UK in terms of its implications for trade,” he said.

Dr. Wallace – who will commence lectures at UCD next September – believes the FTA scenario is probably the “most likely” outcome.

As for the future shape of agricultural policy in the UK, at the moment, the UK government’s Department for Environment, Food and Rural Affairs (DEFRA) is starting a consultation exercise on the policy issue.

There is this idea of a ‘Green Brexit’ which is about giving the environment a greater voice in this time of national renewal. The idea is that farmers would be paid for public goods.

“What we’ve assumed is the Pillar II agri environmental payments would stay at the current levels and then Pillar I direct payments are either maintained as they are now; or they are phased out over a period up to 2025.

“It seems like an extreme scenario; but it’s probably not far from the reality of where the trend wants things to go. They absolutely detest direct payments and they want rid of them as soon as possible.”

At farm level, the research project – which draws on sample data from the UK equivalent of the Irish National Farm Survey for 2,800 commercial farms over a three-year period – examined potential impacts on farm business incomes under each of the three trade scenarios; plus, the loss of direct payments.

“For average farm incomes under a FTA, there will probably be an impact on farm business incomes. Under the WTO scenario, it is a positive; because it is a protectionist arrangement that would raise commodity prices in the UK.

The worst case scenario is the UFT arrangement. Exposing UK agriculture to this type of competitive force would suppress incomes quite substantially.

“The implications, particularly if you consider the removal of direct payments, are greater for the devolved administrations than they are for England.

“This is quiet ironic given Scotland and Northern Ireland voted to remain; yet farmers there could lose substantially, because English farms tend to be better diversified and there is less exposure to the sensitive sheep and beef sectors,” Dr. Wallace said. 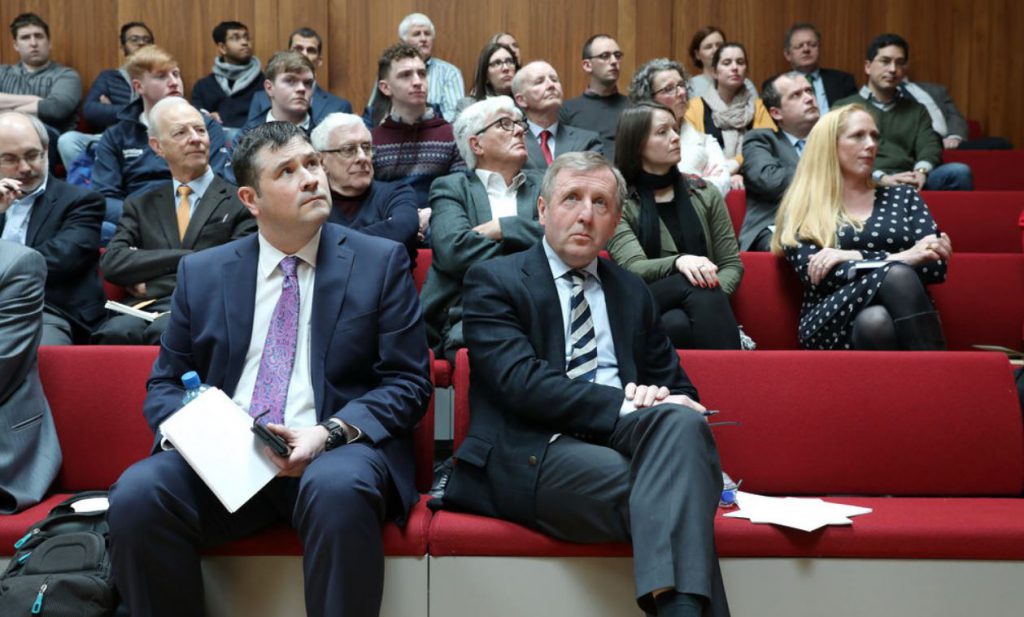 By applying projected input costs and output prices, the research project found that higher earning farms – dairy, pigs and poultry – would gain most from a WTO scenario.

Meanwhile, focusing on Northern Ireland – under the UFT scenario – the research finds that 50% of farms would be worse off. Under a WTO scenario, dairy farmers would experience a boost.

However, without the Pillar I direct payments under CAP, the study projects that close to 85% of farms would lose money.

“The implications of that would be quite horrendous. Obviously these are extreme scenarios and we would expect levels of adjustment and conditioning; but, it shows the direction if such policies are implemented.

So summing up, would UK agriculture thrive or survive post-Brexit? The findings speak for themselves. Very high proportions are going to be worse off. The magnitude of some of the income loss is very, very dramatic.

“Certainly, under the UFT scenario close to 100% would be losing,” he concluded.