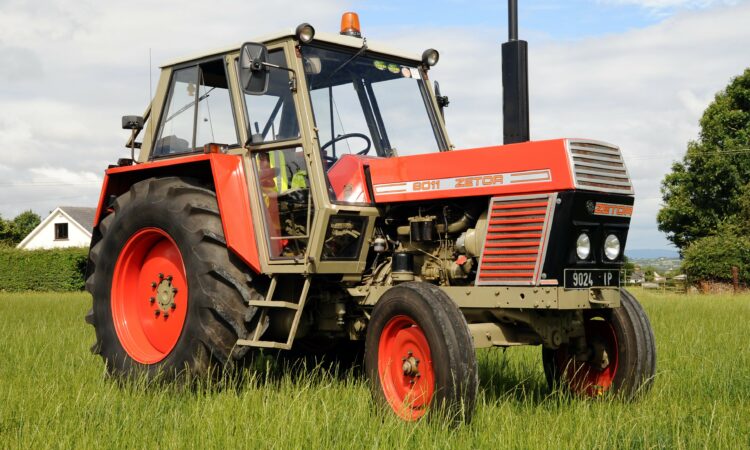 Zetor has a long and proud history of engineering behind it. It was making diesel engines for aircraft before the Second World War; the renowned Bren light machine gun came from its stable too.

After the conflict, it followed a worldwide trend and started making tractors for the peace-time market. Unfortunately, as the ‘Iron Curtain’ descended, it found itself on the ‘other’ side; its engineering prowess gradually took on the essence of eastern European design – where everything was big, chunky and functional. 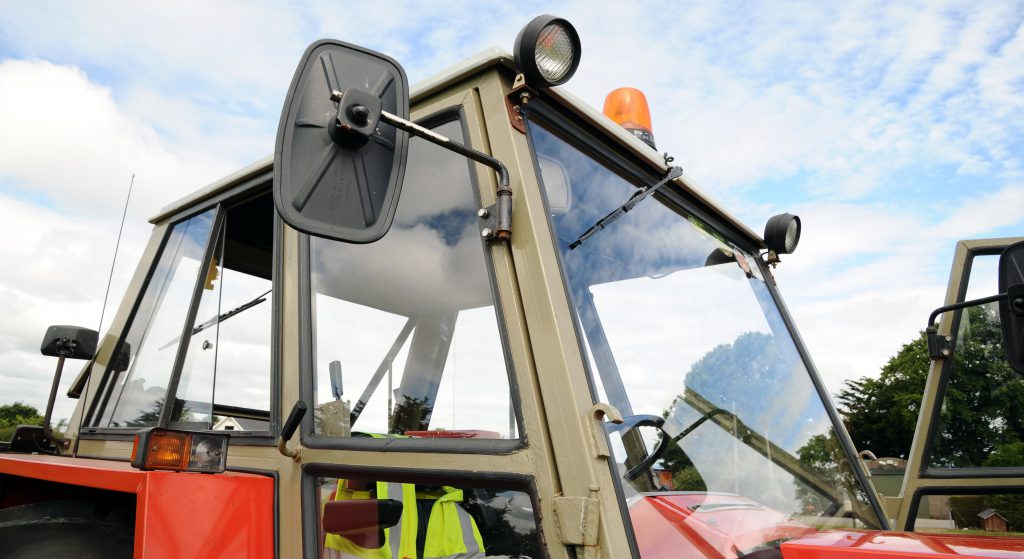 The Crystal was perhaps the epitome of this philosophy. It was angular and unfettered by any apparent attempt at finesse or elegance. Various components were hung prominently on the outside of the block, making it look as if it had all been thrown together by disinterested inmates on a dark night.

It was easy to mock. It was mocked, especially by western tractor companies that might otherwise have good cause to worry.

The first of the Crystals was the 8011 – launched in 1969. It offered 80hp with 4WD as an option (resulting in the 8045 model). It also had a flat-floor safety cab, a two-speed PTO and a torque multiplier (which doubled the number of gear ratios available). 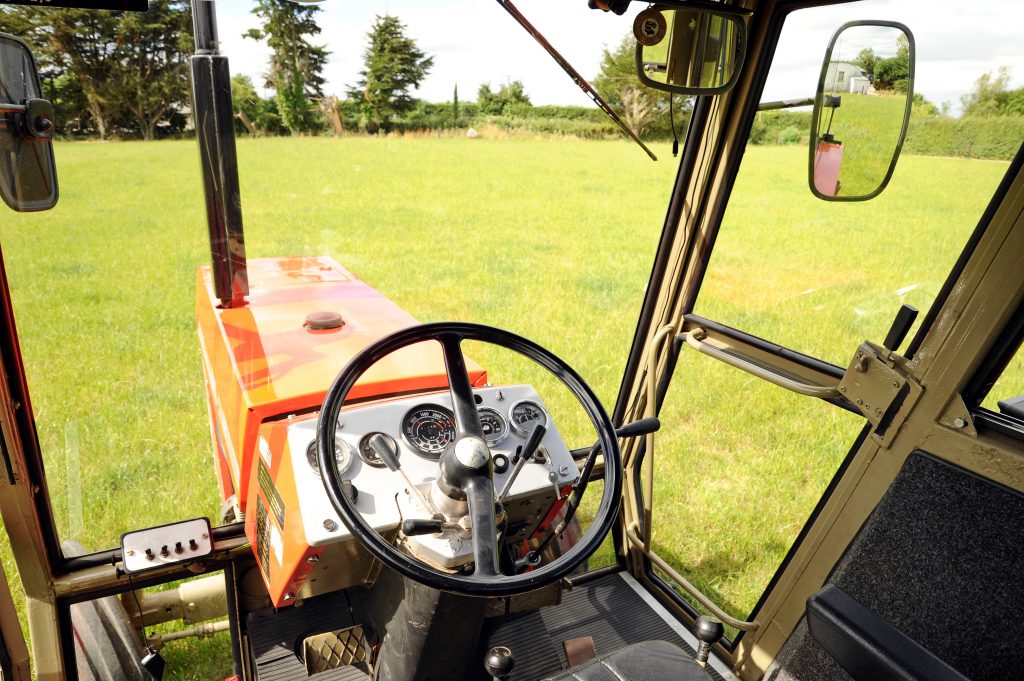 This was actually quite impressive. At the same time, a Duncan cab on a Ford or Massey Ferguson was considered a luxury; 4WD was left to aftermarket suppliers such as County or Roadless.

It was, therefore, a remarkable tractor for its time (in many ways). It was also one that proved popular here in Ireland. While the low price helped sales, it did little for the brand’s image. Yet, there are many contractors who would have been pleased to have one in their fleet. 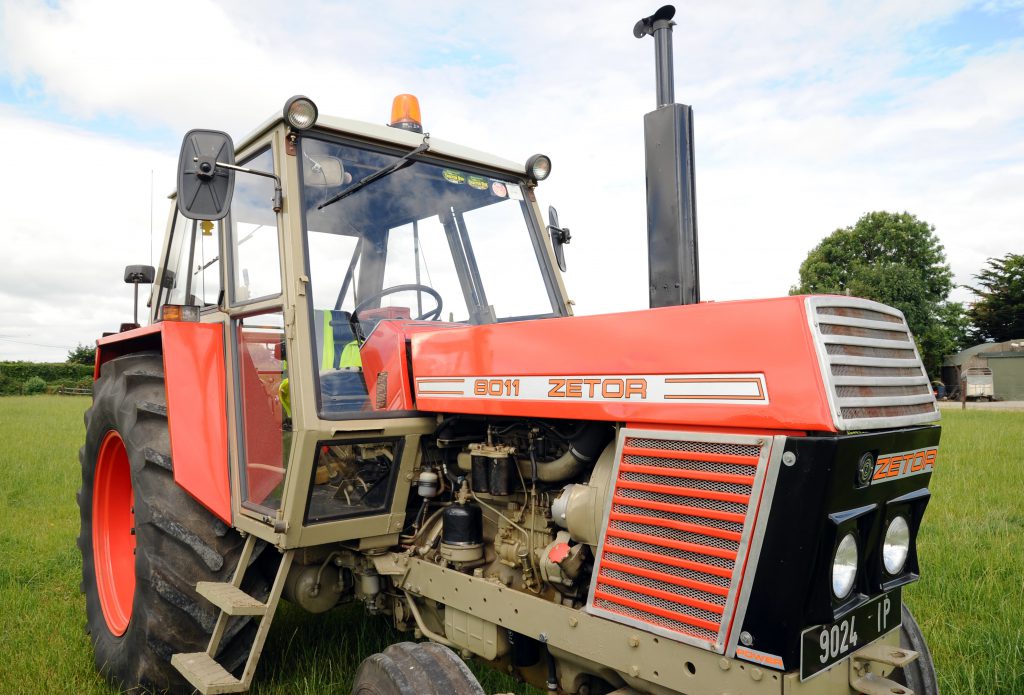 One contractor in Co. Cork not only ran several of these remarkable machines but also employed a rather remarkable driver – by the name of Eamonn Cronin (pictured below). 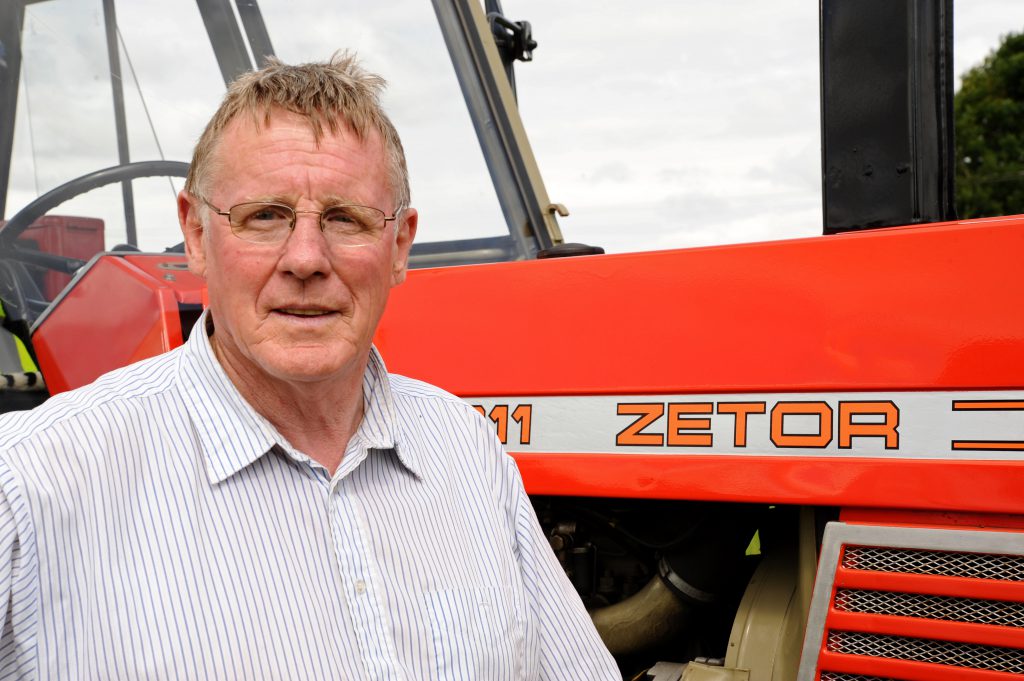 Eamonn had broken his back on the eve of his 21st birthday and spent over five years in hospital as a result. Eventually, he came away with no use of his right leg and only limited movement in his left, but that did not stop him returning to driving – be it tractors, diggers or cars.

“I consider myself lucky to have what I’ve got,” said Eamonn. “I knew others who were totally paralysed from the neck down.”

Determined to push on, Eamonn spent many years driving for the contractor who adapted the controls for his use. His admiration and regard for Zetors grew as he worked with them. 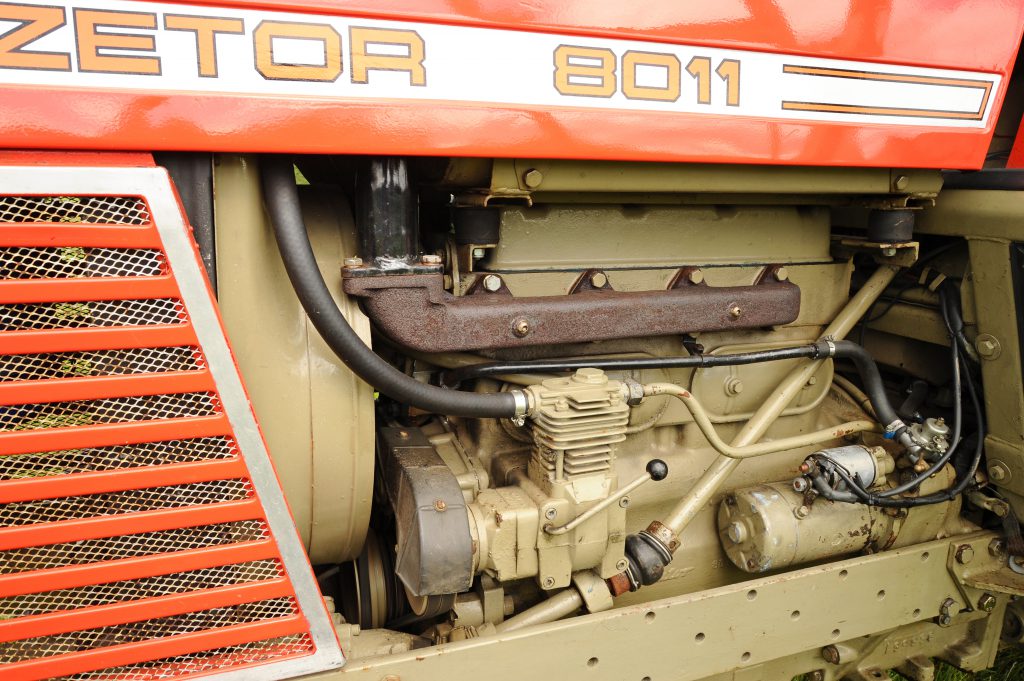 He now has considerable knowledge of how to get the best from the brand.

“Zetor transmission oil was very thin to cope with cold climates,” he explained. “Operators in Ireland used to put standard oil in and wondered why it took so long to tip a trailer!”

He was also impressed by their power and efficiency. “I’d plough all day at full throttle and the 90L tank would last until 9:00pm at night.”

With such fond memories of driving them, it is little surprise that eventually he bought one for restoration. 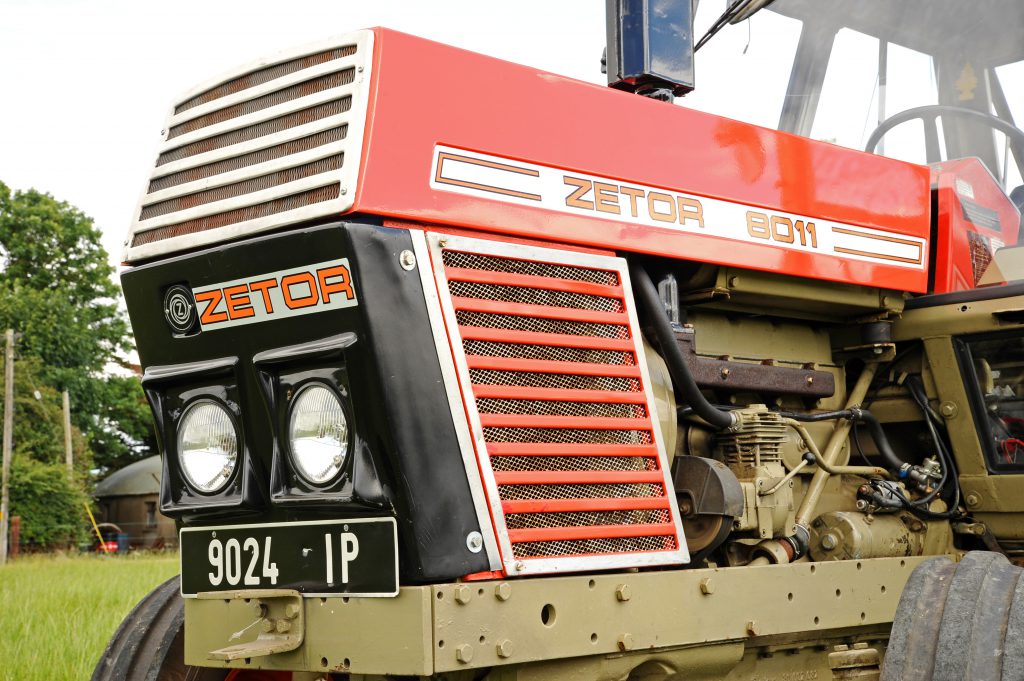 The Crystal he now proudly owns originally came from a farm in Kilkenny; it may even have been used in a quarry since. The previous owner bought it to do up, but after seven years of it sitting in a shed he decided to sell it instead.

The tractor was stripped right down and the transmission was sent away for new seals to be fitted throughout. 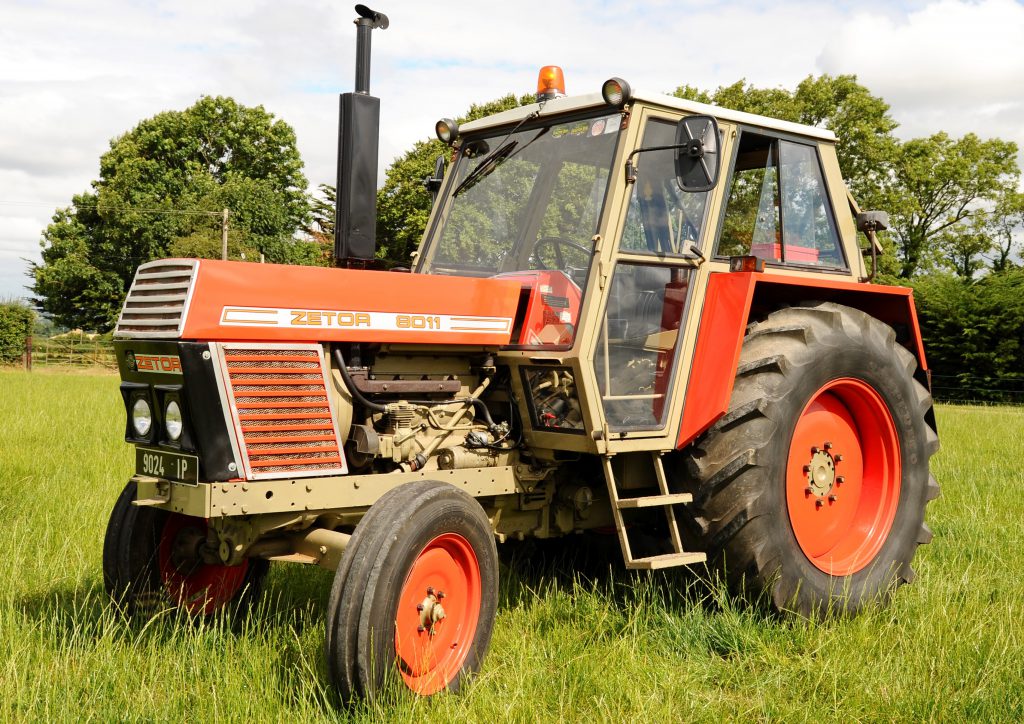 With just 3,700 hours on the clock there seemed no need to touch the engine. Indeed, it sounds like one of the sweetest-running Crystals out there.

The seats were re-upholstered. The lower part of the cab was repaired (including the floor). 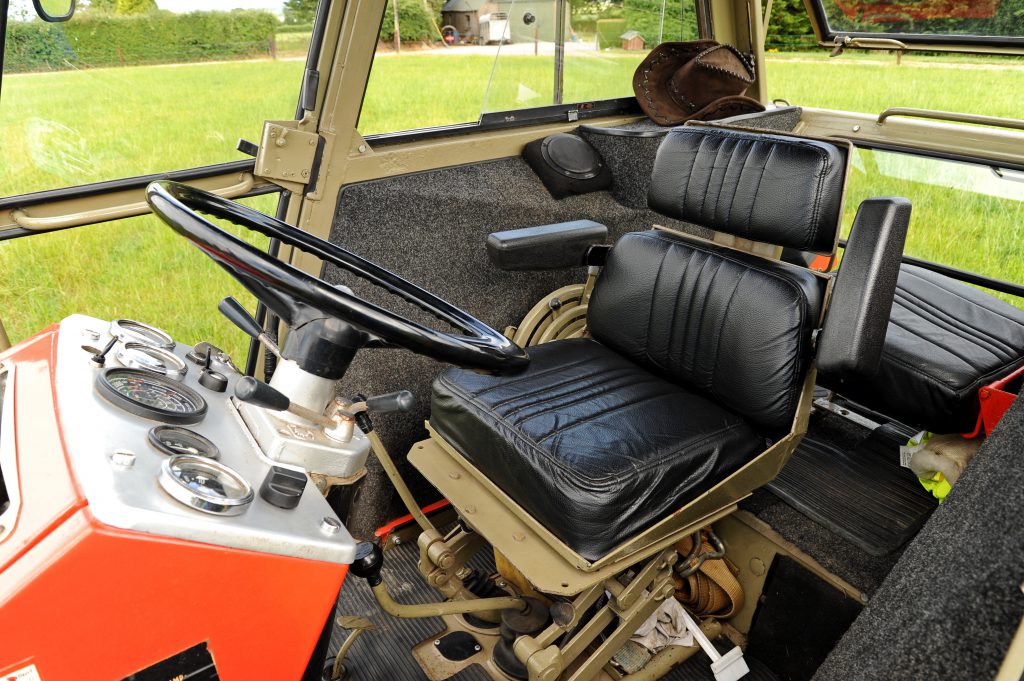 The wiring loom was replaced and everything was repainted as it was when it left the factory.

“I’ll only ever fit genuine Zetor parts,” asserted Eamonn. The reason, he says, is that despite appearances the tractors were very well engineered; all the components were designed to complement each other.

This example bears this out; upon closer inspection it is, in fact, well put together. It all works well. The cab heater control box, for instance, may look a rather crude addition but it still functions well. 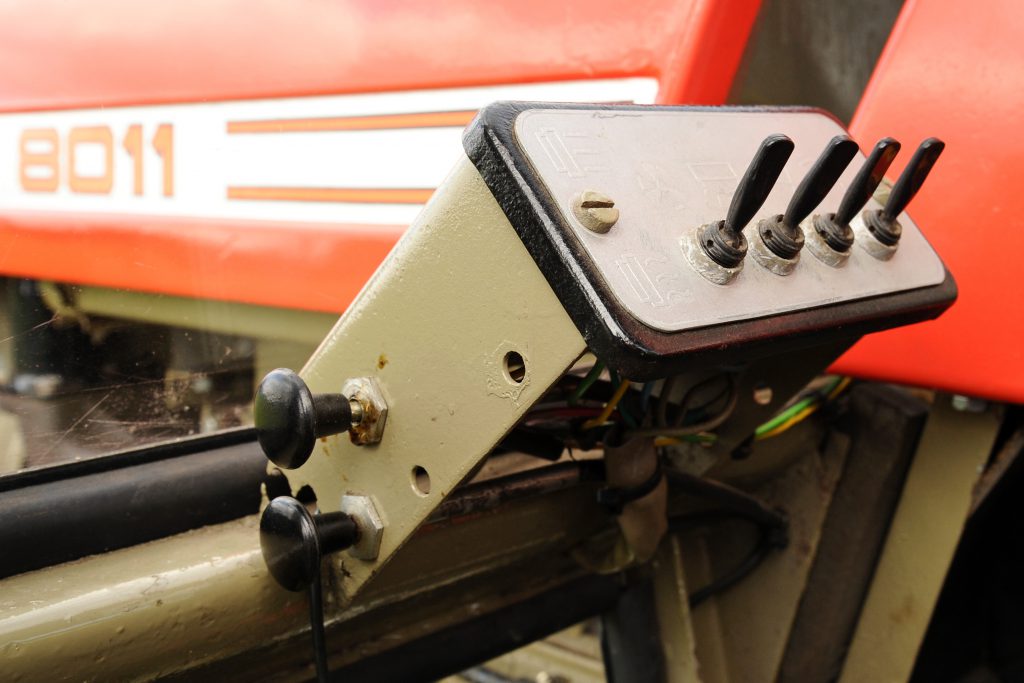 The exhaust pipe is enamelled – not just painted, as other makes are. The list goes on.

It took Eamonn three and a half years to bring this 1978 example back to life. Much of the work was done while sitting in a chair or sat on the ground. Other than a hand-lever to operate the brakes, there is nothing to distinguish it from any other similar Zetor.

This is just what he intended; it’s how he will keep it. 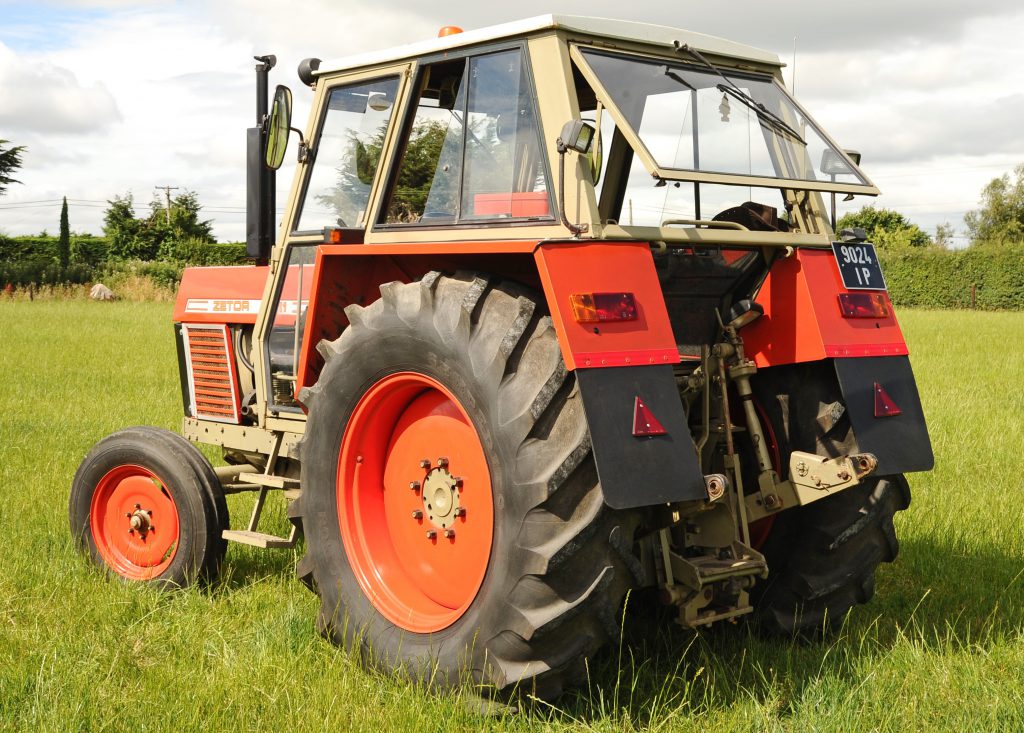 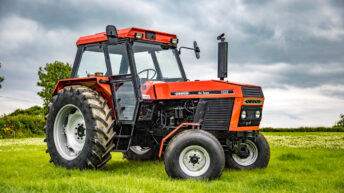