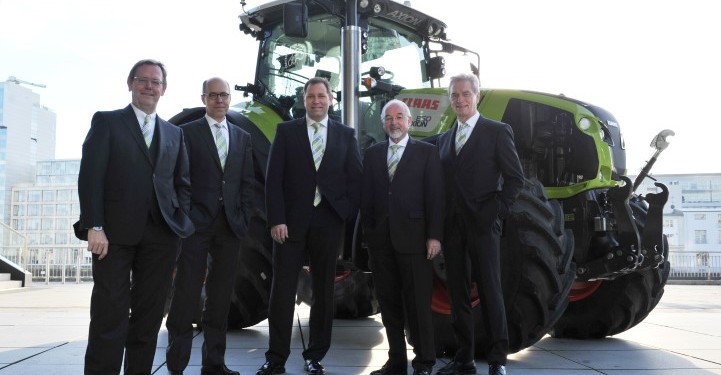 Claas which is celebrating its 100th anniversary this year posted impressive year end results for 2013.

According to the latest figures the family-owned business generated sales of €3,824.6 million, up from €3,434.6 million in the previous year. This equates to a rise of 11.3%, with the in the Agricultural Equipment division seeing a rise in sales of 12.0%.

The company highlight that Gross profit on sales was up almost 7.6% year on year and, at €974.6 million, is closing in on the €1 billion mark. It says the Group’s operating result reached a new record high at €325 million.

Claas have observed a number of trends in individual regions this year. It noted while agricultural market volume in Western Europe was down slightly overall, market volume in the core CLAAS markets of Germany and France rose.

It also found that agricultural markets in Central Europe remained at a high level despite declining slightly last year. Growth rates in the Eastern European agricultural equipment sector were positive.

The agricultural market in the U.S. and Canada stood out on account of sustained growth, as farmers received compensation through crop insurance payouts for crop failures caused by drought conditions. Growth at CLAAS outpaced market growth in many areas, enabling the company to acquire a greater market share

According to the company despite experiencing a slight decline overall, crop prices for agricultural products are currently stabilizing at a relatively high level. It says this will lead to positive income forecasts for their customers. Farmers and contractors will have more resources available to invest in new equipment, although, as in prior years, this trend will take on a different shape in various regions around the world.

Claas anticipate stable to moderately increasing sales for 2014. This forecast is also based on their assessment of growth potential in various product groups, especially tractors. 2014 will also see Claas continue their massive investment in expanding their business and in particular to open up growth markets in Asia. However, it says it will also retain their focus on their core European markets.