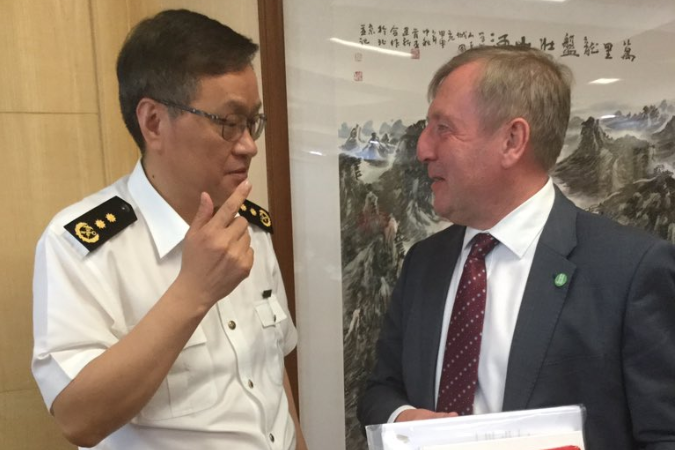 A commitment by Chinese authorities to carry out a plant approval inspection in Ireland in August has been welcomed by Meat Industry Ireland (MII).

However, MII’s senior director, Cormac Healy, said that it would have been “preferable” if the Asian country had granted pre-registration and approval “immediately”.

Michael Creed, the minister for Agriculture, Food and the Marine, confirmed the plans for an inspection on his Twitter account.

“At today’s meeting with vice-minister Zhang Jiwen of China’s customs [administration], it was agreed that an inspection visit will take place in August for beef plants awaiting approval, as well as sheepmeat plants seeking approval for export to China,” the minister explained.

Beef & Sheepmeat Progress in China! At today’s meeting with Vice Minister Zhang Jiwen of China’s Customs Admin, it was agreed that an inspection visit will take place in August for beef plants awaiting approval as well as Sheepmeat plants seeking approval for export to China! pic.twitter.com/n3MWdCFKcq

In a statement, Healy said: “We acknowledge the efforts of the minister and department officials on China access, and stress that meat processing companies have invested significant time and resources to achieve greater access for Irish meat to China.”

Healy argued, though, that: “The delay in getting additional processing plants approved limits the ability of the sector to grow exports of Irish beef to China, and also to take advantage of current meat protein shortages in that market.”

“The news that the August inspection mission will also cover inspections of our sheepmeat controls regime and processing plants is very welcome,” the MII director added.

MII is keen to see progress on Irish sheepmeat access to the Chinese market so that the sector here can benefit, just like key competitors in New Zealand and Australia already do.”

Minister Creed is currently on a trade mission in China, along with representatives of the Irish agri-food industry.

He said that the decision by the Chinese authorities “represents real progress”.