Caterpillar fined for diesel spill which saw 40,000L end up in the Irish Sea

Caterpillar (NI) has been fined after a spill at its Co. Antrim factory saw more than 40,000L of diesel make its way into the Irish Sea.

The company pleaded guilty at Antrim Crown Court today and was fined £7,500.

The court heard how on Saturday, June 11, 2016, the Northern Ireland Environment Agency (NIEA) received a report from a member of the public that a significant fuel spill had occurred in the vicinity of Larne Harbour.

NIEA immediately sent a water quality inspector to the area to carry out an investigation. As the investigation was ongoing, staff from Caterpillar (NI) reported, through the NIEA Water Pollution Hotline, that a diesel spill had occurred overnight at their factory on the Old Glenarm Road, Larne.

Caterpillar (NI) staff said they first discovered the diesel spillage at 7:00am on June 11 but initially believed it had been contained within the site.

The company reported the incident to NIEA once they became aware that some diesel had been discharged to the Irish Sea.

The spillage occurred on Friday, June 10, late in the afternoon when a system failure caused diesel to overflow from storage tanks to the factory floor. The diesel then entered into the factory’s storm drainage system before discharging to the Irish Sea.

NIEA’s investigation concluded that more than 40,000L of diesel had been discharged to the Irish Sea, impacting a significant area beyond the point of discharge. Its visible impact was noted some 3km eastward from Larne in Brown’s Bay and 9km north towards Southtown.

Caterpillar (NI) also conducted its own internal investigation into the reasons for the failure of its fuel storage and delivery systems.

The judge heard that the company had put in place a number of additional ‘fail safes’ in respect of the operation of its fuel systems in order to minimise the risk of a similar incident occurring in the future. 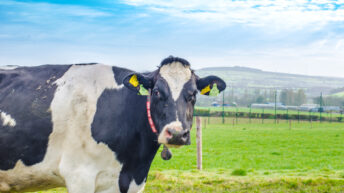