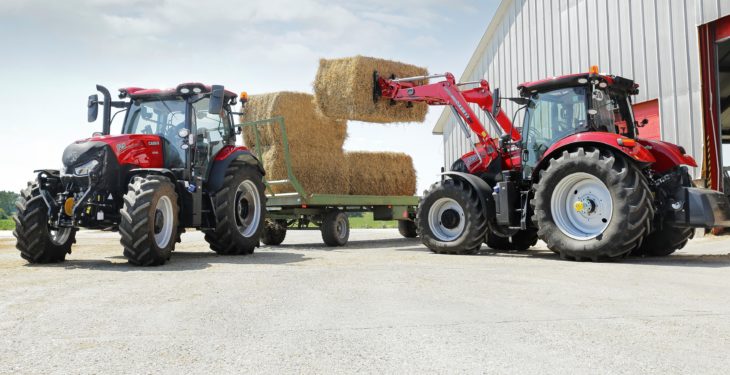 On July 25, AgriLand revealed that New Holland is set to launch a new dual-clutch, eight-step semi powershift transmission for its T6 Series tractors. Now, its sister brand – Case IH – is about to do the same, for its Maxxum tractor range.

Like the New Holland version – namely Dynamic Command – the Case IH offering (dubbed ActiveDrive 8) also offers eight powershift steps in each of three ranges. It provides a total of 24 speeds in both forward and reverse.

Range two, the main working range, covers nearly 90% of all field, grassland and loader application requirements, according to Case IH. It runs from 1.6 to 18.1kph.

For road travel, the transmission is designed to start in range three; a skip-shift function allows “quick progress” through the powershift speeds. An auto-shift feature means the tractor can be set to progress automatically through any set of eight speeds in the field, and through all 16 gears in the top two ranges on the road.

A pedal kick-down function can be used to override the transmission automation and cause it to downshift.

The clutch pedal is not required. This means, according to Case IH, that this transmission is suited to “power-hungry tasks where momentum is important”, such as cultivation work or mowing with twin or triple mowers.

A “true” power-shuttle ensures “no loss of drive or traction during changes of direction on slopes”. “True”, in this instance, is presumably a reference to a power-shuttle that employs clutch-packs, rather than a robotised (synchromesh) shifting mechanism.

A ‘brake to clutch’ feature is intended to improve ease of stopping at road junctions or when stacking bales with a loader. Both shifting and shuttling can be modulated for a faster or slower response, depending on the task in hand. 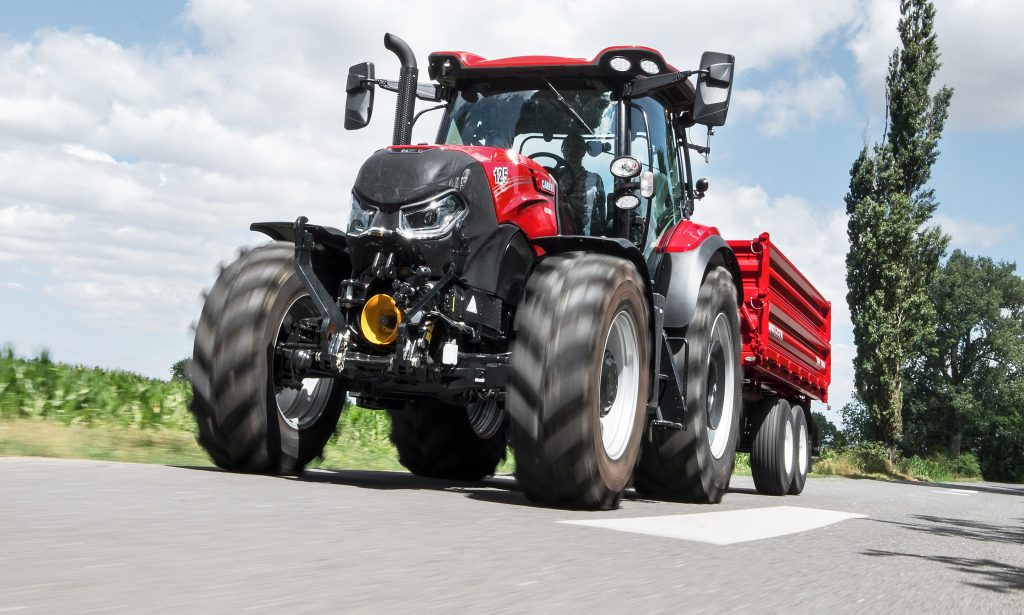 In line with the launch of ActiveDrive 8, the existing four-speed semi-powershift fitted to standard Maxxum models has been renamed ActiveDrive 4. With 16 forward and 16 reverse speeds, it offers a top travel speed of 40kph.

Case IH’s CVXDrive transmission is the third option available on the Maxxum range; it can be specified on models from 116 to 145hp – offering stepless travel up to 50kph. It can be programmed to work at a set forward speed or a constant engine speed.

ActiveDrive 8, along with its New Holland counterpart (Dynamic Command), is a ‘Dual Clutch’ type transmission. The four odd-numbered gears and one clutch are located on one shaft; the four even gears and another clutch are on a second shaft.

Power is then modulated between the two clutches; as an odd gear is disengaged with one clutch, the second clutch is engaging the even gear ratio.

This double-clutch technology is conceptually similar to that employed in John Deere’s DirectDrive transmission. It, too, has odd-numbered gears and one clutch on one shaft; the even-numbered gears and the second clutch are on a second shaft.