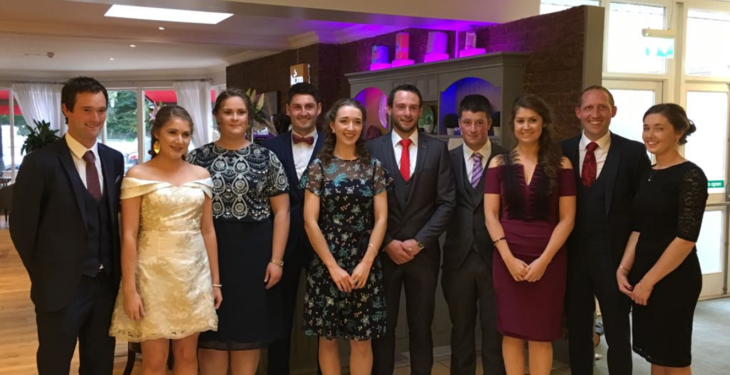 With Irish farmers facing challenges as a result of Brexit and CAP, IFA President Joe Healy on Saturday night, August 26, expressed the hope that members of the dynamic Callan Macra na Feirme club would move on in the future to be part of IFA.

The President of the IFA and former Macra president was special guest at Callan Macra’s 70th anniversary banquet in the Springhill Court Hotel, Kilkenny. Over 200 past and present members of Callan Macra, and friends from surrounding clubs, gathered for the occasion.

Healy commended the club’s 90-strong membership, and its involvement in a range of activities from debating to sporting, and competitions. He urged members to continue the club’s proud tradition and wished them many more years of togetherness, success and community spirit.

National Macra na Feirme President James Healy was also present on the night. He said the 70th anniversary was a huge occasion, and was testament to the involvement of all associated with Callan Macra over the years. It was also evidence of how deeply rooted the club is in the community, he said.

The Macra president praised the Callan club’s strong competitive spirit. It is one of the few clubs in the country to have its own hall, he remarked.

It was a night for reminiscing, as a picture board jogged many a memory. A PowerPoint presentation was shown throughout the meal, with images from Callan’s earliest years. Club PRO books highlighted the club’s activities in recent years.

Callan PP, Fr. Willie Dalton, remembered club members who have passed away, especially those who died before their time. A candle was lit on the night in memory of those members.

Kevin Croke, club chairman, recalled the club’s recent successes, and updated the attendance on the progress of the hall renovations. He also cut a celebratory cake in honour of the big occasion.

After the meal, the draw for the hugely successful Callan Macra raffle was made, with some of the delighted winners present. All funds raised will be used for the hall renovation, with some work already started.

The White Diamonds provided the entertainment, keeping the attendance on the dance floor until the early hours.

Vice-chairperson Josephine O’Neill expressed thanks to all members, both past and present, who made the night so memorable.

“Thanks also to both Joe Healy and James Healy for kindly attending the event and paying great compliments to the club. We are also grateful to all businesses and individuals who supported the raffle, sponsored an advertisement in our booklet and all who turned out on the night,” said O’Neill. 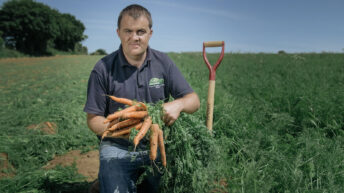