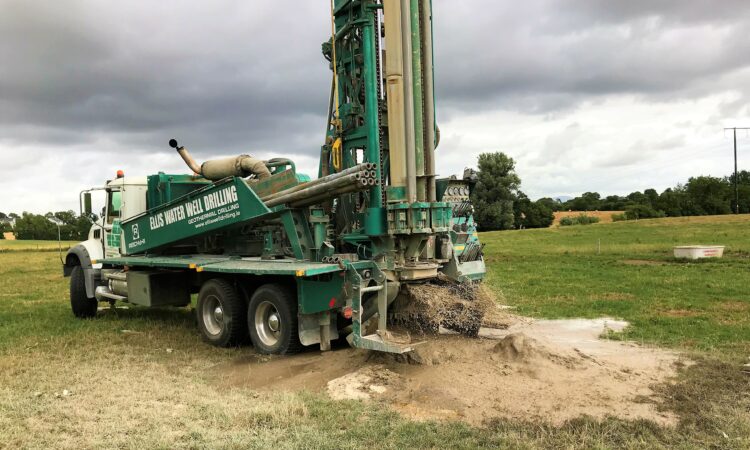 The Ellis family has been in the business of well drilling for over 50 years. Hailing from Co. Carlow, Harry and his wife Colette, along with their son John, are actively involved in the company today.

Their son Brendan also works in the drilling industry, while their daughter Janet lends a helping hand whenever she can.

Originally set up by Harry’s father Jack, the company is widely recognised in the well-drilling industry here in Ireland.

Overtime, Harry – who is based on the rig alongside John – built up a good reputation with his knowledge, skills and services; Colette is based in the office full-time and takes care of all enquiries, quotations, bookings and paperwork.

While the Ellis family has always been busy, they could never have expected what the summer of 2018 would bring on the company. The drought which currently has Ireland in its grasp has played havoc with water systems on farms across the country.

“It has just been mental and there is no other word to describe it. We would always have been busy, but this is an exception,” Colette explained.

AgriLand caught up with the Ellis well-drilling team – while they were drilling a well on a dairy farm in Co. Carlow – to get an insight into how business has been and to see first-hand how the process is carried out. 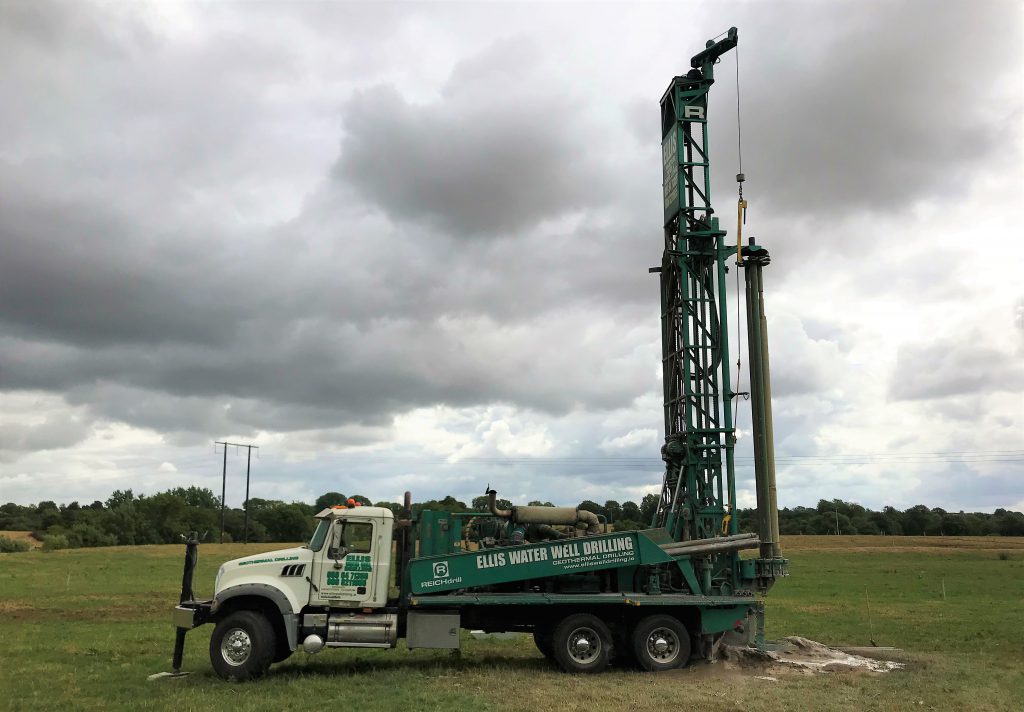 What farms have been worst effected?

While the drought has slowed grass growth and left farmers ‘eating’ their way through next winter’s fodder supplies, it has also left both suckler and dairy farms short of water.

“Beef and dairy farms have been worst effected. However, dairy farms are a huge problem area. This is to be expected as they are using so much water washing down yards and parlours,” Colette explained.

“A lot of dairy farmers would have increased in size. Since the quotas went, we have noticed a lot of farmers getting out of tillage and getting into cows.

“We also have established dairy farmers increasing stocking rates and extending milking parlours. With this, the demand for water obviously increases,” she explained.

Colette outlined that the drought has left demand outweighing supply. She also explained that a lot of older wells are not deep enough and these well owners are now experiencing problems.

“A lot of the country would also be depending on gravity and – with the weather conditions – a lot of these are struggling left, right and centre,” she added. 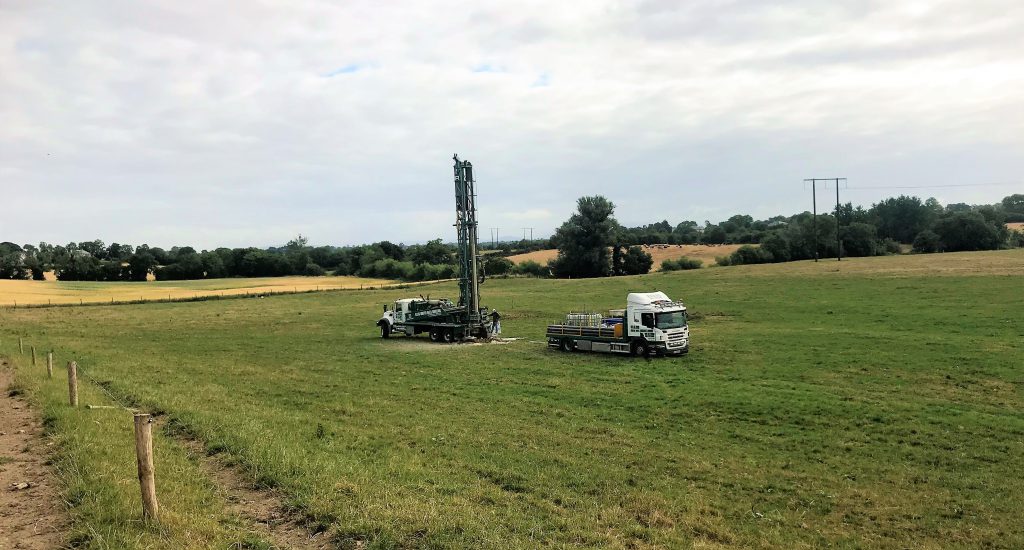 What size well do beef and dairy farms need?

Ellis Well Drilling can cater for all customer needs – whether it be large-scale dairy farms to low-stocked suckler and sheep farms.

A well with a bore hole of 6in, 8in, 10in or 12in can be installed. However, the latter (10in and 12in) are more suited to large-scale commercial premises that have a large requirement for water.

“For a dairy farm, we would advise a bigger size bore (8in) as opposed to a domestic bore (6in). When you go into bigger numbers of animals, we would recommend an 8in bore.

However, a 6in bore is standard. A smaller farmer – possibly a beef farmer – would be OK with a smaller bore (6in). Most dairy farmers would go for an 8in and a lot would request that.

“If a beef farmer had a herd of 120 cattle, he/she could be looking at the 8in bore. The beef farmer with the smaller herd could operate with a 6in bore; this would be the cheaper option.”

Colette also highlighted that there is a grant available – through local authorities – if there is a dwelling, older than seven years, on the holding. However, the well should only supply the dwelling. The grant amounts to a reimbursement of €2,000.

How deep do you have to bore to?

Every job is different and the depth of the drill depends on the location. Harry – who has been drilling all his life – has a wealth of experience under his belt.

“The average depth would range from 150ft to 200ft, but it depends on each individual job; wells can go over and under this. The deepest well that we have probably drilled is approximately 750ft, but it would be very rare to go to that depth,” Colette explained. 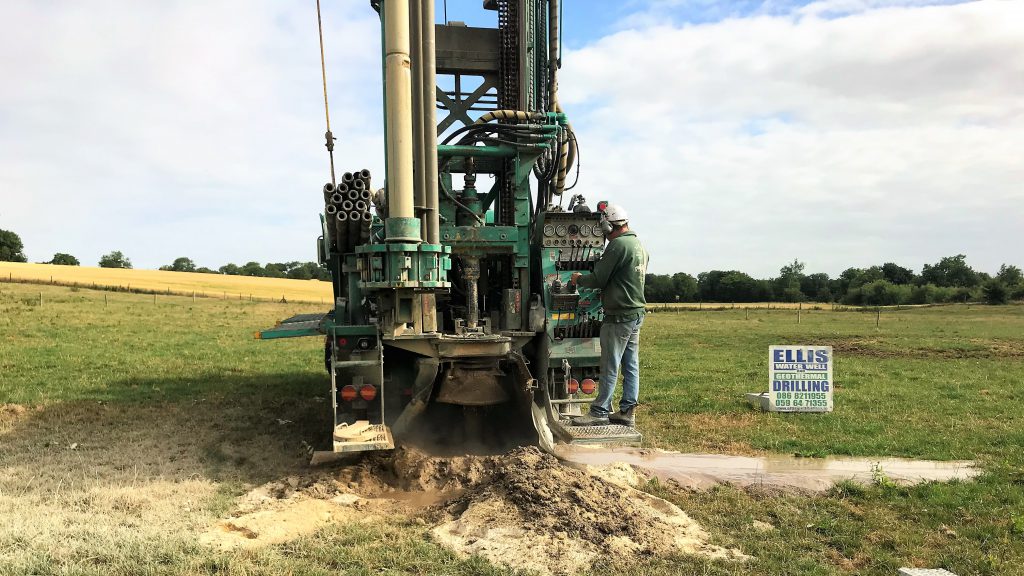 “Some people think the deeper you go, the more water you have; this is not the case. Sometimes you can go very deep and still not reach water; you might have to go 300-400ft to reach it.”

The father-and-son team carry out the drilling operation. The initial set-up time is short and drilling can commence within 30 minutes of arriving on-site.

After a spring has been located, the operator lowers a drill head to make space for steel piping; this is done until rock has been reached. The steel piping is inserted a number of feet into the rock.

Then, the drill head (6in or 8in) is coupled to 20ft rods or ‘stems’ and drilling commences inside the steel piping. The drill rotates clockwise and is helped by a hammer action.

The 20ft stems are loaded in place via a ‘pulley crane’. From there, they are moved (hydraulically) into position. A hydraulic clamp holds the lowered stem in place, while the new stem is attached. The pressure of the water removes any debris from around the drill head.

This process is repeated until the desired depth has been reached. A chlorine solution is pumped through the well to remove any impurities.

From here, plastic pipes – with slits – are lowered via a rope through the steel piping; the slits allow water to enter. The ‘top-line’ is closed over and is left ready for the pump and piping to be installed. 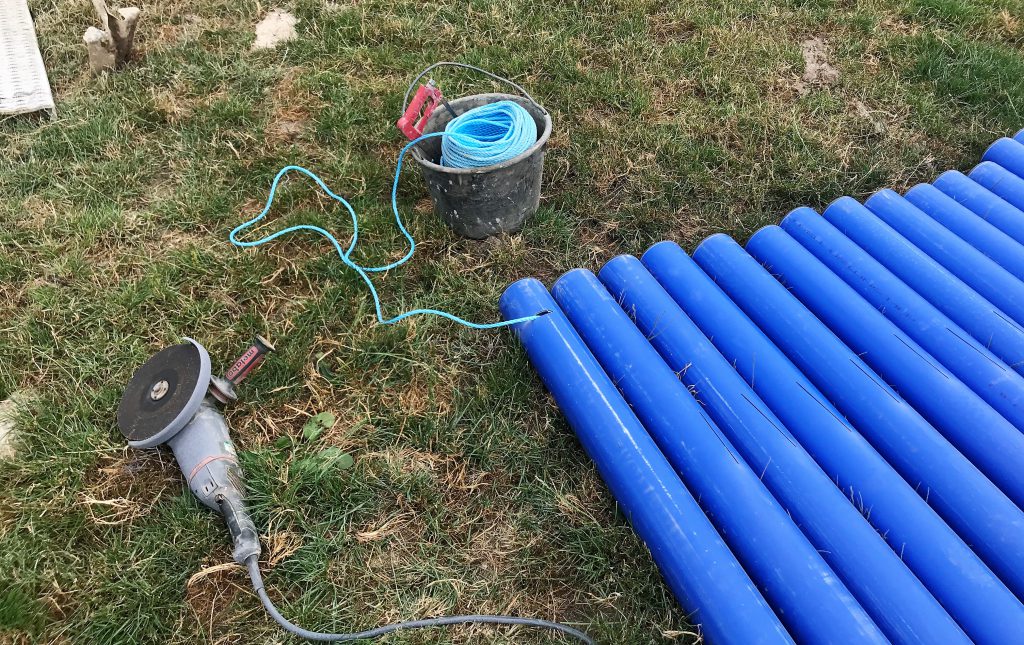 The rig itself is carried on an American-style truck. On this, Colette said: “A lot of the drilling rigs are imported; they are not made in Ireland.

“Our previous truck was purchased from another well-drilling team in Ireland. After this had ran its course, we bought this one from a supplier in US in 2008; all spare parts are sourced over there,” she added.

Another truck is used to carry piping, water tanks, welders and any tools which the team may need on-site. 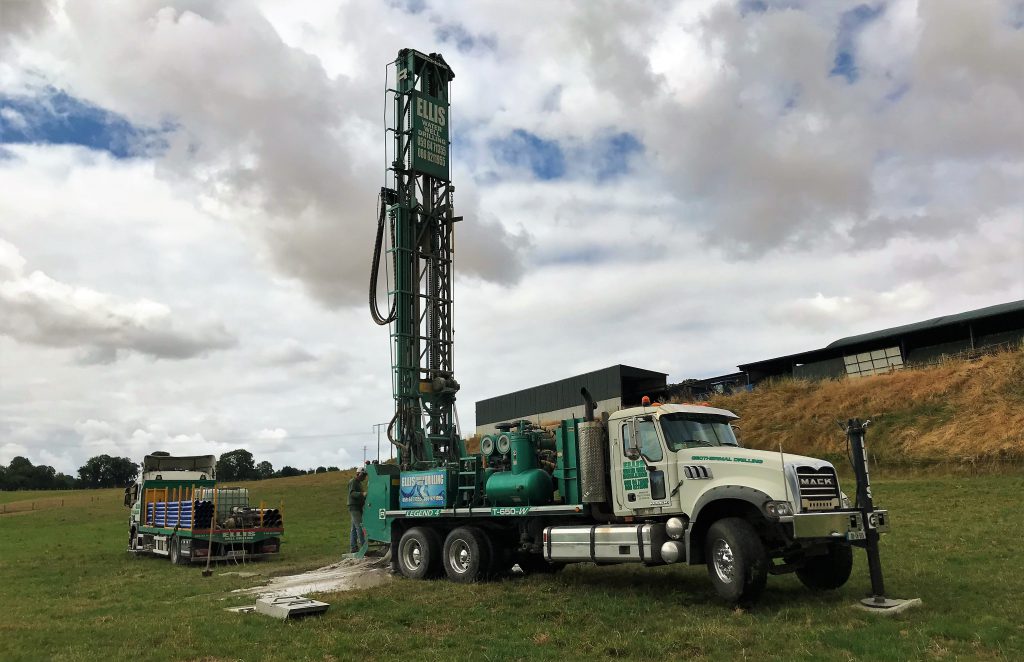 Ellis well-drilling charges on a per foot drilled basis. Colette outlined that a customer – in a neighboring county – could expect to pay somewhere in the region of €2,000 (including VAT) for a 6in bore at a depth of 200ft.

If the team has to travel further a field – for example, Dublin – the customer is looking at an extra €1 per foot drilled.

“Normally, what we would say to a customer is – based on the average depth (150-200ft) and a 6in bore – set aside approximately €5,000 for the entire job. This will include the pump installer fees, pressure vessel and all products needed to get the well in working order.

Can I upgrade my existing well? 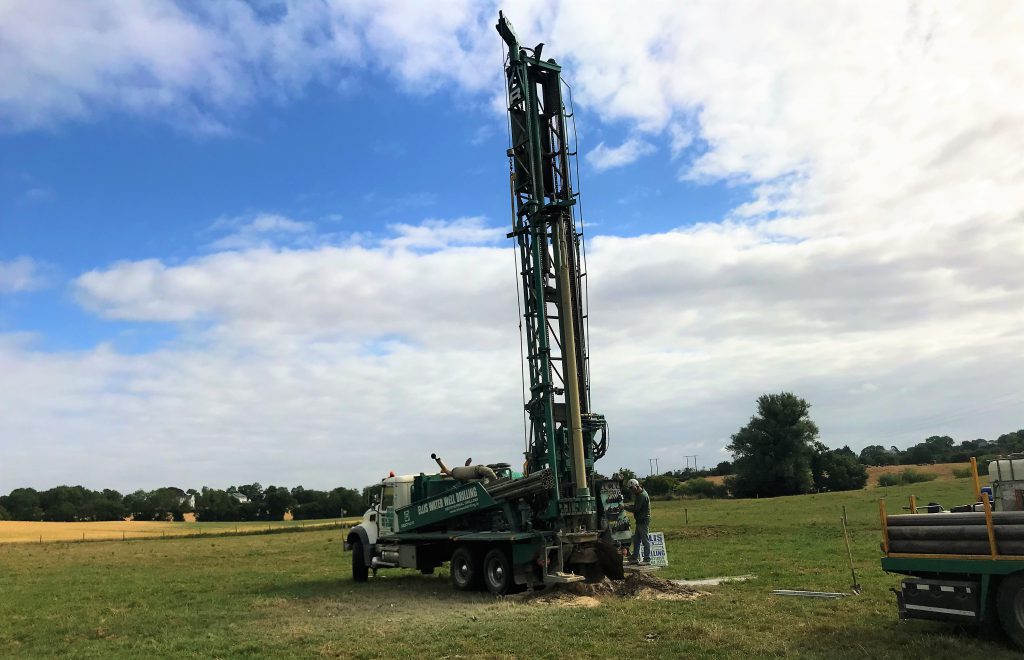 On this, Colette said: “If a well is over 20-25 years old, we would not encourage this. This well has ran out its life span. If we deepen that, there is no guarantee that you would get more yield and we would have to charge the customer for the work regardless of its success.

“They would be better off starting from scratch; there is also the risk of contamination. However, Ellis Well Drilling can carry this out in certain circumstances,” she concluded. 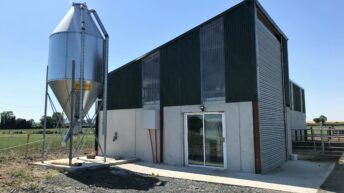 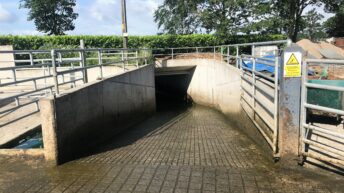