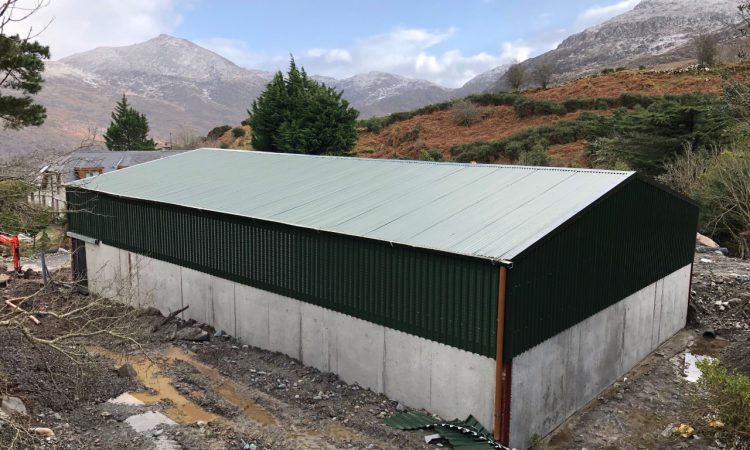 He has been sheep farming in Gortdromakiery for over 20 years, having taken over the family farm at a young age.

Michael works full-time off-farm, which makes it difficult for him to manage his flock – especially during the wintertime.

Therefore, having had to use his neighbour’s shed to carry out jobs, he decided to build a new housing facility that would allow him to farm efficiently.

Speaking to AgriLand, Michael said: “It’s hard enough to farm on the side of the mountain. However, it is even more difficult when you don’t have housing or handling facilities to carry out jobs.

The norm for me over the last few years, especially during the wintertime, was to come home from work around 5:00pm and go up to the hills in the pitch-dark and check on my ewes and feed them concentrates.

“When the weather gets bad I would have to carry the bags up the hill on my shoulders. This time of the year it is very difficult to drive the tractor up where the ewes are. I had to get my neighbour to pull my tractor out of the field the other day; the ground was that wet.

“Basically, in order to farm safely and efficiently, I had no real choice but to build a new housing facility.” 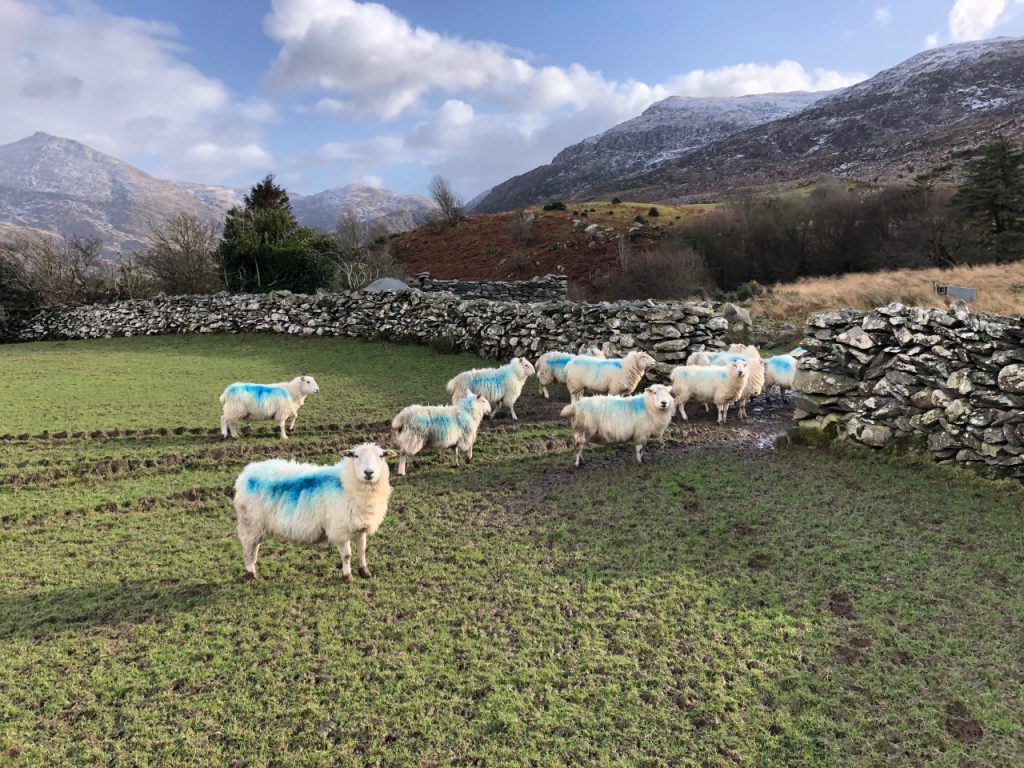 Giving the land a break

Farming 20ac of heavy ground and sharing a commonage of over 300ac with 10 other farmers, Michael runs a flock of 80 Cheviot and Cheviot cross ewes.

The ewes were introduced to two Cheviot rams in early Novemeber, with the aim of lambing down from March 17 onwards.

The majority of the flock are made up of mature ewes, except for a few ewe hoggets that were purchased last year.

Michael added: “The ewes have been on the lowland ground since the end of October and they will stay out on grass – weather permitting – until they are about to lamb.

“Then after weaning in July, they will go back up to the commonage area for about four months.

“The beauty of this new shed is I have the option of housing the ewes earlier. This, in turn, will allow me to give the land a bit of a break and hopefully result in more grass for the ewes and their newborn lambs in spring.” 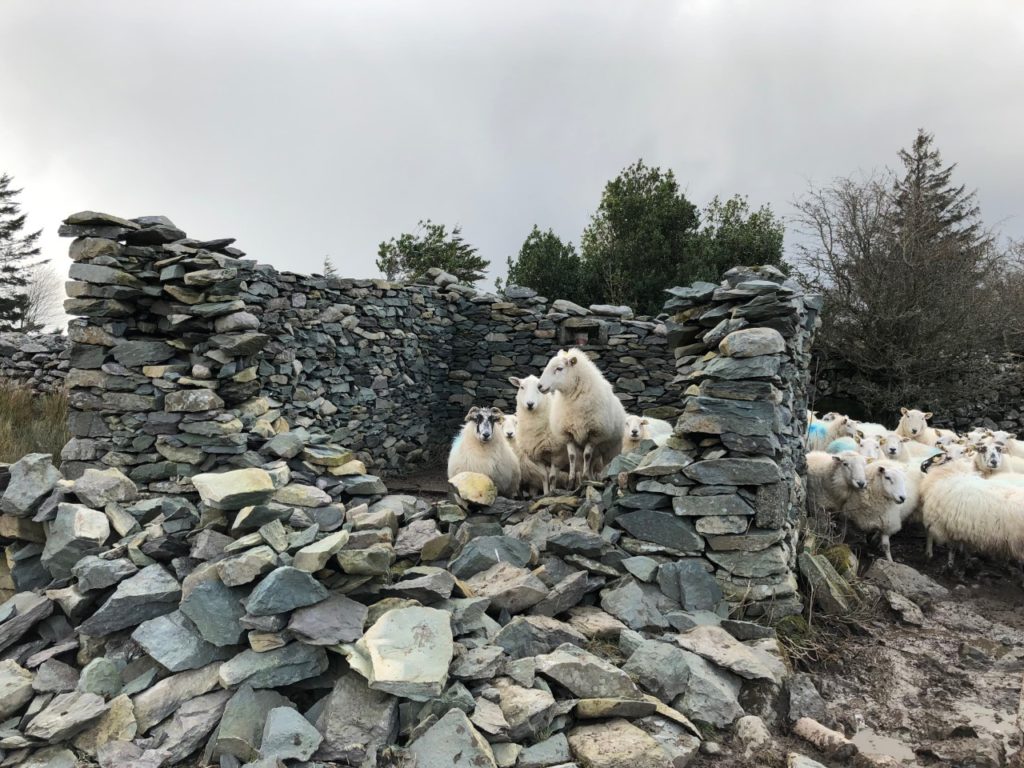 The fact that the shed is built at the foot of the Dunkerron Mountains, it made the task of building the shed that bit harder.

Over 7ft of soil and rock had to be dug out to get a level base for which to build the shed on.

Michael explained: “We had dug out about 3ft of soil and I thought we were good to go. However, when John McMahon of McMahon Construction landed to the farm and saw what we had done he shook his head.

“He said show me that level and he went to the front of the site and said you can build a shed there alright. However, you will be rolling from one end to the other if you don’t dig out at least another 5ft and make it level.”

The new housing facility was designed and erected by McMahon Construction.

The build began last August and the finishing touches are just being applied as we speak. The new build is 18.87m long and 11.28m wide.

The concrete walls of the shed stand 2.4m high, with the pens in the shed also made up of a concrete surface.

The fact that the ewes are housed for such a short period of time, Michael felt it wasn’t justified to install slats.

As mentioned above, the new housing facility consists of eight concrete-floor pens. The pens and feeding barriers were sourced and erected by O’Donovan Engineering.

There are eight feeding rail barriers installed in the new shed. These feed barriers are 1m high and include a 315mm-deep timber base.

Furthermore, an adjustable rail is built into the feeding barriers if Michael wishes to adjust the height so that his ewes have adequate space to eat.

At one end of the feeding barriers is a small gate, that allows for ease of access into the pen.

There are eight six-bar dividing gates installed in the unit.

These gates can fold back if Michael wishes to allow his ewes access across all four pens on each side of the shed.

The feeding barriers and dividing gates can be taken down with ease. This is another advantage to the build, as Michael plans to store hay and set up individuals in the two back pens of the shed.

Vented sheeting is erected the whole way around the shed, with a sliding door set to be installed at the front of the shed.

The sheeting along with airflow coming through the front door of the shed should allow for adequate ventilation throughout the unit.

Space sheeting was used on the roof of the shed to allow as much light to enter as possible and also to improve ventilation.

Furthermore, the fact that there will only be 80 ewes housed in the shed should mean there will be no problems in terms of the unit becoming too stuffy and warm. If Michael wanted to, he “could easily fit 25 ewes per pen” which would result in a total shed capacity of 200 ewes.

Michael is applying the finishing touches to his shed, which include: installing water troughs; fitting drainage pipes around the shed; and connecting the nearby electricity supply to the shed.

When all this work is carried out, Michael will turn his thoughts to housing his ewes for the lambing season.

At the time of our visit, John McMahon was working on the site – trying to get everything wrapped up as soon as possible.

Speaking to AgriLand: John said: “It’s hard to think you could build a big shed such as this on the side of a mountain.

A lot of time was spent getting the site level. After that, it was fairly straight forward.

“The big thing to get right was the drainage system. A huge amount of rain falls around this area and because the land is falling down towards the shed the flow of water downhill is quite heavy.

“Therefore, a huge emphasis was placed on installing a good drainage system. Otherwise, Michael could find himself in bother,” John concluded. 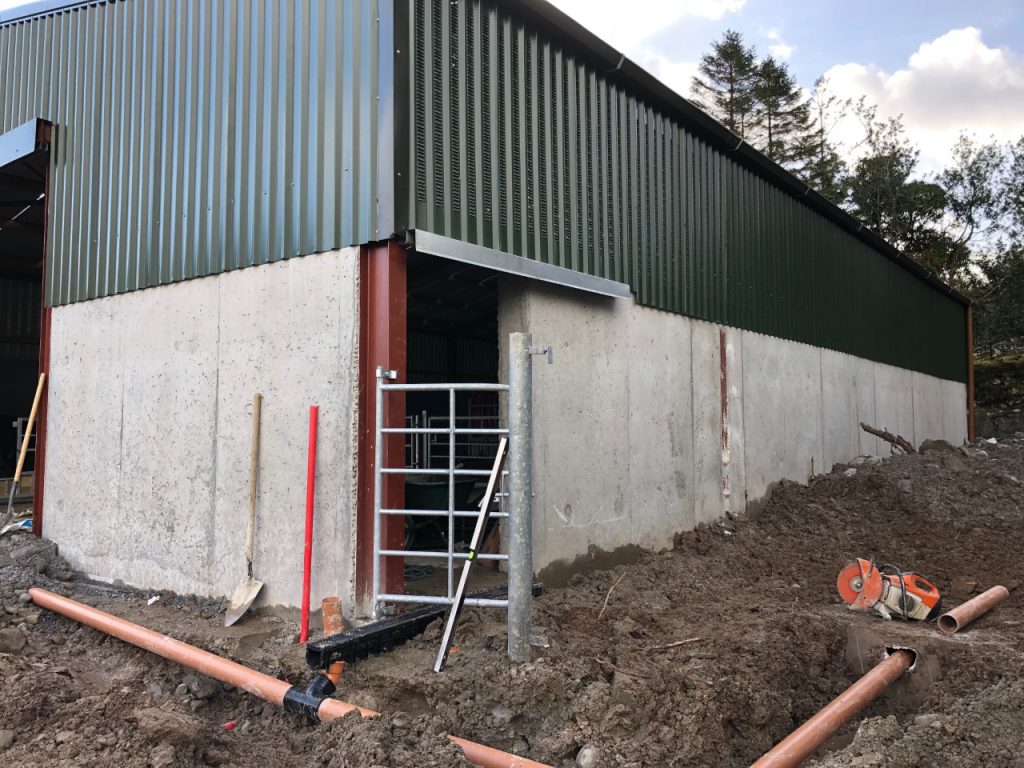 Only one place to go

At the back of the new housing facility lies all 20ac of Michael’s land. A roadway runs from the bottom of the yard right up through the grazing ground.

Michael plans to divert this roadway down to the shed by cutting through a ditch that will lead the flock straight down the field into the side door of the shed and into the pen.

This will allow the gathering of the flock to be a one-man job, as when the sheep are diverted downhill they have only one place to go, which is down the small road into the new unit.

Michael reckons that the build is going to cost in the region of €55,000 when everything is finished.

Michael added: “Overall, I am very happy with how it turned out. I suppose we hit a few bumps on the way, but that could only be expected considering the site the shed was built on.

“The shed is built to TAMS spec so I am hoping I will be able to avail of the grant.

“In terms of cost, it went a small bit over what I was hoping to pay. However, in order to improve the efficiency of the enterprise you need to invest and that is exactly what I did.

It’s a multi-purpose shed. I plan to store hay in it because I have too much room for the number of ewes that I have.

“My life will become so much easier now – especially during the wintertime. The days of walking through the fields in the pitch-dark are over now,” Michael concluded. 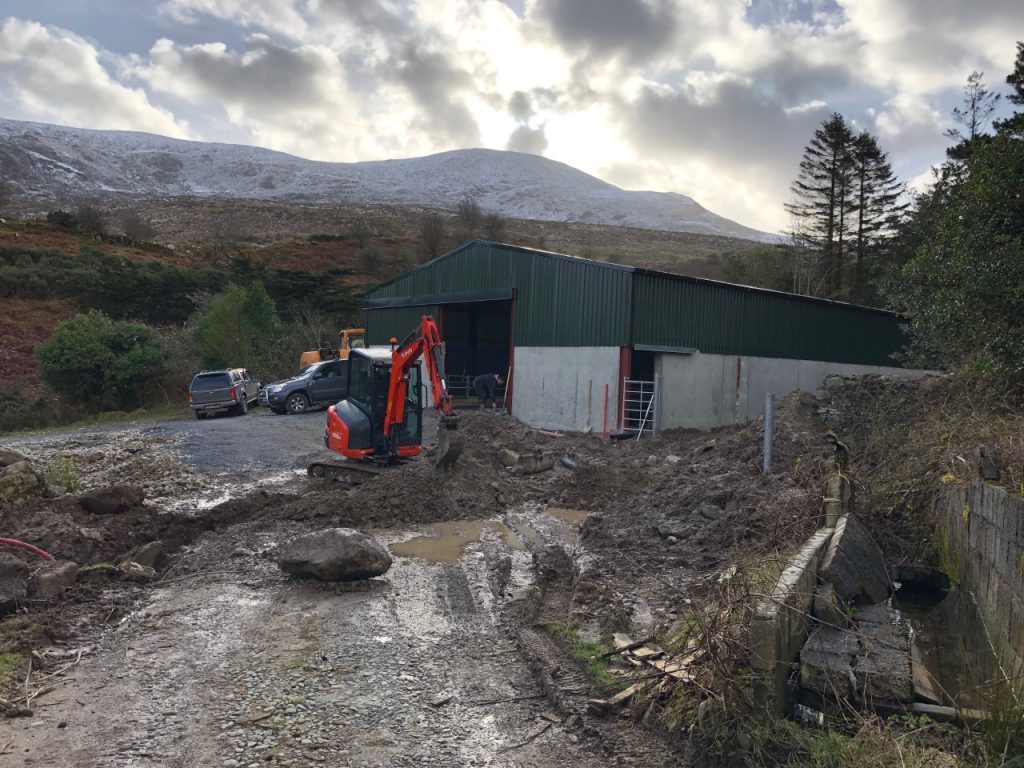 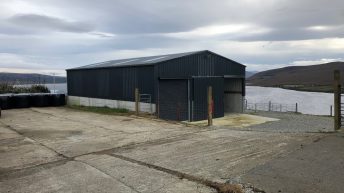