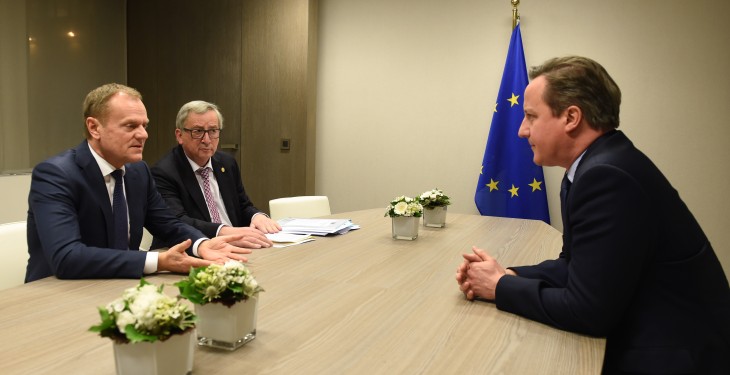 The future of support payments from the EU and the impact a possible Brexit would have on markets were on the agenda at the National Farmers’ Union (NFU ) Conference yesterday.

The farming union said that British farmers and growers must have more information about how their businesses will be affected if Brexit happens.

The NFU is currently working with a leading agricultural research institute from the Netherlands, LEI Wageningen, to model the potential impact of a Brexit under three separate trading scenarios.

In each of the scenarios the effects of three different levels of agricultural support will be estimated.

The impact of these policy changes on UK commodities production, domestic farm-gate prices, farm incomes and trade flows will be modelled.

NFU President Meurig Raymond said that if Britain is to stay in the EU then David Cameron must be clear.

“How will the UK’s position within the EU’s single market be made stronger?

“Will this week’s European Council lead to a commitment to create a globally competitive market with less red tape and compliance costs and better regulation for the benefit of British agriculture?

“The NFU is leading the way by working with LEI Wageningen to model the potential implications for British agriculture if the UK leaves the EU.

“This study, which we will make public in the spring, will set out how of our members’ businesses could be affected. We believe it will go a long way to help them reach their own decision on a Brexit.”

Raymond said that British farmers must not go into an EU referendum without all the information.

“If Britain stays in the EU we need to know what steps will be taken to make European agriculture more competitive.

“And will there be an EU commitment to regulations that are more science-based and proportionate?

“If we remain a Member State, will we be able to remove some of the blocks to progress – such as barriers to biotechnology?”

The NFU President questioned what a British agriculture policy would look like and what would the future of support payments be?

He also asked how will British farmers access the European market and will the UK be more open to imports from outside Europe?

“These are the questions that the NFU is asking both sides of the argument. We must have clear and accurate answers which the agriculture industry can depend on to make their decision when a referendum is announced.”

Tomorrow, Raymond will meet a group of nine British MEPs in Brussels to express the NFU’s list of nine key questions on UK farming’s relationship with the EU now and in the future.