Richard Whelan’s dairy farm in Clonard, Co. Meath is home to some of the top pedigree Holstein cows in the country.

The Meath-based farmer is milking these high-potential cows on a grazing platform of 50ac, as well as growing 30ac of forage maize to maximise the use of his land.

With the abolition of milk quotas in 2015 and the installation of a Lely robotic milking system on his farm, a new opportunity opened for Richard to further tailor his cows’ diet.

Working with ruminant nutritional experts Specialist Nutrition, who he has a relationship with for over 15 years and from whom he purchases a range of products including brewers grains, maize and silage additives; Richard focused on fine-tuning his animal’s nutrition programme in order to unlock the full potential of his farm.

This resulted in a average milk solids production of 844kg/cow – the herd is currently reaching its full capabilities.

Through the introduction of a robotic milking system Richard was able to ‘feed-to-yield’.

This allowed him to feed individual cows more precisely, while maintaining overall performance and body condition throughout the season.

To achieve this, Specialist Nutrition worked with him to rebalance his herd’s diet with a focus on improving overall animal intake within the TMR (Total Mixed Ration) mix.

“The genetics in my herd were good and the cows were performing well; but I knew there was more potential.

One of the key challenges was to make maximum use of the concentrates and forages that I was feeding.

“By working with Specialist Nutrition, I was able to address that and found that brewers grains in particular helped me achieve my goal,” Richard said.

Richard wanted to reduce the variation in protein intake between fresh and late lactation cows, which was accomplished by reducing the protein in his dairy nut and increasing it in the TMR diet.

This ensured more efficient use of his feed and better intakes by the cows.

The TMR diet during the winter consisted of grass and maize silage, brewers grains from Specialist Nutrition and a four-way mix of rolled wheat, maize meal, soya and beet pulp.

The cows were then fed-to-yield with a 17% dairy nut in the robot.

With this mix, his cows consumed an average daily intake of 60kg of fresh weight throughout the winter months – an intake increase of 8% compared to previous years.

Within this diet, brewers grains provided an excellent feed for his herd. It’s a good source of digestible fibre, along with containing heat-treated protein and oil.

Pale to mid-brown in colour and highly-palatable due to its pleasant malty aroma, brewers grains mix well with other forages to encourage high intake levels.

Richard explained: “Brewers grains provide a good source of protein and I’m able to get more home-grown forages into them, due to brewers grains’ palatability and how well they mix within the TMR mix”.

“If it wasn’t present in the diet it would be a major omission,” he said.

Replacing a second cut of silage with brewers grains has enabled Richard to maximise the potential of his land.

He pits brewers grains in the summer months to ensure he has a reliable feed to last him until the end of February, without compromising his grazing platform.

By pitting properly, Richard has maintained the high-quality nutritional value within the brewers grains feed.

Richard explained: “Once the load comes in we heap it up into a pit and then cover it with plastic sheets, along with plenty of weight on top of it, like heavy tyres and sand bags.

“The process is no different to normal grass or maize silage pitting.”

During times of grass shortage or difficult grazing conditions, Richard hasn’t been forced to put extra pressure on his land by grazing it.

The ruminant nutrition expertise of Specialist Nutrition, coupled with brewers grains’ unique nutritional and palatable features, has unlocked the true potential of Richard’s farm and increased his farm’s profitability.

“Working with Specialist Nutrition and pitting brewers grains has been a ‘win-win’ for me and my farm.

I’m safe in the knowledge that I have a guaranteed supply of fodder that’s not impacting my grazing platform. 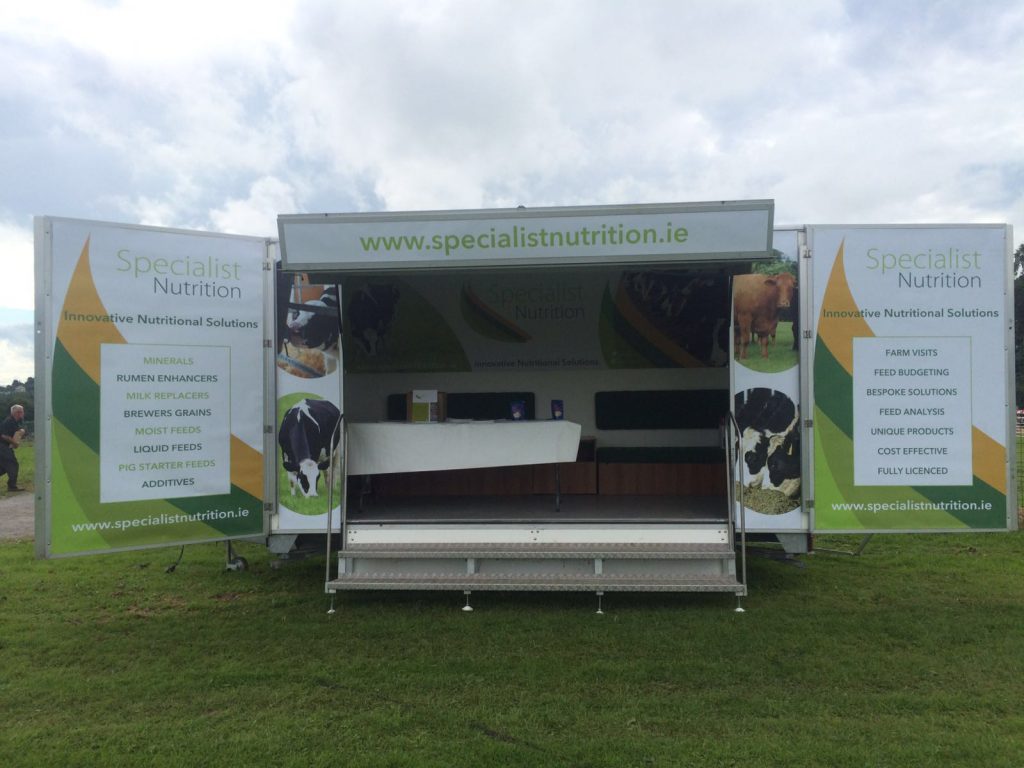 Specialist Nutrition, in partnership with Lely, will be hosting an open day on Richard Whelan’s Farm in Clonard, Co. Meath on Thursday, May 11, at 11:00am.

Brewers grains pitting demonstrations, dairy nutrition options, forage and feed analysis, along with a Lely robotic milking system demonstration and a BBQ, will all be part of the day.