‘Breeding cows is a long-term project’ 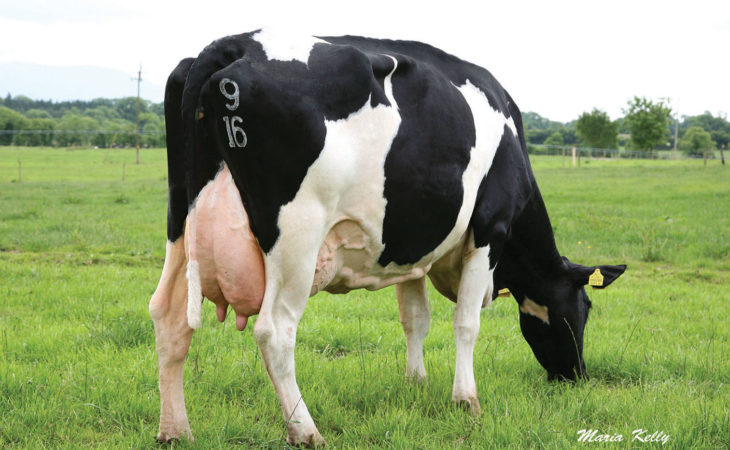 Not only does Eurogene AI Services have the number one daughter-proven bull available – Lucky Gloss (YKG); it also has the number one genomic young sire Curra Fionn, with an EBI (Economic Breeding Index) of €341 and a fertility sub-index of €178.

Fionn (FR4554) was bred by Kieran Hearne, Rathgormac, Co. Waterford. Kieran’s herd is currently ranked as the number one herd for EBI in Ireland and has produced many outstanding sires in the past, including: Curra Roy (YRC); Curra Stevie (CSW); Curra Alfie (FR2051); and Curra Sampson (FR2101), to name but a few.

The herd is made up of at least five outstanding cow families, including: ‘Annes’; ‘Angels’; ‘Bernies’; ‘Caras’; and of course ‘Esters’ – from which Curra Fionn derives.

The Ester line was one of the foundation families in the Curra herd, which Kieran has developed over the years and has consistently thrown up high-EBI young sires – such as Fionn.

Another such young bull left the herd for the UK in 2017 from this family, whilst another currently ranks in the top 20 on the ‘Active Bull List’.

Frequently, quite a lot of the high-ranking young sires are bred from first-lactation daughters, who themselves are high EBI just based on parental average; but they don’t yet have a proven track record.

Fionn certainly cannot be accused of this because his Keet (BWZ) dam is now in her ninth lactation and has been an extremely fertile and productive cow.

Indeed, it was great to see both the dam and gran dam of Fionn grazing with the main herd last spring when inspected. The gran dam, by Jordanaire (CWJ), was in her 10th lactation and both of them have calved in every year without fail; that’s real fertility and longevity.

Kieran and his wife Ann, along with their four children, milk 180 spring-calving cows on over 200ac. Most of the herd is AI sired and a team of seven or eight bulls is used.

The Curra Herd is made up of mostly Holstein Friesian cows. In 2016, Kieran had 66 cows listed on the top 2,000 EBI cows in the country.

Touching on his breeding policy, he said: “Breeding cows is a long-term project; but if you have a plan in place, anything is possible.”