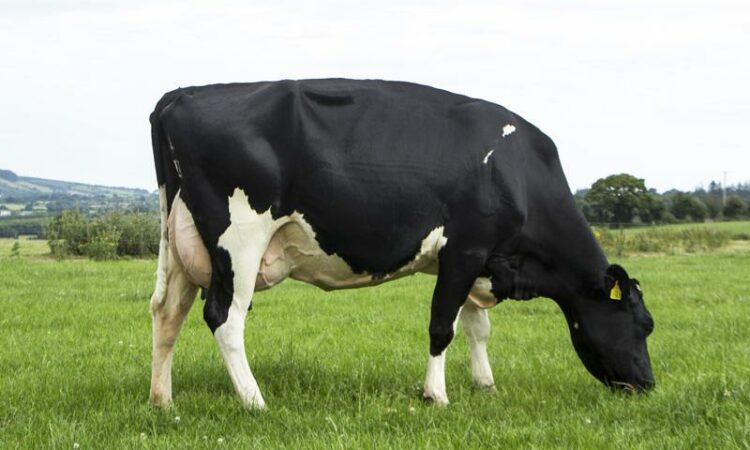 With the breeding season fast approaching on most farms, Progressive Genetics sat down with Shane Leane to find out what issues are on the minds of farmers at this critical time of year.

Shane has a PhD in dairy cow fertility and was manager of the Teagasc Curtins farm before joining Progressive Genetics.

A good deal of farmers have picked their bull teams for the coming season.

“EBI and milk solids are the main criteria more than ever,” according to Shane. Farmers are seeing the effects of breeding for better fertility through more cows calving in the first six weeks of the calving season.

This is pushing output from longer lactations. Shane says this extra volume of cows calving is putting pressure on farmers, but easy calving and a robust cow type helps.

“Farmers are aiming for 500kg+ milk solids now but doing it from longer lactations and a more mature herd rather than thinking about more meal feeding.

“Efficiency of production is a major criteria for most. As a result most farms want a medium-sized cow so are aiming for a maintenance index of around €10 or more for the bull team. This can give a cow that is not big but still capable of producing 500kg solids.”

Shane has a key role in picking the “fresh panel” that the Progressive Genetics technicians carry on a daily basis. This team averages over €302 EBI and +0.16% protein.

Shane makes a very important point about using high EBI. “Currently, over 40% of the dairy replacements are not bred from AI; this is reducing the speed at which farms can improve solids production.

“Getting the national average solids per cow up means more profitable farms and a lower carbon footprint. Using more AI in dairy herds is easy and vital for the future of the dairy industry.”

Getting prepared for AI

With the start of AI just a few weeks away, now is the time to prepare your herd for breeding.

HerdApp phone software is a great tool for managing your herd in this key period. It can instantly show cows not cycling, cows due to repeat, etc. It can really simplify record keeping for breeding.

Two recent developments are getting good feedback from users. The first is the MooCall HEAT, a collar placed on a vasectomised bull for heat detection. The second is milk pregnancy testing.

The bull collar is a nice add-on to what is already the gold standard for heat detection – the vasectomised bull. Experience to date has been really positive as more and more farmers use the collar. 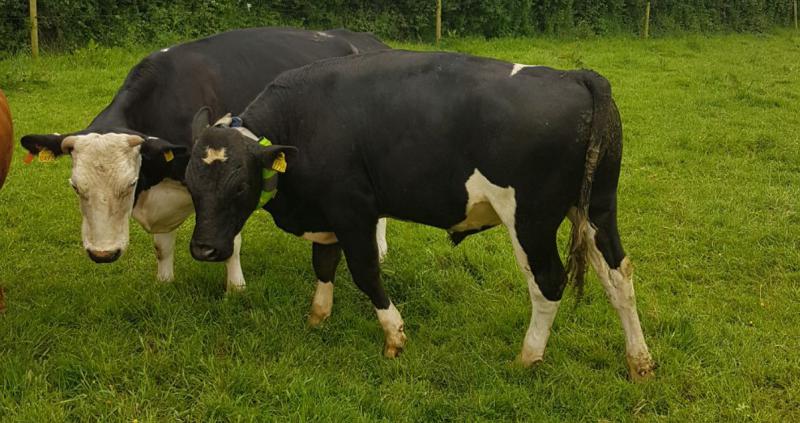 Milk pregnancy testing is very interesting as it gives the opportunity to test small batches of cows on a regular basis during the breeding season (with samples sent via the post and/or milk recording).

The test can be used from 28 days. Herds using the test find that sampling cows from 28 days enables the maximum benefits from the test; if she comes back not in calf she can be recycled quickly and hopefully get in calf.

“For me the test is very straightforward, hassle free, a labour saver. To be honest, I wouldn’t do without it,” he said.

Fran Allen of Allenwood Holsteins, Ballytore, Co. Kildare, has used milk pregnancy testing for the last two years. “I am 100% pleased with the test.

“I have found the test to be very accurate and for me there are lots of important pluses. There is no extra work, no hassle and no stress for cows. I will certainly be using milk pregnancy testing in the future.”

Shane has found the conversation around using beef on the dairy herd is changing. Firstly, because of improved fertility, some herds are easily able to breed enough dairy replacements in the first four or six weeks.

So, instead of using all dairy for six weeks and then all beef, they are being more selective about which cows are getting beef and using some beef AI early in the season.

For this to work you need to be identifying your poor performing cows through milk recording, but it also allows for using some better quality beef bulls as gestation length is not such an issue when used early in the season.

The second concern is improving calf value. A good number of herds are using some better quality Angus sires like Man Oh Man AA4087 and Master AA2309 and Hereford sires like Kohinoor KKO on older cows. There is also a strong interest in the easy calving Blue, Simmental and Limousin bulls.

Kevin Murphy, farming in Clonroche, Co. Wexford, will milk 100 cows this spring. He has been using Belgian Blue sires for a number of years.

“I like Blues, for me they have been the logical choice, now more than ever with more and more focus on calf quality.

“I use easy calving, short gestation Blues like DBZ and Ideal BB4286 on mature cows – usually cows that I am not mad on. I like that I can sell them as dropped calves and get a top price or finish them or whatever.

“This year, my best cows will be served to high EBI sires, but three-quarters of cows will get beef sires, mainly Blues with some Simmental Earp (SI2152) and Fifty Cent (SI2469); plus a small number of second calvers will get Hereford, maiden heifers will get dairy AI and a little Angus.”

Kevin has in the past finished Blues off of the dairy herd, but has sold a couple of this year’s calves already.

Jerry Moloney, farming just south of Nenagh, Co. Tipperary, used some Belgian Blues last year. “I used them on the cows that had the poorest solids [on milk recording] and cows that I generally just don’t like.

“I have found Rachid (BB2083) a very, very useful bull. They’re lovely calves, easy calved, and most importantly with them I have had zero issues. I’ll be using more of him this year.”

Jerry’s farm is fragmented and he is going to hold on to his Blue calves for the moment – the plan is to sell them as yearlings.

As mentioned, milk recording can identify cows that are lower performing and also your high and low SCC cows. As herds reach their maximum size, selective breeding and culling becomes an option.

Identifying the low performance cows for beef AI and culling can improve the quality of the herd.

With SCC, identifying the high cows continues to be a focus but as herds focus on reducing antibiotic usage through selective dry cow, then identifying the low SCC cows is just as important.

As part of a recent farmer survey conducted by Progressive Genetics on dairy herds that have never milk recorded, 97% of farmers agreed that “with selective dry cow therapy on the horizon, milk recording is something I am becoming more aware of”.

From discussing these issues with many farmers around the country, Shane has some thoughts on the future direction of the industry.

“Farmers remain hugely focused on profitability, as they should be. Fertile herds getting the most out of grass is what most guys want and many are achieving 500kg solids from moderate meal feeding.

“However, farmers are becoming mindful of environmental and animal welfare perceptions of the industry. Mostly, there is not a conflict between these, thankfully.

“High EBI is making it possible to fulfill both criteria and with tools like milk recording and the right beef bulls farms can be profitable and responsible.”

Progressive Genetics has the top five bulls on the Active List (ICBF, March 2019); see those sires and more by clicking here