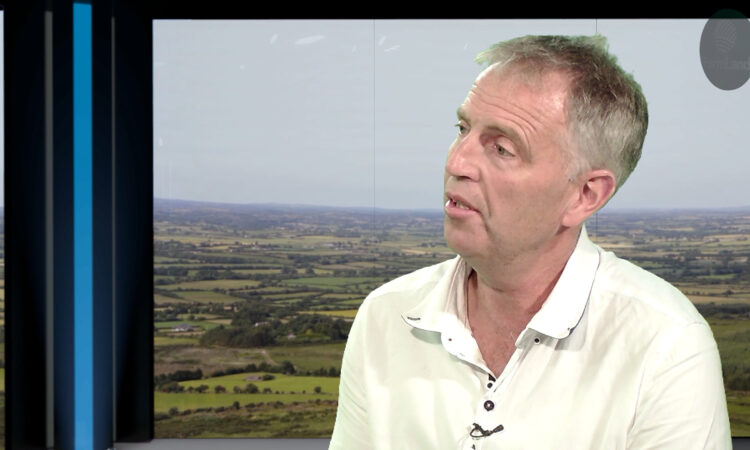 Some of the country’s breed societies have started to row in behind the newly-formed Beef Plan Group, according to its spokesperson Eamon Corley.

Speaking tonight on the fifth episode of FarmLand – AgriLand‘s new, cutting-edge, digital broadcast show – Corley, who is also the livestock chairman of Meath IFA, revealed that the Irish Charolais Cattle Society in particular has reached out to the group in recent days.

The Charolais society is coming on board with us and a few of the other breed societies are backing what we are doing.

“We’re talking to the IFA and other farm organisations; and we’re trying our best to get them to back our plan.

“We need to be united because we have a very tough battle to get paid properly for the work that we do,” said Corley.

The core members of the recently-formed body have been involved in a producer and purchaser group together for the last three years.

However, due to frustration over cattle prices remaining well below production costs, the group decided to take action into their own hands.

Over the last three months the group – which claims to have more than 530 members from across the country – drafted a new beef plan titled ‘Beef Plan 2018-2025’ which came to public attention in the last two weeks.

The blueprint of the document proposes 86 points across eight phases to address the issues of unsustainable farming and low prices.

Speaking publicly for the first time, Corley told presenter Claire Mc Cormack that the reason behind the formation of the group was to “put a plan together for the beef sector”.

“The reason it was formed was that we would try and unite farmers and try and get a bit of power back in our industry, because we feel that farmers on the ground are the most important piece of the beef industry.

There has been a lot of pressure put on us in recent years with unsustainable prices and prices that we had no control over and our only option was to take those prices.

“So, I suppose it was out of desperation and, on top of that, there didn’t seem to be anybody representing the farmer on the ground,” Corley said.

Although a significant number of the new group is made up of IFA members, Corley said any farmers that are involved in beef are welcome to join.

There is a huge amount of beef farmers out there that have given up on farm organisations and they just feel that those organisations haven’t represented them over the years.

“They don’t see any point and that is right across the country; but these farmers are still interested in beef and they are still trying to make a living out of it.

“It’s just [that] they have very little confidence in the people representing them at the moment,” he said.

He outlines his vision for the group and how it intends to engage with factories in order to get a “fair return” on production costs, plus a margin, for beef producers.

We don’t accept that the market price of cattle should necessarily be the way that our price is dictated.

“What our group is proposing is that we think the factories should give us a cost of production plus a margin.

“No sector can be expected to work for nothing; we all deserve an equal share of that pie,” he said.